Excerpt: Catherine Fogarty’s ‘Murder on the Inside’

In her new book, the author takes readers back 50 years to the bloody Kingston Pen riot — and considers its causes and legacy
By TVO Current Affairs - Published on Apr 14, 2021
Canadian Armed Forces troops arrive at the Kingston penitentiary on April 15, 1971 to help prison oficials after inmates took control of the main cell block. (CP/Peter Bregg)

Fifty years ago, on April 14, 1971, a small group of inmates at Kingston Penitentiary, Canada’s oldest prison, overpowered unsuspecting guards and instigated what was to become one of the most violent and devastating prison riots in our country’s history.

The early 1970s was a time of great political and social upheaval, and what was happening in our prisons reflected that change. Deteriorating prison conditions and the increasing awareness of basic human rights were creating a combustible penal environment both in Canada and south of the border. The civil-rights movement of the 1960s had given rise to a new breed of inmate — politically aware young men with radical ideas of rights and freedoms. Prisoners wanted to be treated like humans instead of numbers, and they were demanding to be heard. 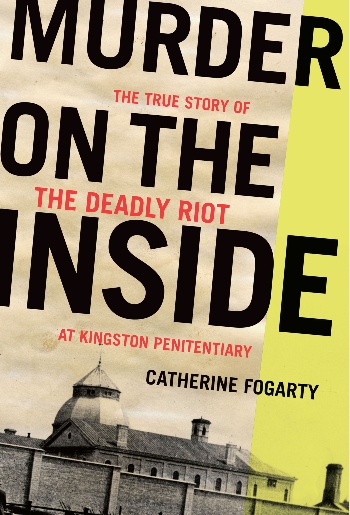 ​“You have taken our civil rights, but we want our human rights,” read a banner hanging outside the prison walls in Kingston during the riot. But what began as a rallying cry to the outside world for prison reform and justice quickly dissolved into a tense hostage taking, savage beatings, and ultimately murder. For four terrifying days, prisoners held six guards hostage as they negotiated with ill-prepared prison officials and anxious politicians, while heavily armed soldiers surrounded the prison and prepared for an attack.

It was an insurrection, unprecedented in scope and savagery, but the deadly ingredients for the riot had been brewing long before that fateful night in April. The warden of Kingston Penitentiary had alerted his superiors in Ottawa that the prison was dangerously overcrowded and understaffed. Another aggravating factor was the recent transfer of inmates to a new penitentiary called Millhaven. Rather than welcome a chance to leave the aging structure they were in, Kingston Pen prisoners were terrified of the newly built super-maximum prison, which was rumoured to be even more repressive, with security cameras and hidden microphones monitoring inmates’ every move.

But the danger signs were not heeded, and the years of mistreatment, bitterness, and distrust ultimately created a human volcano inside the prison. Life inside the archaic jail was humiliating and dehumanizing. There was serious overcrowding, few rehabilitation programs, severe punishments, and extreme isolation.

When the rebellion finally erupted, it made headlines around the world, as did another prison riot six months later in Attica, New York, where 39 guards and inmates were killed by police fire. Fortunately, the Kingston Penitentiary riot did not end in the bloodshed of Attica, but it did cost the lives of two men and changed the lives of many more.

Like many long-forgotten stories, I found this one by chance. It was a brief mention in the Globe and Mail’s “This Day in History” column. Intrigued, I cut it out and added it to my ideas folder full of other scraps of paper. But there was something about this story that I was inexplicably drawn to, a desire to know more about what actually happened behind Canada’s limestone fortress so many years ago. Six months later, that small piece of newsprint became the inspiration for my first foray into historical non-fiction. I can now say, five years later, that I really had no idea what I was getting myself into!

A few months into researching the story, I found myself driving to Kingston, the picturesque town on the shores of Lake Ontario where Canada’s most famous prison opened in 1835. The original facility consisted of a single cellblock containing 154 cells. Designed to hold 500 inmates, its population grew every year as more and more desperate men found themselves locked away inside its walls.

I was heading into the “belly of the beast,” having snagged a hard-to-find ticket for the Kingston Penitentiary tour. Since the penitentiary closed its doors in 2013, thousands have flocked to the notorious prison to finally get a look inside. But I wasn’t just a curious tourist; I was a writer on a mission to find the true story behind the events of April 1971. I knew Kingston was the place to begin my research. After all, it was the birthplace of the Correctional Service of Canada, and Kingston Pen was one of the city’s defining institutions. But by the time I drove back to Toronto 24 hours later, I was certain of only one thing: the ghosts of the 1971 Kingston Penitentiary riot were not going to be easily awoken.

Although the riot had occurred decades earlier, I soon discovered this was an event that few were willing to revisit. The Correctional Service of Canada, which controls all federal penitentiaries, was quick to ensnare me in red tape. Calls and emails would go unanswered for weeks. Every request led to more forms and more delays. The Canadian Penitentiary Museum, which is conveniently housed in the former Warden’s Office across the street from Kingston Pen, informed me that they had little information about the riot. The Kingston Police also had no records dating back to 1971.

Multiple trips to the Ontario provincial archives required more paperwork, freedom of information requests, and further appeals. When documents were finally received, they would often be heavily redacted. A trip to the Queen’s University archives to obtain historical photos from the Kingston Whig-Standard led to even more frustration when it was discovered that someone had removed all of the photo negatives related to the four-day riot. But with each disappointment or closed door, I remained determined to exhume this story from behind prison walls.

Eventually, I was put in touch with a group of retired correctional officers. When I contacted the organizer of the group, she was more than willing to offer assistance in trying to find any officers who had worked at Kingston Pen during the riot, but she cautioned me that they might not want to talk. Once again, I was up against a well-entrenched code. Prison guards, for the most part, like police officers, live behind a “blue wall” of silence.

A carefully worded email was distributed to over 100 retirees, but my inbox remained empty. Then, a few weeks later, I received one short, cryptic note: “I was there, but I don’t know how much I can tell you.” Eventually, a few more emails trickled in. Soon, I was headed back to Kingston for several clandestine meetings in shopping malls and coffee shops. The retired prison guards I met were initially cautious and  suspicious. The job had made them that way. These were strong men and women who had worked in an unforgiving environment. Their work for the most part was mundane, but potential violence lurked around every corner. Their only refuge was the camaraderie they shared with each other. They did not take their jobs home with them, and they did not talk to outsiders.

But eventually some did talk, and the stories they told me were similar. Their recollections of the April 1971 riot were scarce. Many of them who had returned to duty during the riot had stood outside the prison walls for four days and nights, helpless while their six kidnapped colleagues remained inside. Most of what they knew had come from hearsay, rumours, and news reports.

As they mined their memories and slowly revealed their stories, I was surprised to learn that many of them held an enduring respect and fondness for Kingston Penitentiary. It was Canada’s oldest prison, archaic in its structure and systems, but the men who had worked within its walls felt part of a shared history and a connection to its memory. For them, there was no place like KP.

But many were angry. Angry with the bureaucracy they had worked for. “You give them 30 years and you don’t get so much as a thank-you in the end,” said one retiree. At their biannual reunions at the local legion hall they now swap old stories and remember old friends. And just recently they had started talking about PTSD.

Today, the Office of the Correctional Investigator looks into what is going on in Canada’s correctional facilities. In his most recent annual report, in 2019, Ivan Zinger, the current correctional investigator, stated, “With present spending, investment and staffing levels, Canada should be outstanding in every aspect of correctional performance.” But his report indicated that considerable improvement was still needed. Inmate assaults on each other and against staff are increasing, suicides are escalating, and prison homicides are at their highest numbers in a decade.

The year 2021 marks the 50th anniversary of the Kingston Penitentiary riot, and yet, as I learned, it remains a story few want to revisit. This story takes you behind the walls of the maximum-security prison during its deadliest siege, when men from all walks of life —convicts, lawyers, newsmen, politicians, and prison administrators — were thrust together to try to bring about a peaceful resolution to a dire situation. Out of the fray emerged some unlikely heroes who saved hundreds of lives, including those of the kidnapped guards, while others sadly turned their rage against the weakest among them.

But half a century after the Kingston Penitentiary riot, an event where prisoners asked to be heard and demanded to be treated humanely, we have to ask, what have we learned? Our country still struggles with fundamental questions related to incarceration and basic human rights. Cruel injustices continue to happen in our prisons every day.

It is my hope that in re-creating this moment in our penal history, I have offered the reader a glimpse into a world that remains hidden from our view, a peek behind the curtain of a correctional system that is still deeply flawed in its philosophy and practices. The Russian writer Dostoyevsky once said: “The degree of civilization in a society can be judged by entering its prisons.” But how are we to judge if we are still not even allowed to see inside?

History
How activists fought racist restaurateurs in southwestern Ontario
In the early 1950s, most restaurants in Dresden refused to serve Black people. So activists pushed back, taking their cause to court — and changing Ontario history.
Genelle Levy 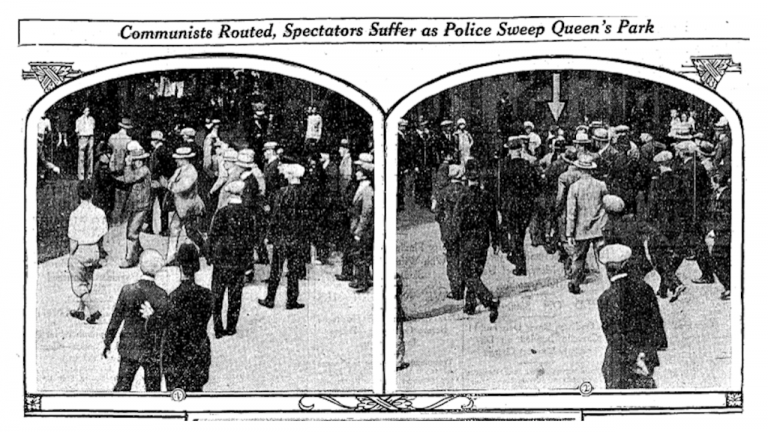 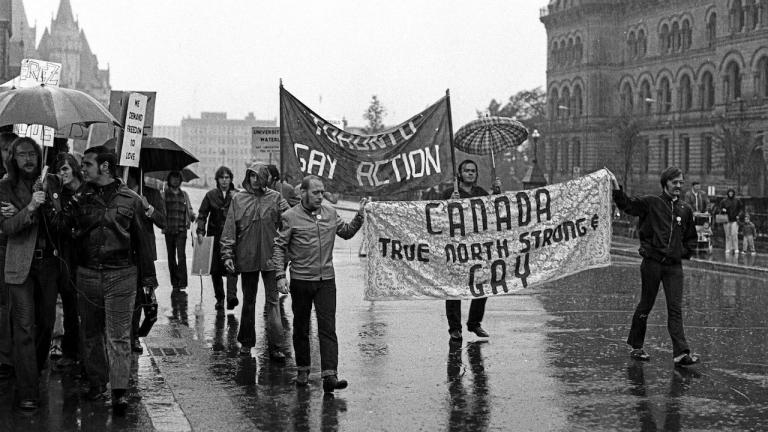