A father and daughter travel to Ireland to find their roots — and spend time together as he struggles with Parkinson's disease
By TVO Current Affairs - Published on Aug 25, 2020
Alison Wearing and her father, Joe, explore their family history in the Dublin Archives in 2016. (Photo courtesy of Alison Wearing)

I was fortunate enough to know both of my maternal grandparents, and I am affectionately curious about my father’s parents: who they were, where they came from, what they loved — feminist opinions and debates at the dinner table, apparently; bless their progressive souls — and even who their parents were. But once there is a need to count the greats on the fingers (your great-great-great-great-grandfather farmed a small plot in County Sligo, for instance), or once we’re beyond first cousins or the term removed gets involved (as in, she would be your great-great-great nephew’s wife’s fifth cousin twice removed), I can feel myself scrabbling away like a cat trying to get out of a bath. 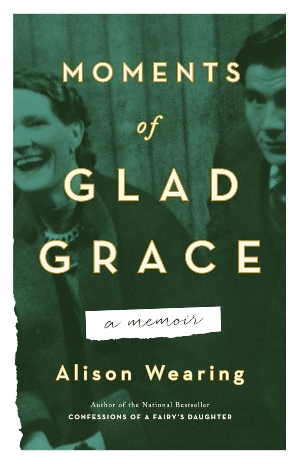 ​​​​​​​​Many people would be intrigued to learn who their Irish great-great-great-great-grandparents were, whether or not they farmed (safe guess: yes), how big the plot was, in what parish, whether the lease is extant, and where that unreadable document is housed. Now more than ever before, I wish I were one of those people.

I should say that I’ve tried.

I should say it twice: I have tried.

For decades, my dad has shared, with ebullient enthusiasm, his successes in locating the gravestones, family crests, photocopies of 18th-century birth records, illegible microfilm photographs of death certificates, branches and twigs of family trees, suspected coats of arms, and even a sword used in the Napoleonic Wars by my great-great-great-great-great somebody-or-other. (The weapon is mounted — a bit menacingly, I’ve always found — over a doorway in my dad’s house.) He first developed an interest in ancestry when he was still a graduate student, but since retiring, he has tackled it with almost obsessive zeal, scouring archives, corresponding with distant relations, joining genealogical societies and websites, and having his DNA analyzed. Twice. While I can summon as much interest as the next person for the source of it all, the universal Who am I and where do I come from?, a vague and hypothetical answer is enough for me.

This is not sufficient for my dad.

And that’s why we’re here, I remind myself. So it’s important that I offer all the energy I can to this expedition.

“Okay, the Jeanie Johnston it is!” I say with artificial but determined eagerness.

He’s still in his nightshirt, a pale-blue, striped, knee-length thing that makes him look the very picture of a nursery-rhyme character — Wee Willie Winkie runs through the town, upstairs downstairs in his nightgown — and, though I’ve seen him wear the get-up countless times before, there is something especially adorable about it this morning. He’s lost weight, I’ve noticed, and lately he’s been joking about how much shorter he’s become, but standing here together in our bare feet I notice it’s true: he’s not much taller than I am now. He used to tower; suddenly he’s petite. It’s both impossible and undeniable.

He smiles and squeezes my arm. “Isn’t this fun?” he says before scurrying past and knocking me into a memory, a time when I was not much taller than his thigh.

It was the summer we were at family camp in Algonquin Park, a week when parents and kids were invited to use the cabins and facilities of what was normally a camp just for boys. My memory is of the final-night revue, for which my dad had written satirical choral music that referenced some of the week’s events. He had roped a dozen or so parents into being his choristers and had them all clad in green garbage bags, though the reason for that costuming choice escapes me. What I do remember is that my dad didn’t conduct but sang as part of the chorus line, and that he was belting out his absurd song with such gusto and panache — how to describe the extent to which my dad throws himself into things? — he might as well have been on a Broadway stage. In his own mind, I believe he was. The audience was roaring with laughter, wiping their eyes and banging the tables; the whole dining hall reverberated with joy.

I recall looking around at everyone and taking that in, the effect my dad was having on people, the levity they felt, the hilarity he was spinning. I must have been about seven or eight, for it was well before that kind of thing would become embarrassing, before I would wish he were more like other dads, more subdued, more ... macho. At that time, all I felt was awe, a pride that inflated me to such a degree I felt I might burst — and I did, exploding from my seat in the audience, catapulting myself into the middle of the performance, running at my dad and wrapping my arms tightly around his thighs.

He did not miss a note. He simply placed his hand on my head and continued singing, his whole body bouncing and bobbing with the effort, his voice like a gazelle. Almost immediately, I regretted my move. The song seemed to go on for an eternity. There were so many verses. And I can still summon the saggy chemical stench of that garbage bag, the sweaty scrunch of dark plastic against my cheek. But I also remember how powerful my dad felt, how much energy he had. It was like being attached to a rocket. It was a kind of flying. It was ebullience and rapture, gaiety and sparkle, jubilation, the fullness of life.

It was my dad at his finest.

By the time I emerge from the memory, he has changed out of his nightshirt and is ready to go, though halfway down John’s narrow hallway he remembers an email he needs to send, so he tells me to go on ahead, we’ll meet outside.

And my god, it’s sunny again. Not warm, exactly, but sunny. Sort of. The sky isn’t blue, but it looks as if it might consider that shade for a future occasion.

Well, wait. In the time it’s taken me to write that, it’s become chilly and grey.

People are in wool coats; women are in short skirts and sheer black tights, outfits that feel more like a protest — up yers, drizzle — than clothing that makes any sense in this climate. The men are in sweaters, jackets, nothing particularly notable, and people are the way people are in cities the world over: rushing to get somewhere other than where they are.

In the time it’s taken me to write that, it’s started to spit. And by the time I’ve flipped to the back of my journal and added “His Wee Willie Winkie Nightgown,” it’s hard, lashing rain. I stow everything in my purse and put up my umbrella.

“It was nice a minute ago,” I say when my dad joins me on the street.

“That’s the nice thing about Irish weather: it might be nice again in another few minutes!” my dad replies. Which might be called the glass-half-full approach to meteorology.

As he fumbles with his umbrella, I notice that the tremor in his arm seems to have disappeared. “It’s the medication,” he explains when he sees me noticing. “Look...” He holds out his hand, and it is perfectly still.

“Well, yes,” he answers, lowering his arm and looking disappointed. “But it’ll wear off in a couple of hours.”

I want to ask more, about the medication, how often he takes it, whether there are any side effects and what happens if it loses its efficacy. I have so many questions, but it doesn’t feel like the moment. It feels like the moment to wander around Dublin together without a care in the world. So we do that instead.

Excerpted with permission from ECW Press.​​​​​​​