In his most recent novel, the British author examines evolving attitudes toward male intimacy
By TVO Current Affairs - Published on Jul 03, 2018
Nam Kiwanuka interviews Alan Hollinghurst on The Agenda in the Summer.

The evening when we first heard Sparsholt’s name seems the best place to start this little memoir. We were up in my rooms, talking about the Club. Peter Coyle, the painter, was there, and Charlie Farmonger, and Evert Dax. A sort of vote had taken place, and I 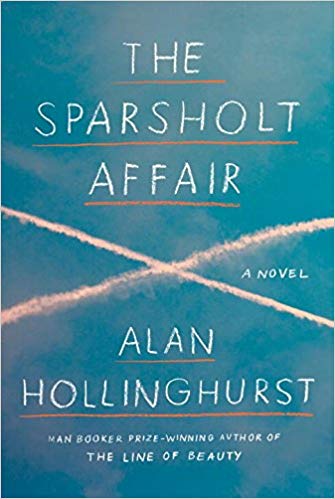 had emerged as the secretary. I was the oldest by a year, and as I was exempt from service I did nothing but read. Evert said, “Oh, Freddie reads two books a day,” which may have been true; I protested that my rate was slower if the books were in Italian, or Russian. That was my role, and I played it with the supercilious aplomb of a student actor. The whole purpose of the Club was getting well-known writers to come and speak to us, and read aloud from their latest work; we offered them a decent dinner, in those days a risky promise, and after dinner a panelled room packed full of keen young readers—a provision we were rather more certain of. When the bombing began people wanted to know what the writers were thinking.

Now Charlie suggested Orwell, and one or two names we had failed to net last year did the rounds again. Might Stephen Spender come, or Rebecca West? Nancy Kent was already lined up, to talk to us about Spain. Evert in his impractical way mentioned Auden, who was in New York, and unlikely to return while the War was on. (“Good riddance too,” said Charlie.) It was Peter who said, surely knowing how Evert was hoping he wouldn’t, “Well, why don’t we get Dax to ask Victor?” The world knew Evert’s father as A. V. Dax, but we claimed this vicarious intimacy.

Evert had already slipped away towards the window, and stood there peering into the quad. There was always some tension between him and Peter, who liked to provoke and even embarrass his friends. “Oh, I’m not sure about that,” said Evert, over his shoulder. “Things are rather difficult at present.”

“Well, so they are for everyone,” said Charlie.

Evert politely agreed with this, though his parents remained in London, where a bomb had brought down the church at the end of their street a few nights before. He said, rather wildly, “I just worry that no one would turn up.”

“Oh, they’d turn up, all right,” said Charlie, with an odd smile.

Evert looked round, he appealed to me—“I mean, what do you make of it, the new one?”

I had The Gift of Hermes face down on the arm of my chair, about halfway through, and though not exactly stuck I was already alternating it with something else. It was going to break my daily rhythm, and was indeed rather like tackling a book in a foreign language. Even on the wretched thin paper of the time it was a thick volume. I said, “Well, I’m a great admirer, as you know.”

“Oh, well, me too,” said Peter, after a moment, but more warmly; he was a true fan of A. V. Dax’s large symbolic novels, admiring their painterly qualities, their peculiar atmospheres and colours, and their complex psychology. “I’m taking the new one slowly,” he admitted, “but of course, it’s a great book.”

“Any jokes in it?” said Charlie, with a hollow laugh. “That’s never quite the point,” I said, “with a Dax novel.”

“Anyway, haven’t you read it?” said Peter, going over to the window to see what Evert was looking at.

Poor Evert, as I knew, had never read more than the opening pages of any of his father’s books. “I just can’t,” he said again now, “I don’t know why”—and seeing Peter join him he turned back into the room with a regretful look.

“Freddie, have you seen this man?”

“Who is it?” I went across. “Oh, the exhibitionist, I suppose you mean,” I said.

“No, he’s gone . . .” said Peter, still staring out. I stood at his shoulder and stared too. It was that brief time between sunset and the blackout when you could see into other people’s rooms. Tall panes which had reflected the sky all day now glowed companionably here and there, and figures were revealed at work, or moving around behind the lit grid of the sashes. In the set directly opposite, old Sangster, the blind French don, was giving a tutorial to a young man so supine that he might have been asleep. And on the floor above, beneath the dark horizontal of the cornice and the broad pediment, a single window was alight, a lamp on the desk projecting a brilliant arc across the wall and ceiling.

“I spotted him the other day,” I said. “He must be one of the new men.” Peter waited, with pretended patience; and Evert, frowning still, came back and looked out as well. Now a rhythmical shadow had started to leap and shrink across the distant ceiling.

“Oh, yes, him,” Evert said, as the source of the shadow moved slowly into view, a figure in a gleaming singlet, steadily lifting and lowering a pair of hand-weights. He did so with concentration though with no apparent effort—but of course it was hard to tell at this distance, from which he showed, in his square of light, as massive and abstracted, as if shaped from light himself. Peter put his hand on my arm.

“My dear,” he said, “I seem to have found my new model.” At which Evert made a little gasp, and looked at him furiously for a second.

"Well, you'd better get a move on," I said, since these days new men left as quickly and unnoticed as they came.

“Even you must admire that glorious head, like a Roman gladiator, Freddie,” said Peter, “and those powerful shoulders, do you see the blue veins standing in the upper arms?”

“Not without my telescope,” I said.

I went to fill the kettle from the tap on the landing and found Jill Darrow coming up the stairs; she was late for the meeting at which she might have like to vote herself. I was very glad to see her, but the atmosphere, which had taken on a hint of deviancy, rather changed when she came into the room. She hadn’t had the benefit of ten years in the boys’ boarding school, with all its ingrained depravities; I doubt she’d ever seen a naked man. Charlie said, “Ah, Darrow,” and half stood up, then dropped back into his chair with an informality that might of might now have been flattering. “We want Dax to ask his father,” he said, as she removed her coat, and took in who was there. I set about making the tea.

“Oh, I see,” said Jill. There was a natural uncertainty in Evert’s presence as to what could be said about A. V. Dax.

At the window Evert himself seemed not to know she had come in. He and Peter stood staring up at the room opposite. Their backs were expressive, Peter smaller, hair thick and temperamental, in the patched tweed jacket which always gave off dim chemical odours of the studio; Evert neat and hesitant, a strictly raised boy in an unusually good suit who seemed to gaze at pleasure as at the far bank of a river. “What are you two staring at?” Jill said.

“You mustn’t look,” said Peter, turning and grinning at her. At which she went straight to the window, myself close behind. The gladiator was still in view, though now with his back turned, and doing something with a piece of rope. I was almost relieved to see that the scouts had started their rounds. At one window, and then the next, a small black-coated figure appeared, reached up to close the shutters, and removed all sign of life. Across the way the scout came into Sangster’s room, half-hidden by the oblong screen he carried through into the bedroom, and after a minute reappeared, edged round the two occupants, and kneeling on the window seat gazed out for a curious few seconds before pulling the tall shutters to. By dinner time the great stone buildings would be lightless as ruins.

“Ah, Phil,” said Charlie – behind us my own scout had come in to do the same for us.

I said sternly, “DO you know who this fellow is, Phil?”

Phil had fought at the Battle of Loos, and after that earlier war had spent fifteen years in the Oxford police. He was affable and devoted to the College, but seemed sometimes to regret that he’d ended up in an apron, dusting and washing dishes for young men he was powerless to discipline. “What was it, sir?’ He propped his screen against the wall, and came over eagerly, as if I’d spotted a miscreant. I noticed now that our won reflections were hanging very faintly between us and the view of other windows. I pointed upwards.

“This … ridiculous fellow,” I said.

“Oh, him, sir,” said Phil, a bit disappointed but trying for a moment to share our own interest in the luminous figure. “I happen to know there was a bit of trouble there.”

“What sort of trouble?” said Peter.

“Well, the noise, sir. Dr. Sangster’s been complaining about it.”

“No, he’s one of the Brasenose men,” said Phil. In the vast gloomy College, its staircases half-deserted since the start of the War, new members of requisitioned colleges had been slipped in here and there, disoriented freshmen who found themselves also evacuees. Brasenose had been seized by a ministry of some kind, who according to my tutor were rather unsure what to do with it. “If you could just excuse me, Mr. Green?”

“You don’t happen to know his name?” said Jill.

He’s called Sparsholt, miss,” said Phil, with a small cough as he swung the shutters to and dropped the iron bar safely in its slot.

“Spar …sholt,” said Peter, weighing the word and smiling slyly at Evert. “Sounds like part of an engine, or a gun.”

Phil looked at him blankly for a second or two. “I dare say you’re right, sir,” he said, and went through into the bedroom. I set out my best Meissen cups, which I hoped might please Jill, and in the new closeness of the panelled and shuttered room we settled down to tea.