‘Everything about it rocked’: How Windsor’s CKLW reckoned with the brand-new CanCon rules

In 1970, the AM pop-music powerhouse was in the running to be the second-most-listened-to radio station in North America. But 50 years ago today, the CRTC announced new guidelines — and changed the station
By Jamie Bradburn - Published on Jun 04, 2020
Although it was located in Windsor, CKLW was essentially a Detroit station.
(University of Windsor)

On May 22, 1970, the Canadian Radio and Television Commission announced its guidelines for the amount of Canadian content played on radio stations. As of January 18, 1971, 30 per cent of musical selections would have to meet a formula encompassing composition, performance, recording, and songwriting produced by Canadian talent. The time lag was a relief to many stations, as it allowed them time to build up a CRTC-friendly music library.

But for Windsor’s AM pop-music powerhouse CKLW, the situation was a serious challenge and compounded existing issues related to its ownership and the large, mostly American, market it served.

By the end of 1970, CKLW was neck-and-neck with Chicago’s WLS as North America’s second-most-listened-to radio station, behind New York City’s WABC. “The Big 8” was the top station across the river in Detroit and ranked as the most-listened-to in markets stretching as far east as Cleveland. Depending on the time of day, its signal reached as many as 28 states and four provinces. Up to 50,000 copies of its weekly top-30 hits chart were sent out within a 300-kilometre radius.

The station’s rise as an international music giant began in 1967, when it adopted a format, developed in California, known as Boss Radio, Much More Music, or the Drake Format (after radio consultant Bill Drake). Reduced DJ chatter allowed a higher volume of songs from a tighter playlist to be played each hour. Because of CKLW’s proximity to Detroit and Motown Records, its playlist had a more soulful sound than other major pop stations in Canada.

“Everything about it rocked,” Richard Brennan observed in a 1985 Windsor Star retrospective. “The 50,000 watt AM signal pounded out the tunes at a frenetic pace, the 20/20 newscasts gave the impression the world was ending, and even the commercials were unforgettable.”

Although it was located in Windsor, CKLW was essentially a Detroit station. Its newscasts gleefully highlighted the latest gruesome incidents in Detroit. Nearly all its advertising was sold and produced across the border. Most troubling to Canadian regulators, CKLW, along with its FM and TV stations, was owned by RKO General, the broadcasting division of the American conglomerate General Tire.

In early 1969, the CRTC ordered RKO General to sell its CKLW properties by September 1, 1970, in order to meet a new requirement that stations be at least 80 per cent Canadian owned. In an unusual move brokered by the CRTC, CKLW-TV was sold in early 1970 to a partnership of John Bassett’s Baton Broadcasting (which owned Toronto’s CFTO-TV) and the CBC, with a requirement that all of Baton’s 75 per cent stake be purchased by the CBC within five years. It operated as a hybrid CBC/CTV outlet until it became a full CBC station in 1975, changing its name to CBET.

Selling the radio side was trickier. By May 1970, at least 20 potential suitors had been contacted or had expressed interest. A weak stock market, an inflated price tag (rumour was that RKO General wanted $16 million), and uncertainty about how CRTC regulations would affect the station’s profitability scared buyers off.

On the day the Canadian content rules were officially announced, station manager Fred Sorrell told the Windsor Star that the “key to the whole thing is the availability of Canadian music. If it is turned out, and it is acceptable, we’ll play it.” The station had already opted out of the Maple Leaf System, an association of radio stations established the previous summer that boosted the airplay of Canadian records. CKLW officials didn’t like the idea of playing songs that members of the Maple Leaf System admitted had been picked strictly because they were Canadian. “We want the freedom to serve our audience,” CKLW program director Frank Brodie told the Windsor Star in August 1969. “We’re not about to cram anything down their throats. To me it doesn’t really matter whether a record is Canadian or American, as long as it is good and is available to our audience.”

With no buyer in sight for CKLW, RKO General asked the CRTC for an extension. The request was opposed by Montreal-based CEMP Investments, which was backed by the Bronfman family. As CEMP’s lawyer observed during a June 1970 CRTC hearing, the difference between RKO General’s rumoured sale price of $8 million and CEMP’s rejected $4.3 million offer was that “we want to buy a Windsor station and they are trying to sell a Detroit station.” R.J. Buss, a former CKLW program director working with CEMP, told the commission that, while the station under CEMP would increase its involvement with Windsor, “you can’t legislate Canadians in Windsor to listen to Canadian stations.” CEMP also predicted that if the station were forced to reduce its overall music programming, profits would fall from the $1.7 million CKLW had made in 1969 to around $700,000.

The CRTC granted RKO General an ownership extension through March 1971 but required that a sale agreement be reached by the original deadline. A satisfactory offer soon materialized: John Bassett viewed CKLW’s radio assets as financial insurance that would help prop up CKLW-TV over the next five years. (He had rejected an earlier package deal because he thought the price tag was inflated.) Bassett indicated that, depending on how things worked out, he might give the CBC an option to take over the radio side. This offer was never taken up, as the CBC already owned a Windsor station and felt it didn’t need another one.

When Baton’s transfer application was made to the CRTC in October 1970, the sale price was revealed to be $4 million. Though that was less than other bids, RKO General felt Baton’s broadcasting experience would provide stable ownership. Bassett promised to retain the current pop format and increase news. One contentious aspect was a plan to, four times an hour, air one-minute “previews” of Canadian music played on its FM station to help fulfil the AM side’s Canadian-content requirements. The application claimed that this would boost CKLW-FM’s ratings.

Windsor investors filed briefs with the CRTC, as did the United Auto Workers and the Windsor and District Labour Council, which were worried about the potential for Bassett to develop a local media monopoly. The Windsor investors performed poorly at the CRTC hearings — at one point, they attacked a CKLW official for not wanting to join the local branch of the Boy Scouts. (The man fronting the Windsor investor group was involved in the local Boy Scouts and suggested that the official’s stance meant that he didn’t care about the community.) The transfer was approved.

While all of this was going on, CKLW’s ratings continued to rise. Canadian-content rules were not having adverse affects, thanks to the hit-picking ability of music programmer Rosalie Trombley. Since being moved from station reception in 1968, Trombley had used a mix of local record sales, listener feedback, and her own judgment to create a satisfying playlist. Of the 150 songs she received each week, around six were put in rotation. She admitted that she enjoyed getting first crack at Canadian artists and received frequent visits from performers. As Canadian Magazine observed in a 1975 survey of the top 50 figures in the Canadian music industry, “It is she, not [CRTC chairman] Pierre Juneau, the Americans consider to be the most powerful figure in Canadian music.” Detroit rocker Bob Seger even wrote a song about her.

Yet because it primarily served an American audience, the station looked for loopholes and exemptions. CRTC officials felt that the station was constantly trying to con them and flout the rules. “They were proud that they had this massive audience in the United States, and you could tell that all the programming was fixed on Detroit,” CRTC official Sief Frenken later reflected. “Everything was done to hide from its American audience that this was a Canadian station. So there was a feeling that we should repatriate the programming of CKLW for its Canadian audience.”

One factor some believe fuelled the CRTC’s stiff, no-exceptions-allowed attitude toward the station was class snobbery. Windsor was a blue-collar city with strong cultural and social ties to its American neighbour, a place that had long felt isolated from and looked down upon by the rest of Canada. “It was loud, brash, working class,” CKLW documentarian Michael McNamara told The Walrus in 2004. “The men and women running the CRTC were upper-middle-class central Canadians, many of them from Quebec. None understood, let alone liked, commercial pop radio.”

Among the station’s loudest critics was music journalist Ritchie Yorke, who once declared it Canada’s “most unaware station.” Yorke believed that the station had a “defeatist attitude” toward Canadian acts and encouraged American artists to record in Toronto to qualify as Canadian content. Reputedly, Yorke had friends tape the station, then send the tapes to the CRTC to demonstrate how much CKLW was bending the rules.

As Windsor Star radio columnist Ron Base pointed out in early 1972, CKLW argued that “if it plays too much unknown Canadian music it will hurt its place in the marketplace, eventually damaging the potential of the Canadian music it does play. Yet in the past year, with the Canadian content regulations in effect, the station’s ratings have gone up something like 20 percent.” Indeed, CKLW was named “station of the year” by the Canadian Association of Broadcasters.

The side effects were good for Canadian artists. The station helped book them as opening acts in Detroit. Other stations in Detroit and the Midwest began playing their records. “It seems that CKLW now listens to Canadian records seriously,” Edward Bear singer/songwriter Larry Evoy told Billboard in 1973. “They don’t merely dismiss them as inferior.” Thanks to airplay on CKLW, the group’s “Last Song” sold more than 1.25 million copies in the United States.

While the station gradually declined in popularity during the 1970s, what sealed CKLW’s fate was the CRTC’s insistence on keeping rock stations off the FM dial. As younger listeners fled AM, the CRTC blocked attempts to move an updated version of CKLW’s format to FM. In 1984, the same year Baton sold the station, “the Big 8” switched to a big-band and standards format. Following its sale to CHUM in 1993, it became a Windsor-centric news/talk station.

Summing up the station’s legacy in the documentary Radio Revolution: The Rise and Fall of the Big 8, newscaster Grant Hudson observed, “CKLW was a collection of men and women that somehow, in this one moment in time in Windsor, Ontario, got it all together and turned the radio business upside down.” 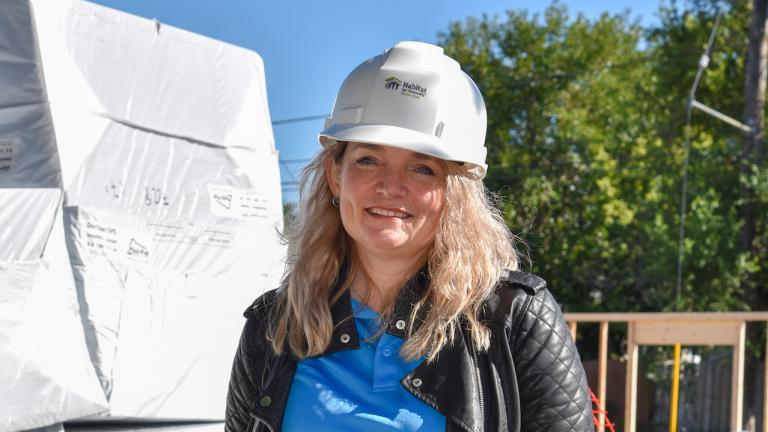