OPINION: The province had plans for what to do in the case of a pandemic. But a new auditor general’s report suggests that, for years, governments ignored the basics
By John Michael McGrath - Published on Nov 25, 2020
Auditor General Bonnie Lysyk speaks at a press conference at Queens Park on December 4, 2019. (Aaron Vincent Elkaim/CP)

There is a regrettable tendency in journalism to cherry-pick cases of bad behaviour from multiple political movements so that you can maintain the appearance of neutrality while claiming that “both sides” are responsible for whatever you want to lament. Indulge in this kind of brain-poisoning long enough, and you’ll find yourself arguing that, for example, Donald Trump is no worse than the average politician, notwithstanding his odious record and continuing bad conduct. But it’s valuable to put the events of a given day in some wider context, and sometimes that legitimately means criticizing the choices of people from multiple parties.

So while it would be absurd to say that both the Tories and the Liberals are responsible for Ontario’s lacklustre response to COVID-19 — Doug Ford is the premier, and his party controls a majority in the legislature; the responsibility is clear — the report released this week by Auditor General Bonnie Lysyk makes it equally clear that some of the problems in the provincial response to the pandemic long predate Ford’s time in office, or even in elected politics.

Lysyk’s 200-plus-page report on emergency and outbreak planning, decision-making, lab-testing, and contact-tracing details numerous examples of Ontario falling down in comparison with other Canadian provinces, and there are more reports yet to come. There are so many examples, it’s difficult to know where to start.

The fact that Ontario has an entire agency devoted to managing emergencies — it’s called Emergency Management Ontario — that has largely been sidelined through the single biggest emergency the province has faced in generations? Or the extensive criticism of Chief Medical Officer David Williams both for his lack of independence from the elected government and for his reluctance to make full use of the powers he has under the province’s existing laws? That the AG also reports extensively on issues in Ontario’s testing and contact-tracing regime seems almost gratuitous at this point.

The two sections on the lack of emergency preparedness and the hastily assembled pandemic response should be read widely, however, because they illuminate pretty clearly how the Ontario government — which, with prior experience in SARS, ought to have been better prepared for COVID-19 — dropped the ball. And, yes, these failures go back more than one election cycle.

Emergencies are, fundamentally, one of the reasons why government exists: to help coordinate actions and deploy resources that will minimize the loss of life when the unexpected occurs. This is true whether you’re repelling an invasion, putting out forest fires in the north, or trying to contain flooding damage in the south. But, as the auditor’s report illustrates, multiple governments let this basic function atrophy like unused muscle.

It’s notable, for example, that the Tories didn’t even convene a meeting of the Cabinet Emergency Committee until November 2019, more than a year after taking office, and that was primarily so that Emergency Management Ontario could introduce itself to the premier and ministers.

That report, and the ones released this week, outline years of neglect. It would be one thing if Lysyk had said that Ontario isn’t meeting best practices, but she demonstrates that the province has been failing at the basics, like keeping emergency plans up to date. Astonishingly, the province had not one but four plans relevant to COVID-19, but two of them hadn’t been updated since 2013 — and made references to defunct positions and ministries that had since been renamed. The government was supposed to review and update its emergency plans annually; the Liberals set that benchmark, but both they and Tories failed to meet it.

The fact that Ontario’s emergency planning was so out of date led the government (wisely or not) to sign a contract with a private consultant to create a brand-new command structure to handle the pandemic. According to Lysyk, it quickly became bloated and unwieldly. And Ontario’s 444 municipalities had all trained for their own emergency personnel to interact with the province in a clear, structured format through EMO; the creation of a new separate system of “command tables” and “health tables” threw a wrench in basic communications — an avoidable own-goal.

This isn’t about both-sides-ing. It’s about trying to identify a deeper syndrome in Ontario that sees governments consistently under-invest in basic, core functions of government — whether that’s quality data collection or emergency preparedness — while they lavish billions of dollars on higher-profile priorities. The solution isn’t clear, unfortunately: voters tend not to punish governments for failing to invest in the basics.

So under both the Liberals and Tories, we have a years-long record of governments ignoring emergency preparedness as a core function, and that’s had real consequences for Ontario’s response to COVID-19. The Tories can argue that these failures haven’t been catastrophic: Ontario has the lowest current rate of actively sick people of any Canadian province outside the Atlantic, as Health Minister Christine Elliott noted in her rebuttal to the AG’s report.

But 35 people died yesterday from COVID-19 in Ontario — the highest one-day number since June. And more than 3,500 people died in the days and months before that. If the government wants to tell those families that better results weren’t and aren’t possible, they’re welcome to. But they shouldn’t be surprised at the reaction that gets. 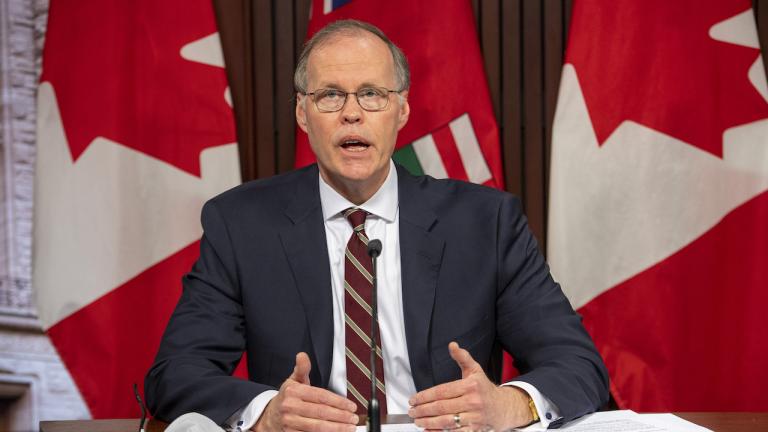