ANALYSIS: TVO.org speaks with a Liberal organizer about the blackface scandal, the carbon tax, and how Trudeau brought the fight to Ford
By Matt Gurney - Published on Oct 25, 2019
Prime Minister Justin Trudeau speaks during a news conference in Ottawa on October 23. (Adrian Wyld/CP)

On Monday, Canadians voted in a federal election. Much attention had been paid to the Greater Toronto Area as a key battleground. In the end, the Liberals essentially held their “Fortress Toronto” — despite losing the popular vote nationally, Liberal strength in and around the city allowed Justin Trudeau to maintain a strong minority in Parliament.

In this three-part series, TVO.org has asked experts and stakeholders for their thoughts on what happened in and around Toronto. In the final instalment, an on-the-ground organizer from the Liberal campaign there offers his take. (TVO.org granted the organizer anonymity so that they could speak freely and candidly.)

Matt Gurney: I want to start by acknowledging something you told me was important before I got my recorder here running. Well, two things, really. The first is that this interview is a lot different from the others I’ve done with Conservative and NDP personnel — your team won, and theirs didn’t. That changes the tone and will obviously mean that some of the questions I have for you differ from those I posed to them. But the other thing is something you wanted to make clear — that you spent almost all the campaign on the ground and not back in a war room.

Gurney: Okay, good to know, and good for the readers to know, too. Well, one place we can have some commonality with the other interviews is with the first question. What’s your sense of what happened on Monday night here in the GTA?

Liberal organizer: The people who were in a higher strategic role might tell you something else. But, from what I saw, it really came down to two things: we had really good local candidates in Toronto, and the [Premier Doug] Ford factor. [Liberal leader Justin] Trudeau campaigned hard and openly against Ford, and it worked. We really did hear that. We made the fight between Ford and Trudeau, and Trudeau won. I think you really see that with some of the candidates in Ontario who lost as Liberal MPPs last year but just won as federal MPs. Helena Jaczek won by thousands of votes. Yvan Baker swept Etobicoke Centre — more than 50 per cent of the vote. These were really impressive wins in the GTA. And, if it’s true that this was in any way a referendum on the carbon tax, I think Canadians have spoken on that one.

Gurney: I want to really drill down into part of that answer. I’ve already spoken to Conservatives who tell me that Ford’s unpopularity was a factor. They agree; they acknowledge that. But they also don’t think it was a huge factor. They don’t think it mattered as much as a lot of people assume it did. What’s your sense on that? How important was Ford to what you were doing?

Liberal organizer: I was knocking on a door that I’d knocked on last year, for the provincial election. A year ago, that person had told me that they hated Kathleen Wynne and that the Liberals had to go. This time, that person said we couldn’t repeat federally what we’d just seen happen in Ontario. There is a lot of buyer’s remorse that we were seeing. It was big. It had an impact. Some of the people answering their door for us have kids with autism. I heard they were chasing Conservative door-knockers right off their lawns. People were mad. And, yes, it made a difference.

Gurney: I’ve made a point of asking the NDP and the Conservatives what they were happy with — what they think worked. But it’s different for them. They aren’t happy with the result, so they’re looking for silver linings. It’s different for you guys, and you’ve already told me what you think helped you out — good local candidates and the Ford factor. But I should ask you: Is there anything else you think mattered? Any other help you guys had out there?

Liberal organizer: We were able to point to some of what was in our record already, and our platform, and say that we weren’t promising any huge deviations. Some people were disappointed: they wanted to see more that was new. But our message was that we were running on what we’d already done, and we wanted to continue with that work, not make huge changes. And people responded well to that.

Gurney: Now the same question in reverse — and, yes, I know you guys won. But, even in victory, was there stuff you didn’t think worked well?

Liberal organizer: September 18, Matt. Man. I was sitting at an event. I started getting texts about Trudeau in blackface. It was terrible. As a person of colour, it just sucked the life out of me and other organizers. I couldn’t canvass for days. I know a lot of other people felt the same. It was a mournful couple of days. I just didn’t want to be out there.

Gurney: I’ve heard that from others. What brought you back?

Liberal organizer: I joined the party because I believed in what it stands for. I’m still going to believe in that a year from now. I talked with some others, including some senior Liberals, and they just reminded me of what we were working to accomplish. So I came back out.

Gurney: I’ve made a point of asking the others what they were hearing at the doors, but I feel like we’ve covered that a bit already here, with blackface and the Ford factor and the like. So I’ll put the question to you a bit differently: What sense did you have as to the mood of the electorate?

Liberal organizer: There was a lot of uncertainty. Normally, an election has a theme or a trend line. You get a sense of what the election is about. This time, there wasn’t a lot of that. People weren’t saying yes or no to me. There were so many doors that I went to where I didn’t really get a real response from them. Some of them said they didn’t know yet — and that continued right up until the last day. Now that it’s over, it’s weird. Because some of those polls, Matt, we absolutely crushed. There were areas where we ended up getting 70 per cent of the vote at that polling station, but, like, two days before, people were telling us they didn’t know how they were going yet. Maybe it was strategic voting. Or maybe a lot of people were just holding their nose. Sometimes people have a hard time making up their minds. But a general theme we were hearing was that people weren’t happy with how it was going. No one really enchanted them.

Gurney: I want to stop you right there. Sorry for interrupting, but that’s fascinating. A Conservative I spoke to told me something very, very similar. Almost uncanny how much it echoes what you’re saying. People didn’t want to talk to them. It wasn’t that they were angry; it was that they were disgruntled and annoyed. People were over it. Does that mirror your experience?

Liberal organizer: I’m not sure to the same extent, but, yeah. It definitely felt more antagonistic at times. People didn’t want to have conversations at the doors. Normally they do. This time, they’d tell you they didn’t know yet and send you off. They said they didn’t have time.

Gurney: Anything surprise you out there? Other than the blackface?

Liberal organizer: [laughs] Yes, actually. I was working in parts of the GTA where I had worked before, and I was struck by the rapid demographic changes. It was really apparent in some parts of Toronto. And it was having an impact on the campaign in interesting ways. An issue that we found was really animating the Chinese-Canadian community was the Conservative claim — the lie, actually — that the Liberals wanted to legalize all hard drugs. This was something that came up a lot among the Chinese-Canadian community. And what we discovered was that different communities were communicating on different platforms: over different apps, on different websites, and, obviously, in different languages. So that was something we had to battle every day. It wasn’t something a lot of journalists caught, but we found it was spreading like wildfire. We just had to keep saying, “Hey, it’s not in our platform. It’s not true.”

Gurney: I’m mindful of the fact that you went out of your way to stress that you weren’t in the war room or in a strategic role. But I’ve asked everyone else this, so I’ll ask you as well: What did you expect as the polls closed?

Liberal organizer: Straight to the end, I thought it was going to be a surprise Liberal majority. I’m a hopeless optimist. Once we saw those Atlantic returns come in, okay, I knew that wasn’t going to happen. But I was scrutineering at a poll, and, when the votes were coming in, as soon as I saw that vote-tally sheet, I knew we’d won Toronto. It was big. There was no way it was isolated. An hour later, I’m at a party, and that’s what it was — Toronto and the GTA put us in that strong minority position.

Liberal organizer: I hope for some stability. I’d like a year. We can use the time to get ready again. But if it’s sooner, if we only last six months, our people are trained. They’re ready. They know how the canvass and call. So, pros and cons. But we’re ready either way.

Opinion
What a Liberal minority could mean for health care

OPINION: Can Canadians expect a pharmacare plan? How will Ottawa tackle the opioid crisis? Here’s what we’re likely to see from the new government.

Election 2019
Election post-mortem, Part 2: Why did the NDP get blown out? A war-room strategist explains
Matt Gurney 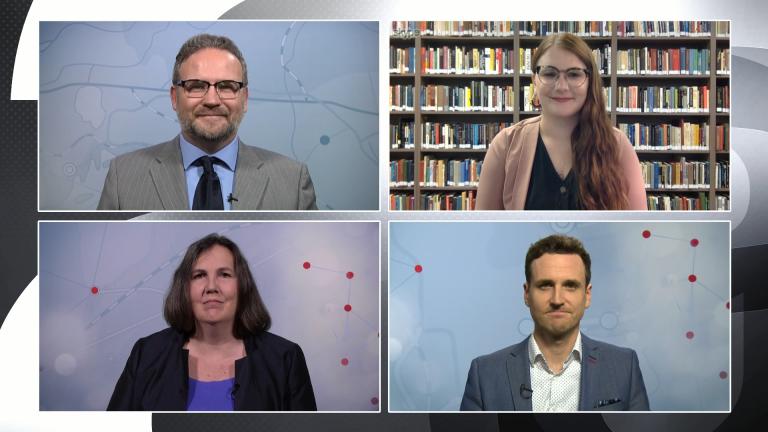