‘Disrupting the narrative’: A new book looks at how to keep building feminist momentum

In her first book, F-Bomb: Dispatches From the War on Feminism, Lauren McKeon offered insights into why many women seemed to be abandoning the social movement that had secured some of the very freedoms they enjoyed. For her new book, No More Nice Girls: Gender, Power, and Why It’s Time to Stop Playing by the Rules, McKeon (a TVO.org columnist) spoke with women around the world who, inspired by a resurgent feminist movement in the wake of #MeToo, are heading up initiatives to change the equity narrative — or just opting out of traditional patriarchal models altogether. TVO.org spoke to McKeon about stereotypes, feminist allies, and using our own power.

TVO.org: In your book, you provide all the usual depressing stats about equality, but you also offer glimpses into people and organizations that are working toward modest, incremental change — and say that it may be time to rethink feminism’s end goals. Was that your guiding principle while you were researching and writing?

Lauren McKeon: Yes. So the genesis of this book came around at the end of F-Bomb, when I was touring it, and after the Women’s March in Washington, D.C. — which is sort of a triumphant moment for a lot of people or a symbol of resurgent feminism and activism that we're seeing now. I remember talking to people and hearing from people who read the book and said, “That's great. But what do we do now? Can we be optimistic about what happens next?”

And I think I had those same questions: What do we do with this energy and this renewed attention and this anger, in a lot of cases, and could we use that to rethink what success means or what power means or these end goals that we always talk about — CEOs, parity, more women in government. Is that still going to work?

There has been so much happening in the past couple of years — all the anger and the #MeToo movement — and I wanted to talk to people who were pushing back. But I also felt like a lot of people were really doing cool, new, interesting, innovative things on a large scale but also on a small, kind of personal, level, and I wanted talk to them, too, because we don't often think of revolution in that way. I wanted to make it more accessible and make it not seem so impossible that you can effect change or do something different or step outside the box, or the rule book, in a small way.

TVO.org: You bookend No More Nice Girls with Prime Minister Justin Trudeau. At the beginning, you mention his gender-equal cabinet and his subsequent fall from grace. At the end, you discuss his appearance at the Women Deliver conference in Vancouver, where your contemporaries in attendance commented on how much they admired him and envied you for having such a “woke” leader. Do you think his brand of feminism has helped or harmed the movement?

McKeon: When other people assume this mantle of feminism and use it for their own gain and their own advantage and their own image, particularly when it’s men, we’re kind of allowing people to centre themselves in a conversation when they don't have the same stakes or skin in the game — or maybe the same motivations for searching for equality. And I think it's tough, and I understand why the women that I met who love him are like, “Wow, he’s amazing” and “I wish I had a leader like that.” Because, in so many cases, so many other world leaders are doing active damage against women and women’s rights. So I don’t want to say, “Oh, I hate that Trudeau says he’s a feminist” or “I think everything he’s doing is wrong.” I think, in a lot of ways, it's a game of image and winning votes and not necessarily real action. And there's also this challenge when we let someone like Trudeau speak for a movement who seems to have a surface grasp of intersectionality and racism — this very privileged white man should not be an icon of feminism at this point in time. So I just think we don’t need him to lead us. He can take his cues from us. I don’t see that sincerity from him after seeing him speak at several events but also just watching his politics over the last several years.

TVO.org: In a nutshell, why don't we see women as leaders, either in politics or business? Why is it so difficult for society to really get behind women in those powerful positions?

McKeon: When we think about traditional power — the idea of a woman prime minister, politician, CEO —there's a lot in us that is predisposed not to see women as leaders. We don't see this very stereotypical image of power in women. But, also, we’ve just set up this impossible list of characteristics for women to fill once they’re in power.

In some ways, women can stop playing that game and help redefine success and redefine power, and that sounds very big and abstract, but we have seen some of that happen. We’ve seen how Jacinda Ardern leads New Zealand and how she responds to terrorist attacks in a very different way than someone like Trump or even Trudeau respond to those attacks. We saw her be pregnant in office, not be married. She has put forward a very strong and popular model of leadership that is more grounded in what we might think are stereotypical female leadership qualities: collaboration, consensus, kindness, humanity. And then we see women founding their own companies on very different principles. They might found their companies on diversity, on, again, collaboration and consensus, or trauma-informed companies that have better health care, and time off, and counselling services. We need to see women just doing what they want to do. But then we also need systemic change, which is much harder and stickier.

TVO.org: Do you think men are talking about how to be good feminist allies? Are men having this discussion?

McKeon: I think there are men that maybe aren’t talking about what it is to be a feminist ally but are talking about what healthy masculinity looks like — and that's a hugely important piece of the equation toward a better, kinder, more equitable system for everybody. Women can talk about feminism and healthy masculinity and toxic masculinity, but we need the participation and the buy-in of the people that are perpetuating it.

TVO.org: Dismal stats about equality, diversity, sexual harassment, assault, career advancement, and a lack of women in STEM aside — let’s get to some hopeful things. Are there any forward-thinking feminist approaches that you think are helping shift the narrative?

McKeon: What actually inspires me the most are the little ways that people are making revolution in their own lives. Obviously, it would be great if we saw another seismic shift like #MeToo, but #MeToo is still at its very beginnings, and we’ll see that movement only become more powerful, more wide-reaching, and more pervasive. But when we look at what will shift power, it's also the little ways that women are standing up for themselves or opting out of the system or changing the playbook in ways that feel authentic to them and powerful to them. So, things like a small greeting-card company that’s changing the idea of what a Hallmark moment is, and they’re putting women of colour on the front of their cards and celebrating life moments that don't follow that kind of playbook that we expect, to things like trans women leading and creating their own films and bucking against the traditional narrative we see for trans people, and, on top of that, making different sorts of film sets, because we know from #MeToo that film sets can be incredibly toxic. To people coding things like Lady Mouth, a chatbot that will go to war for you against the trolls online instead and spit out feminist quotes at them.

Those things are small, and they seem disparate, but they're all part of a wider movement that we’ve seen grow after the Women’s March in Washington, D.C., after the starting point for this new era. Taken together, those things are starting a shift because people are asking what they would do for themselves and saying, “Well, if it's not there, I'm going to create it.” And that inspires others to build upon it.

TVO.org: You walked away from the Women Deliver conference last year with a call to action that stayed with you. So I’ll ask you the same question: How will you use your power?

McKeon: That question resonates with you. I think there are so many ways that we can use our power even if we think we’re not powerful at all. By that I mean, there are some days I don’t feel powerful as someone who has survived sexual violence and someone who lives with PTSD, and on those days I don’t feel I have any power. But also, I’m a middle-class white woman who does have power, and that platform is something I can share. So for me, it’s using that platform to help elevate other voices and to ask tough questions and to also share my own story when it comes to some of the things that don’t make me feel as though I have power — like my history with sexual violence and mental health. And I think I’m disrupting the narrative that way. So I think what it means to share my power is to be a voice that many people don’t want to hear and to put myself out there and to also make sure I’m not the only voice that is being heard, because there are so many people who have so many interesting and vital things to say, and they don’t always have the platform. And if I can share my platform, then that’s just spreading the power, and they have so much to share that they’re sharing their power with me, too.

This interview has been condensed and edited for length and clarity​​​​​​​ 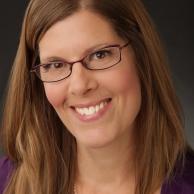 Carla Lucchetta is a writer and editor at TVO.org and occasional producer for The Agenda with Steve Paikin.

ANALYSIS: If you’re a North American who was born in the past 75 years, you’ve never seen anything like this. What can the past teach us about the right way to respond to COVID-19? 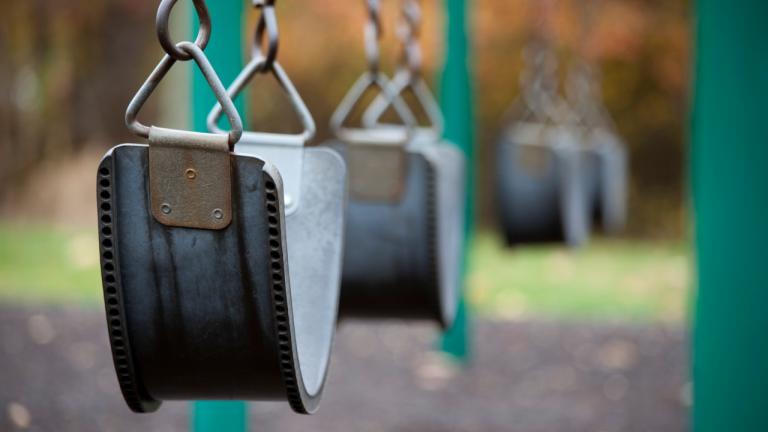 Coronavirus
How do you talk to your kids about a deadly pandemic?
Nam Kiwanuka