Thousands of German troops were detained in camps across the province — and when the war ended, many of them chose to stay
By Daniel Kitts - Published on Nov 10, 2017
German prisoners of war put on a show at what is believed to be Camp 23 in Monteith, Ont. (Canadian War Museum)

The closest thing to a World War II battle on Canadian soil took place in October 1942 in Bowmanville, Ontario. Hitler, angry at reports that German prisoners of war had on occasion been shackled by their Allied captors, ordered that a number of Allied POWs be shackled in retaliation. In retaliation to that, Allied authorities decided to shackle some German prisoners — many of them in Canada, where over the course of the war more than 30,000 were detained at camps across the country. When guards told prisoners at Bowmanville some of them were to be chained, the prisoners rioted.

“We had hockey sticks and broom handles as weapons,” former POW Johannes Maron recalls in David J. Carter’s 1980 book Prisoners of War: Behind Canadian Barbed Wire. “We used cardboard and mattresses to block the windows. The Canadians came in with water and forced us out. One of the prisoners lost an eye from one of the sticks, and another was jabbed in the buttocks with a bayonet.”

The so-called Battle of Bowmanville lasted three days. There were no fatalities. But while the skirmish was hardly decisive, Canada’s POW camps did play a part in the Allied war effort.

It’s easy to forget that in the war’s early stages, the Nazis had Allied troops on their heels. After France surrendered in June 1940, it seemed likely Hitler would invade Britain next. By then, the country was already host to a large number of German POWs. And they would pose a serious threat in the event of an invasion, Carter writes: “Had these prisoners been liberated, say by a concentrated paratrooper drop, they would have been able to supplement an invasion force.”

So British authorities decided to send as many of these POWs as they could as far away from Europe as possible, shipping thousands to Canada and other Commonwealth nations. More would follow as the war progressed.

German POWs sent to Canada ended up in camps in Alberta, Ontario, Quebec, and New Brunswick. The vast majority went to wild rose country, but Ontario got its share too: 10 internment centres across the province housed enemy combatants intermittently throughout the war.

Those in charge of monitoring the prisoners were mostly from the Veterans Guard, Canadians who’d served in the First World War but were too old to be sent overseas for the Second. The young German troops didn’t find these aged guards particularly intimidating.

“Each camp could have declared a revolt, because there were never enough guards around,” former POW Theo Melzer said in the 2003 National Film Board documentary, The Enemy Within. “But it never crossed our minds.”

That’s partly because POWs in Canada enjoyed relatively high-quality food and lodgings — a welcome surprise to those Germans who’d previously served time in North African detention centres, where conditions were harsher. The prisoners were also allowed to form sports teams, drama clubs, and orchestras, and many furthered their educations through academic courses, in such subjects as law, medicine, engineering, and bookkeeping.

Still, escape clearly crossed some prisoners’ minds. While most detainees were not politically inclined, there were hardcore Nazi supporters who desperately wanted to return to the front. Others simply believed it was their duty as soldiers to flee and rejoin their comrades in Europe. According to The Enemy Within, there were 600 reported escape attempts in Canada over the course of the war.

One of the more sensational took place in 1941 at Camp 101 — better known as Camp X — in Angler, just outside Marathon, Ontario. The prisoners dug a 150-foot-long tunnel under the camp, with a view to escaping on April 20 — Hitler’s 52nd birthday. Fears the tunnel would collapse due to heavy rains led the 28 escapees to make a break for it on April 18 instead. A nation-wide manhunt ensued.

“It took a week for the escapees to be tracked down by federal, provincial, and municipal law enforcement officers,” according to the CBC. “Two were found in downtown Montreal, while one was discovered in a barbershop in Ottawa and two others made it as far as MedicineHat, Alta.” Two escapees were shot and killed after Canadian military personnel discovered them in an abandoned construction site in southern Ontario.

While most escape attempts failed, one prisoner actually did make it back to Germany. In January 1941, fighter pilot Franz von Werra leapt from the window of a train headed to a northern Ontario camp. He then used a stolen rowboat to cross the partially frozen St. Lawrence into the United States (which hadn't yet declared war on Germany). With assistance from German diplomats in the U.S., and after a journey that took him through Mexico, Brazil, Spain, and Italy, he arrived in his homeland, where Hitler awarded him the prestigious Iron Cross.

Of the tens of thousands of German POWs in Canada during the war, 137 died in custody, most of natural causes. They’re buried in Woodland Cemetery, in Kitchener. (By comparison, in the U.S.S.R., 1.1 million Germans — fully one-third of all POWs in Soviet captivity — died in prison.) 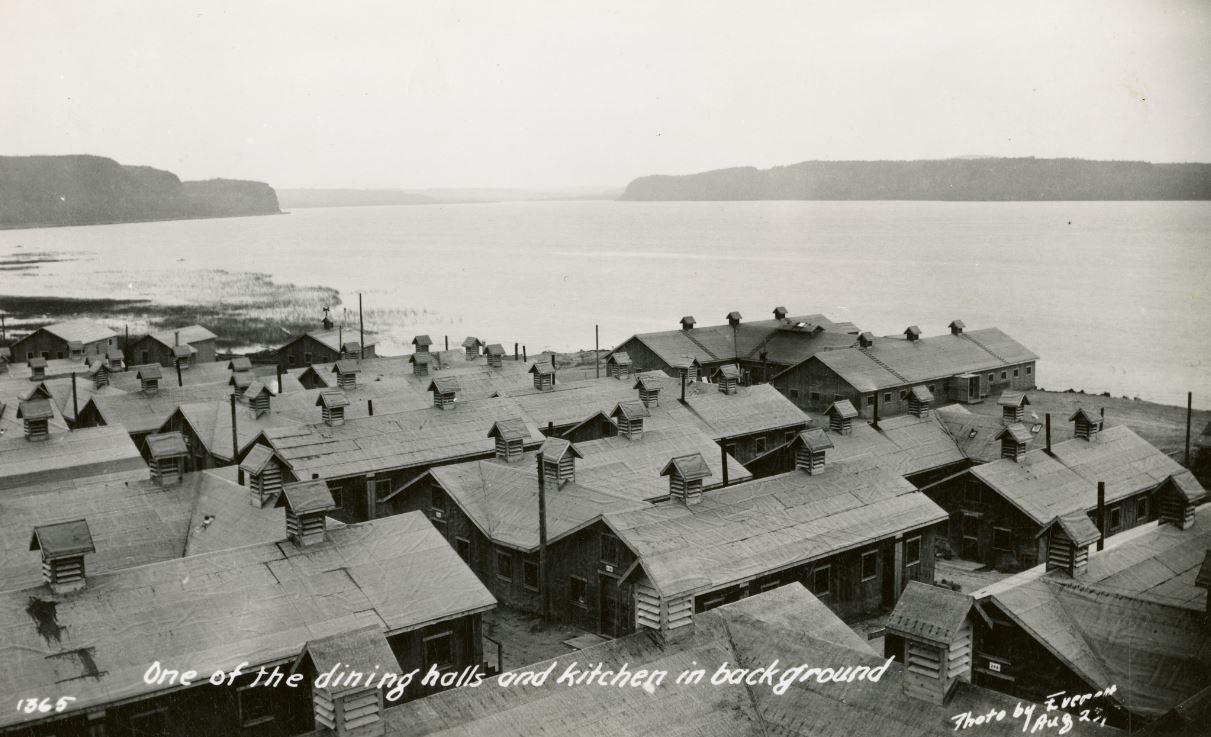 When the war ended, more than 6,000 German POWs applied to remain in Canada. Some had nothing left to go home to, with their relatives dead and their hometowns destroyed. Others were disgusted by what Germany had become under Nazi rule. Still others had come to love Canada and had bonded with the Canadians they worked for under guard in farming, logging, and manufacturing operations.

Not all were allowed to remain — but those who did built new lives in Canada. “The moment I was captured was unpleasant,” Hans Pfeffel of Coaldale, Alberta, recounted in The Enemy Within. “But it changed my whole life for the better: I would have never been in Canada.”