TVO.org speaks with U of T prof Funké Aladejebi about mid-20th-century Black women teachers — “the early architects of anti-racist education in Canada”
By Mary Baxter - Published on Feb 16, 2021
Funké Aladejebi is an assistant professor of history at the University of Toronto. (Courtesy of Funké Aladejebi)

Her family had moved to Scarborough shortly after arriving in Canada from Nigeria, in 1989. But until that third-grade class several years later, roll call was an experience she’d dreaded. Teachers always stumbled with the pronunciation of her name and didn’t seem to bother to listen to how she pronounced it. This time, though, her teacher, who was Trinidadian-Canadian, had no trouble and immediately set the young student at ease. “She said my name almost perfectly and in a way that — and in a tone that — my mother would have said,” says Aladejebi, now 37 years old and an assistant professor of history at the University of Toronto.

That experience, along with other interactions she had with Black women educators as she progressed through the public-school system, fanned Aladejebi’s interest in education and in the role these teachers played establishing inclusive practices in the classroom. This interest culminated in her forthcoming book, Schooling the System: A History of Black Women Teachers, which is based on interviews with 26 women who taught between 1940 and 1980 in such areas such as Chatham, Windsor, London, and Toronto.

“I knew so little about Black Canadian history in my undergraduate experiences and even in my elementary and high-school experiences, but I found myself more knowledgeable than some of my other peers and colleagues because I had early intervention from Black educators, and I recognized that this wasn't actually a common practice,” says Aladejebi, adding that she wondered why white women were accepted as the “quintessential” Canadian teachers. “I really wanted to think through what Black women — and Black educators, more broadly — did historically and in our contemporary context, about why their presence was so important for giving us a sense of how we teach.”

TVO.org speaks with Aladejebi about Ontario’s mid-20th-century Black women educators, their groundbreaking efforts to create space for Black Canadian experiences in the classroom — and the challenges they faced.

TVO.org: In your book, you talk about how these Black women educators had visibility in the classroom but were invisible in the curriculum. What does this mean?

Funké Aladejebi: Black women were considered to be the physical embodiment and representation of diversity and inclusion by their very race and gender. A lot of times, people pointed to Black women as the physical markers and representation of diverse schooling models and an inclusive schooling model. In classrooms, they were [visible to their students in another way]: they thought through how to create inclusive educational programming for a diverse range of students but also very specifically toward Black students.

But then they were also hyper-invisible in the way in which the curriculum really erased the presence and historical nature of the Black Canadian community. When the curriculum did mention persons of African descent, it often talked about broader racial stereotypes that were not actually true or not reflective of the lived experiences of Black people in Canada. And so it led to a series of complex relationships that Black women had to negotiate in classrooms in the school.

This is what happens when you remove all of the non-Black history from a Canadian history textbook. #BlackedOutHistory pic.twitter.com/O213ws23pp

TVO.org: How has the history of the Underground Railroad been used to discriminate against Black communities in Canada?

Aladejebi: I think for the longest time, whenever we think about Black communities in Canada, the narrative has been this notion of the Underground Railroad — that African Americans largely came from the United States, came into Canada, and found freedom. That narrative actually obscures the history of enslavement in Canada. It obscured the history of segregated-schooling practices in Canada, and it obscured the long-standing history of racial discrimination and racial separation within Canada.

So the danger then becomes that Canada gets represented as this place that has always been inclusive; it's been a place that has always welcomed Black people. This is a myth. What we see both historically and in our contemporary sense is that persons of African descent have not been welcomed in ways that have been truly inclusive.

By having these kinds of uniform narratives and stories, you don't get to the heart of some of the concerns and issues that racialized communities bring up when they feel that they are not being included in spaces or when they are trying to advocate for better access to school systems.

The idea here is to create a place where people can tell multiple stories and that those things are considered to be important and relevant to our national narrative in much the same ways that the conversation of the Underground Railroad is. But the Underground Railroad helps Canadians feel better about who they are, about their national identity, and it doesn't allow them to view themselves as people who have also had fraught and complex histories with colonialism and racism and slavery.

TVO.org: How successful were these women’s efforts to improve school environments for Black students?

Aladejebi: Black women teachers were just incredibly successful in creating transformative moments for their students in the classroom whenever they negotiated power and access within their classrooms to facilitate a conversation of inclusion for all students — but especially Black students.

They were able to implement, through courses, Black-history programming in the earliest forms. And as a result of that advocacy, school boards like the one in Toronto were really sifting through how they were going to create a multicultural model that spoke to Black children.

Institutionally, these school systems responded gradually and often, at times, that labour was placed on Black women — and Black educators, in a broader sense — to create curriculum, write program mandates, or join coalitions and boards to encourage school members and school trustees to create Black-history programming.

But it was an incredible struggle to get those models reflected or adopted provincially. Things that worked in Toronto may not have been advocated for, or may not have been adopted, in areas like London or Windsor. It depended on the school system — if it was a school system that was responding to a growing racialized population, it was quite effective to have Black women's input and pedagogical concerns inserted into these conversations. But when we started to have a broader provincial and even national conversation around Blackness in education, these things become a little bit more difficult to track.

TVO.org: What is the legacy of these educators?

Aladejebi: They were the early architects of anti-racist education in Canada. It's not by accident that the model they encouraged allowed for a lot of data collection, allowed for a lot of historical work. This information allowed for the removal of some texts and books that were not speaking to Black experiences in ways that have facilitated a broader sense of educational models and inclusive educational practices.

We have a place and a precedent for better understanding Blackness and education systems. Black women teachers combatted very early on some structures of racism. They thought through how their students were struggling with language, struggling with belonging in school systems. They created pedagogical approaches to think through those things and teaching approaches that would help to challenge some of these assumptions. Today, we have a growing number of educators who are also thinking through these ideas and learning from the framework that these early Black educators implemented.

TVO.org: Why is it important to look at this history now?

Aladejebi: Our school system continues to manifest a lot of the issues of anti-Black racism and continues to see Black students disengaged from the education process. It does not consider how the education system, the schooling structure, disproportionately disadvantages young Black children.

Also, we have an interesting moment where we're seeing growing social-justice activism. Young people are demanding these things. They're putting it on social media and social platforms. They really are holding our educational institutions accountable for the ways that they perpetuate racism in school.

So it really is our job to respond to the needs of our students. This book offers a moment to think through how we got here, the historical legacies of why we're here, but also to think about the present nature of systemic anti-Black and anti-Indigenous violence in our schools. It really pinpoints some of these moments and areas that we need to re-evaluate and try to change and shift.

Black women educators have significant contributions to make to our learning environments that are not just superficial in nature. They were incredible knowledge people who had an important role to play in our education system that we may need to consider and that we should consider moving forward — thinking about how to adapt and shift our education models so that they speak more to the students that we educate.

Coronavirus
School's Out For Summer (and COVID-19)
Was delaying in-person learning until the fall a good call for the province? 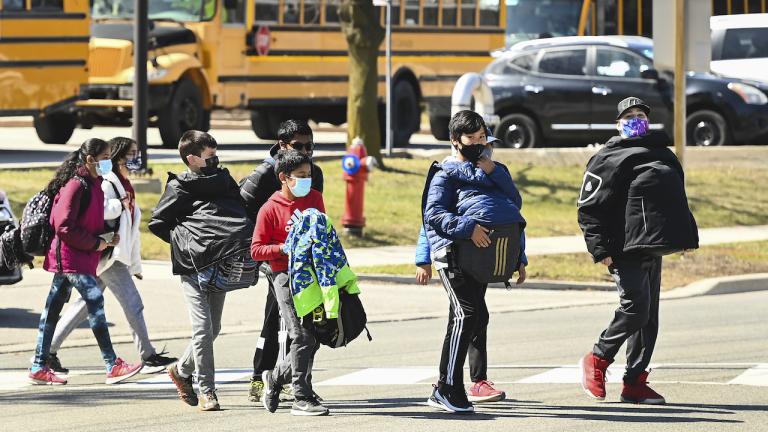 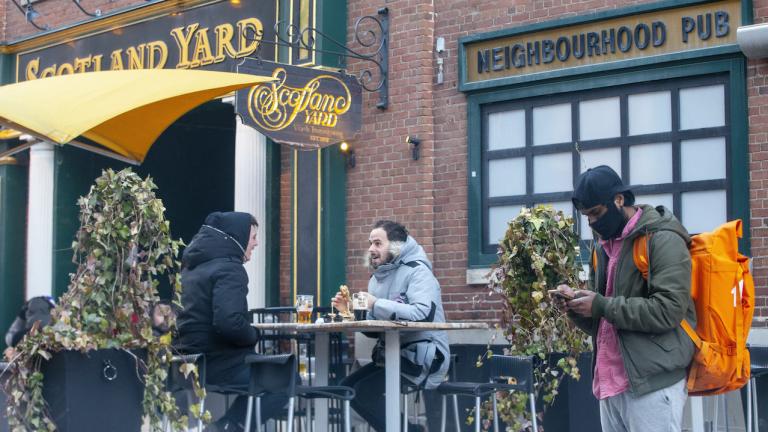