COVID-19 reminds us why Canada has a military

OPINION: The pandemic is the closest thing to a major war that most of us have ever experienced — and the military stepped up, again and again
By Matt Gurney - Published on Nov 11, 2021
Marking Remembrance Day at Sunnybrook Veterans Centre, in Toronto, in November 2020. THE (Nathan Denette/CP)

It is Remembrance Day. This is a day that is important to always observe and honour. It is also a day, I confess, that reporters, columnists, and editors sometimes struggle to cover. It is difficult to say something new and original, something that has not been said any of the previous 103 times we have marked the end of the Great War and later, more generally, the sacrifices (sometimes ultimate) of our military heroes and veterans from all the conflicts and missions since.

It is easier this year than most, though. For much of the lives of most Canadians, the military has been largely an abstract thing. There are varied and complicated reasons for this. The biggest is simply the fact that most of us have lived in times of peace and plenty. Though we were damn lucky to come through the Cold War alive, Canada simply hasn’t seen widespread mobilization of the public, huge commitments of troops and materiel, and mass casualties since the Second World War.

Although it is certainly true that Canadians would probably feel a more profound connection with their military and veterans if our history had been more bloody and awful, I’m not sure anyone would really want to make that trade; a degree of complacency is probably an unavoidable side effect of peaceful lives.

Further, things as mundane as real-estate transactions have often served to separate us from our military. The Canadian military has never been properly funded outside of wartime. Budget-slashing governments of all partisan stripes have gleefully sold off military real estate to realize one-time savings, particularly when that real estate has a high value. One of the unintended consequences of this has been that the armed forces have a minimal presence in many of Canada’s large, expensive cities. There are obvious exceptions — a large army presence in Edmonton, for example, and a major naval presence in Halifax — but they don’t change the fact that, in most Canadian cities, where most of us live, the public has little opportunity to see and get to know their armed forces. (And this is especially true for the big cities where most journalists live.)

I could go on, because as I said, there are a lot of factors that have contributed to this. But the point is made. It is important to note, though, that for the first time in generations, it isn’t exactly true anymore, because we have now lived through a period of mobilization (of a kind), of commitments of trained personnel and materiel, and, alas, of mass casualties. The pandemic is the closest thing to a major war that most of us have ever experienced.

And throughout it all, the Canadian Armed Forces have been there for us. These last terrible 20 months have seen the military step up, again and again, to help when and where the need was greatest. Ontario and Quebec both called on the military for support and resources when their hospital systems were struggling; military troops helped staff the field hospital that popped up in the parking lot in the large medical centre a 10-minute walk from my home during the worst of the third wave. Ontario infamously needed to send troops into our LTC facilities when COVID-19 overwhelmed them. In the current moment, the military has been facilitating the transfer of nurses and equipment into the hard-hit Western provinces and helping get critically ill patients out to hospitals in other parts of the country. The military formed the backbone of our vaccine-distribution effort because, frankly, no one else could.

Anyone who has long studied the armed forces and Canadian military history, as I have, comes very naturally and probably unavoidably to a place of pretty thoroughly pervasive cynicism. Being a booster for the Canadian Armed Forces is probably not the loneliest job in the land, but it’s got to make the shortlist. I cannot tell you how many times in my career, as I’ve warned that our lack of preparedness and seriousness on national-defence issues will one day bite us in the bottom, my fellow Canadians have reacted with either bafflement or outright eye-rolling derision. Why do we need a military? Why should we spend billions on boys and their violent toys? What possible danger could we face that the Americans wouldn’t protect us from? Who would we be invading?

These comments were always grotesquely naive, and anyone who knew their history would have known that. The pandemic has been a reminder to us all that the military is, first and foremost, a national insurance policy. Yeah, it’s expensive and complicated to run, and it certainly has a nasty habit of getting itself into trouble, as the current sexual-misconduct scandal vaporizing career after career in the highest ranks of the forces so clearly demonstrates.

But, boy, howdy, are you ever glad to have it at the ready when something goes sideways on you and there is literally no one else to call.

TVO.org is naturally focused on Ontario issues. We don’t shy away from local or national stories, but it’s not really what we do here. Because of that, I will spare you all the impassioned plea for a more robustly funded and equipped Canadian Armed Forces.

But what I will say this November 11, as we honour those who have sacrificed so much for our country in our past wars and missions and serve it today, is that the past 20 months have given all of us, especially in Ontario, a vivid reminder of exactly why we have a military: you never know when unexpected tragedy will strike and when you will need help dealing with it. No one had heard of COVID-19 three months before it shut our province down. The point of properly funding your military in peacetime is that it is there on a moment’s notice when you need it to deal with military or public-health threats. You don’t need to scramble to get it ready. It exists, at the ready, waiting for the call.

The military is not the only answer to such problems as COVID-19, and it’s not even the best. But a properly funded and equipped military is part of a whole suite of preparedness measures and basic government competencies that we simply didn’t have — because we chose to neglect them. After these 20 horrible months, let’s hope we learn this lesson, so that we can be a bit smarter and better off for it next time. Because there will always be a next time. 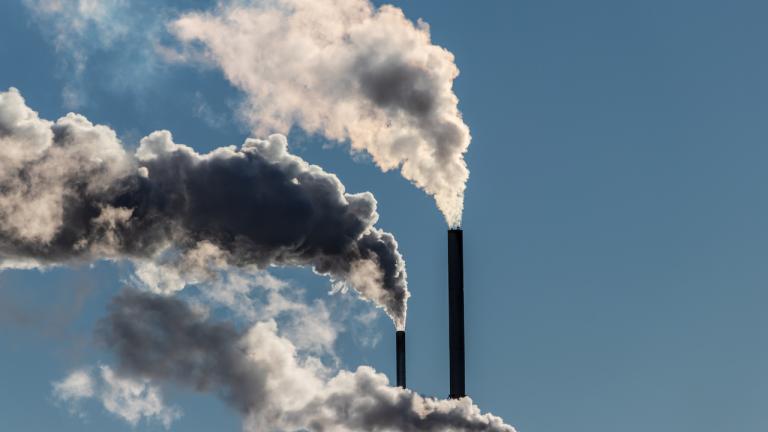