The government has changed course on coronavirus testing for the second time since the pandemic began. Read the full plan here
By TVO.org staff - Published on May 29, 2020

The government of Ontario released a new testing strategy — its second change in course since the pandemic began — in a briefing with provincial officials on Friday. The press conference included Vanessa Allen (chief of microbiology at Public Health Ontario’s lab), Matthew Anderson (CEO of Ontario Health), and Dirk Huyser, the chief coroner of Ontario.

The document released to the public by Queen’s Park details both the government’s successes so far, including the ramping up of testing capacity to 20,000 cases per day, as well as the next set of challenges.

With testing criteria already expanded to include asymptomatic people in higher-risk categories, the government now intends to broaden its testing program to include new categories of people and settings (including a broad list of essential workplaces) and eventually move to focusing on controlling outbreaks through more targeted testing campaigns.

Read the full document below: 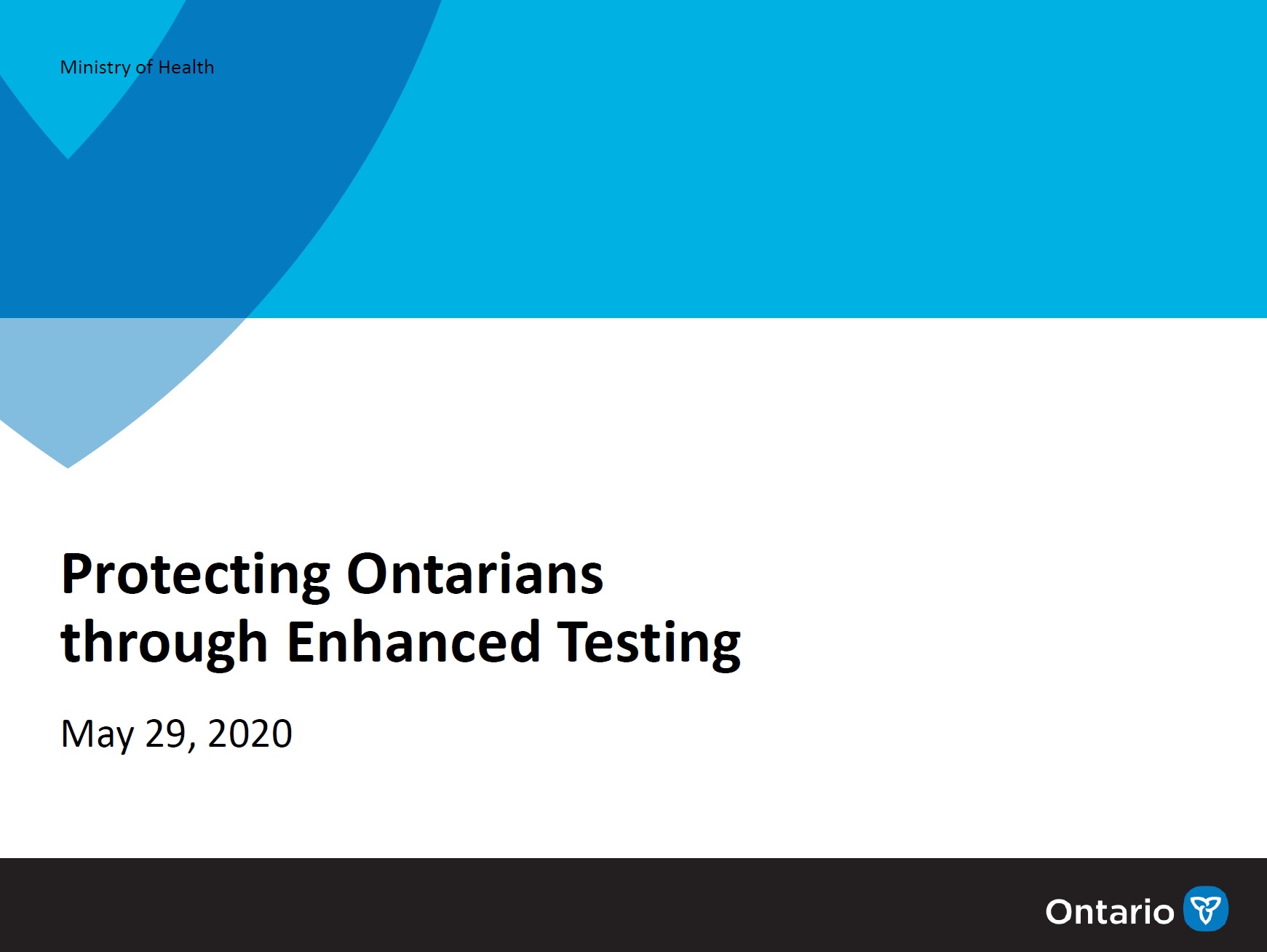 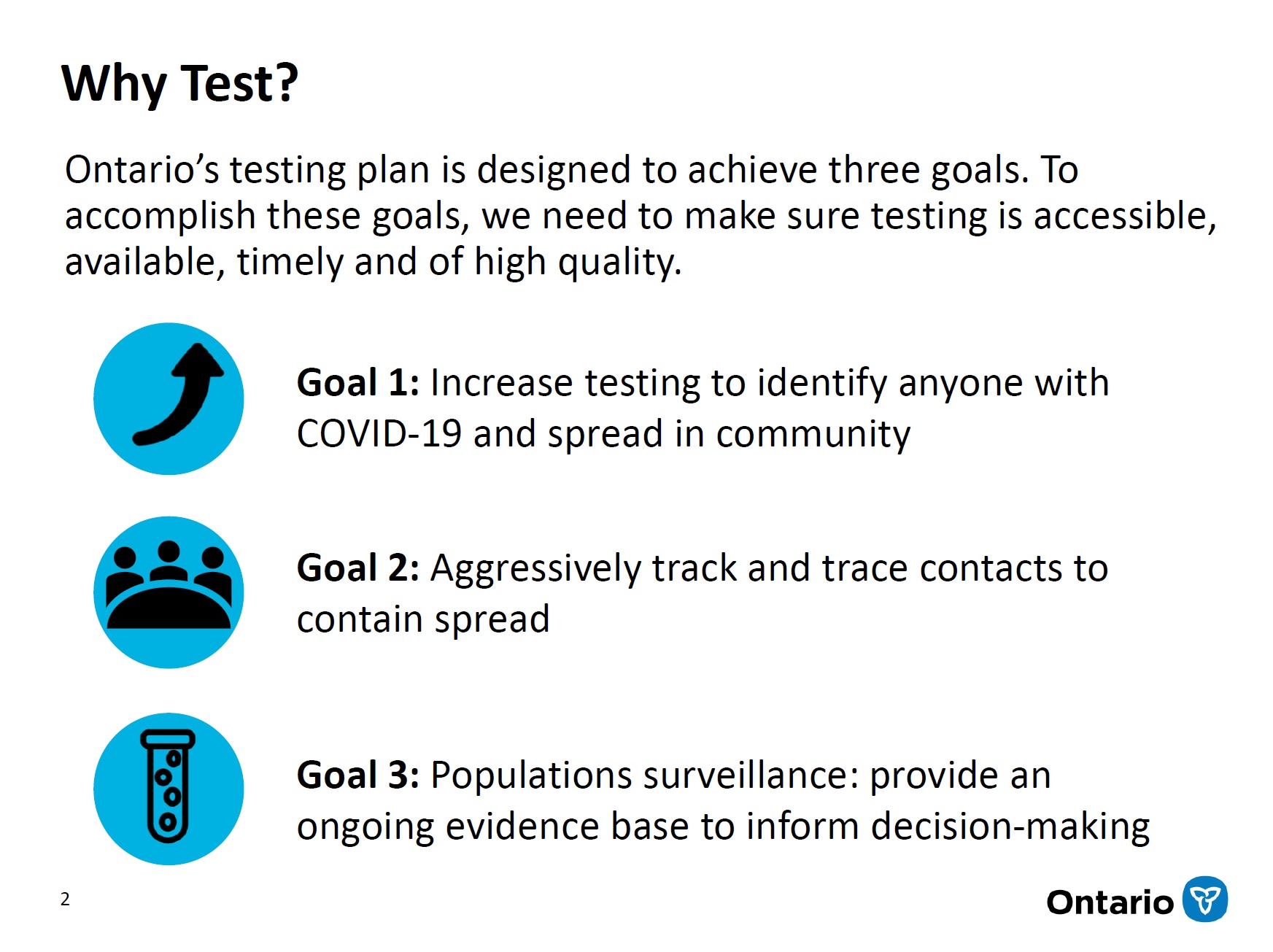 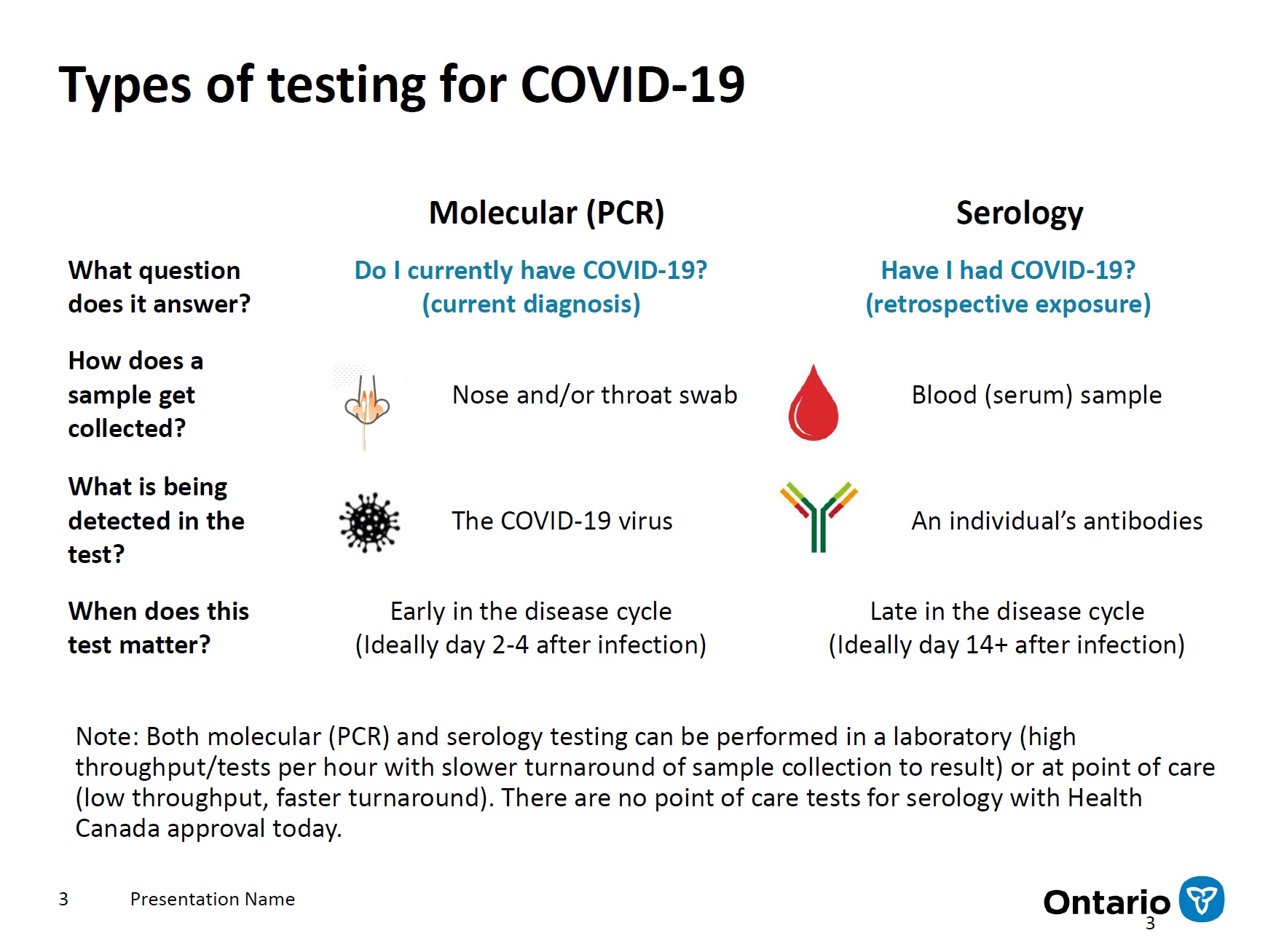 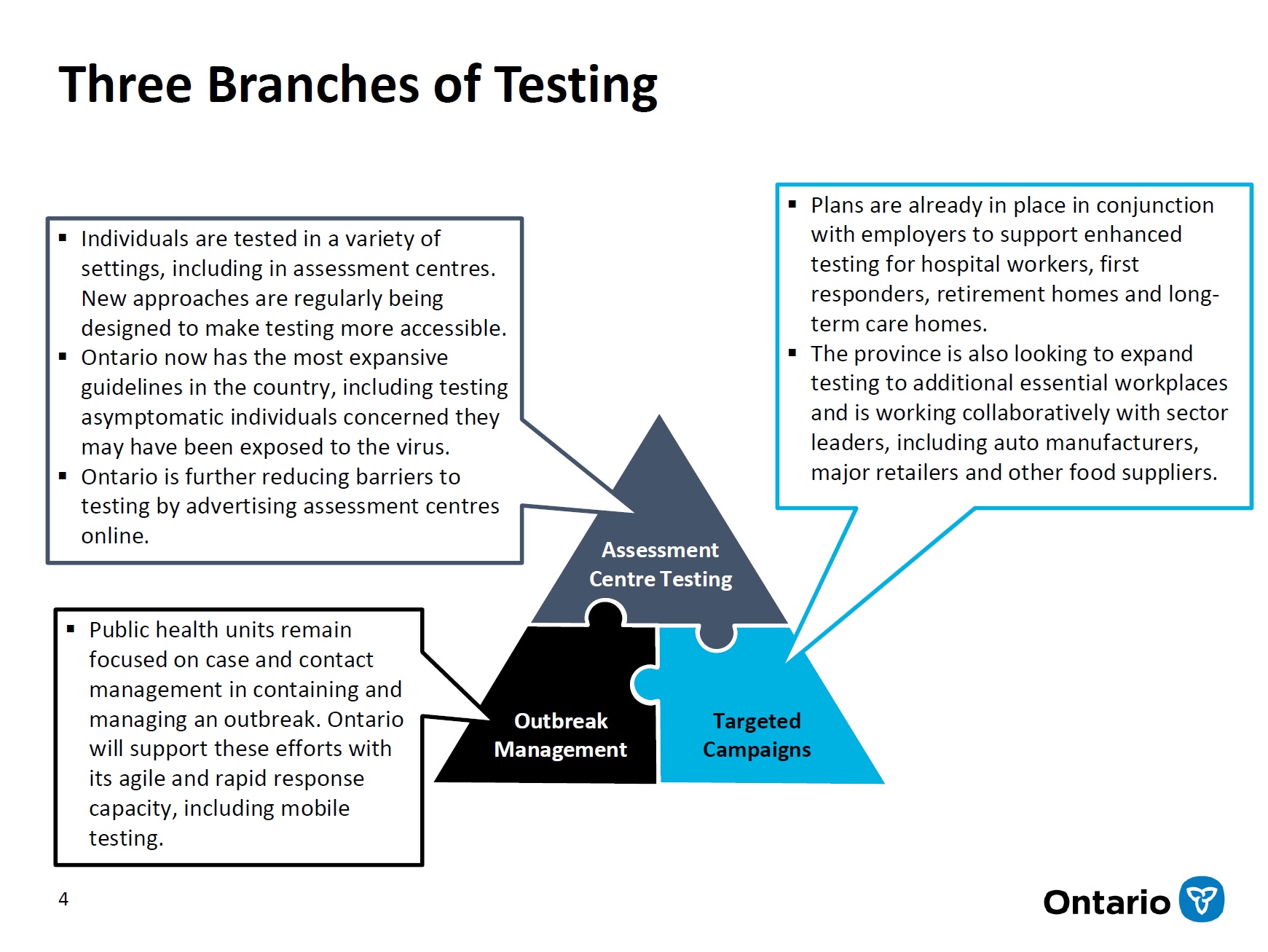 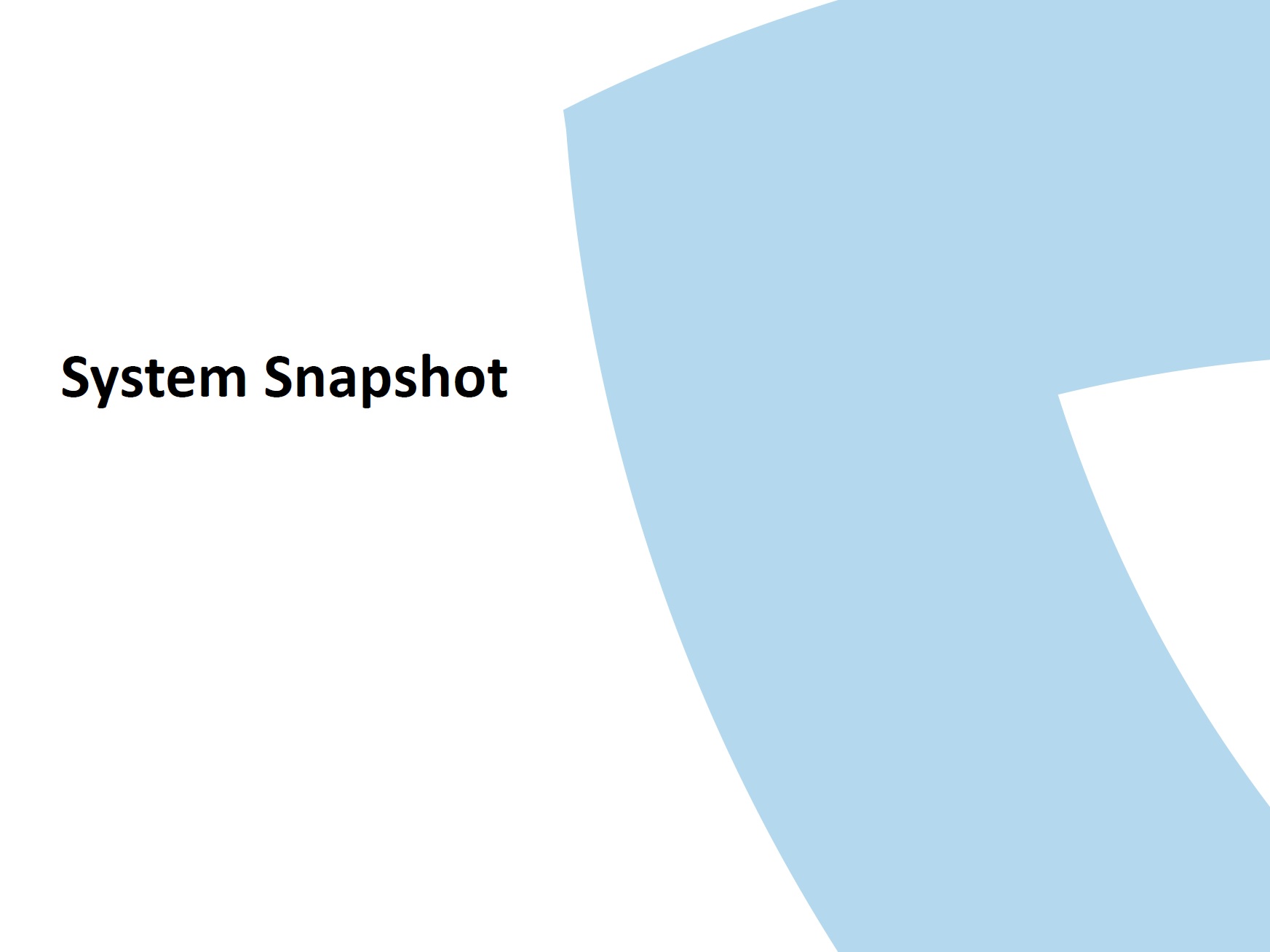 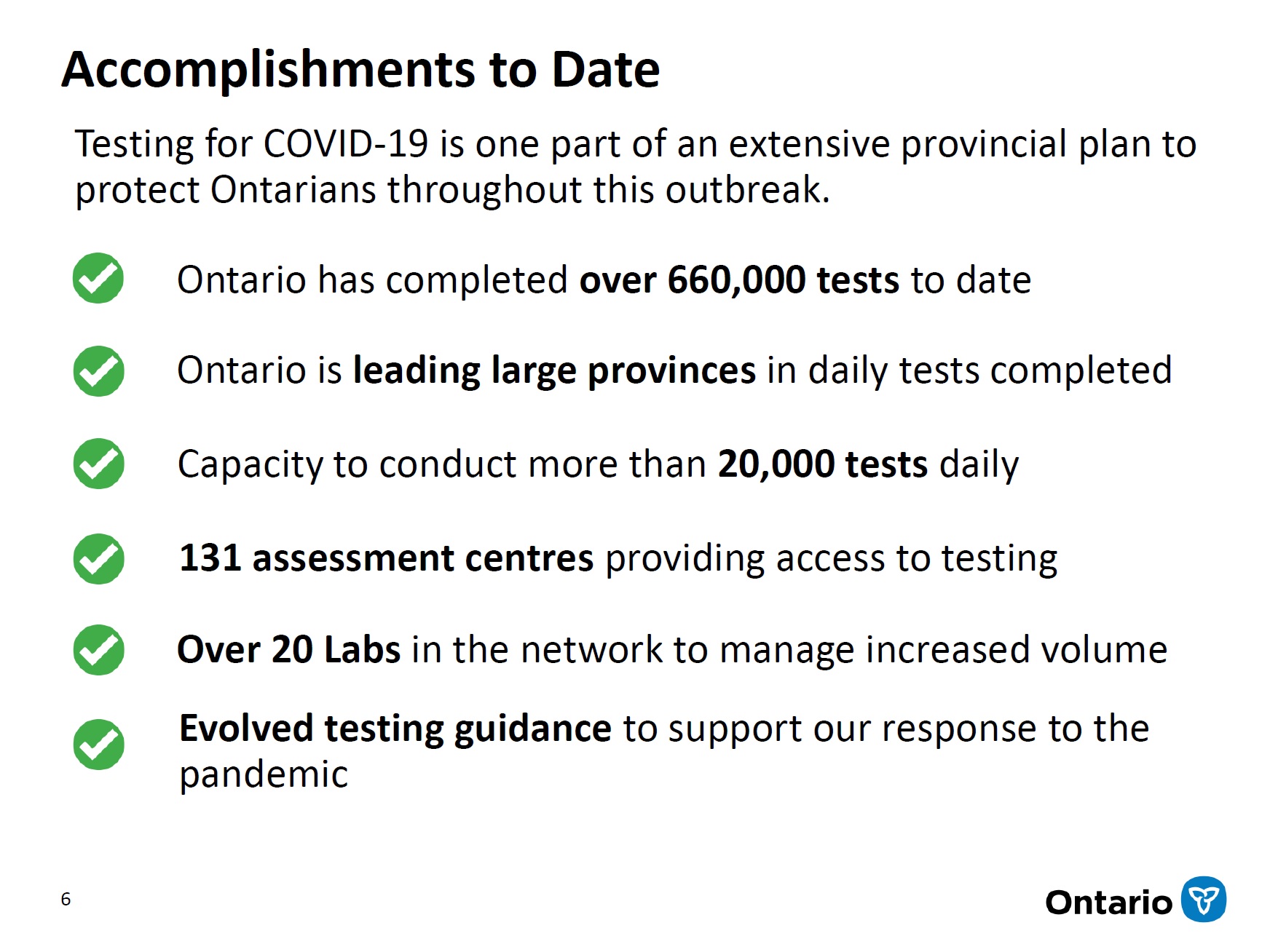 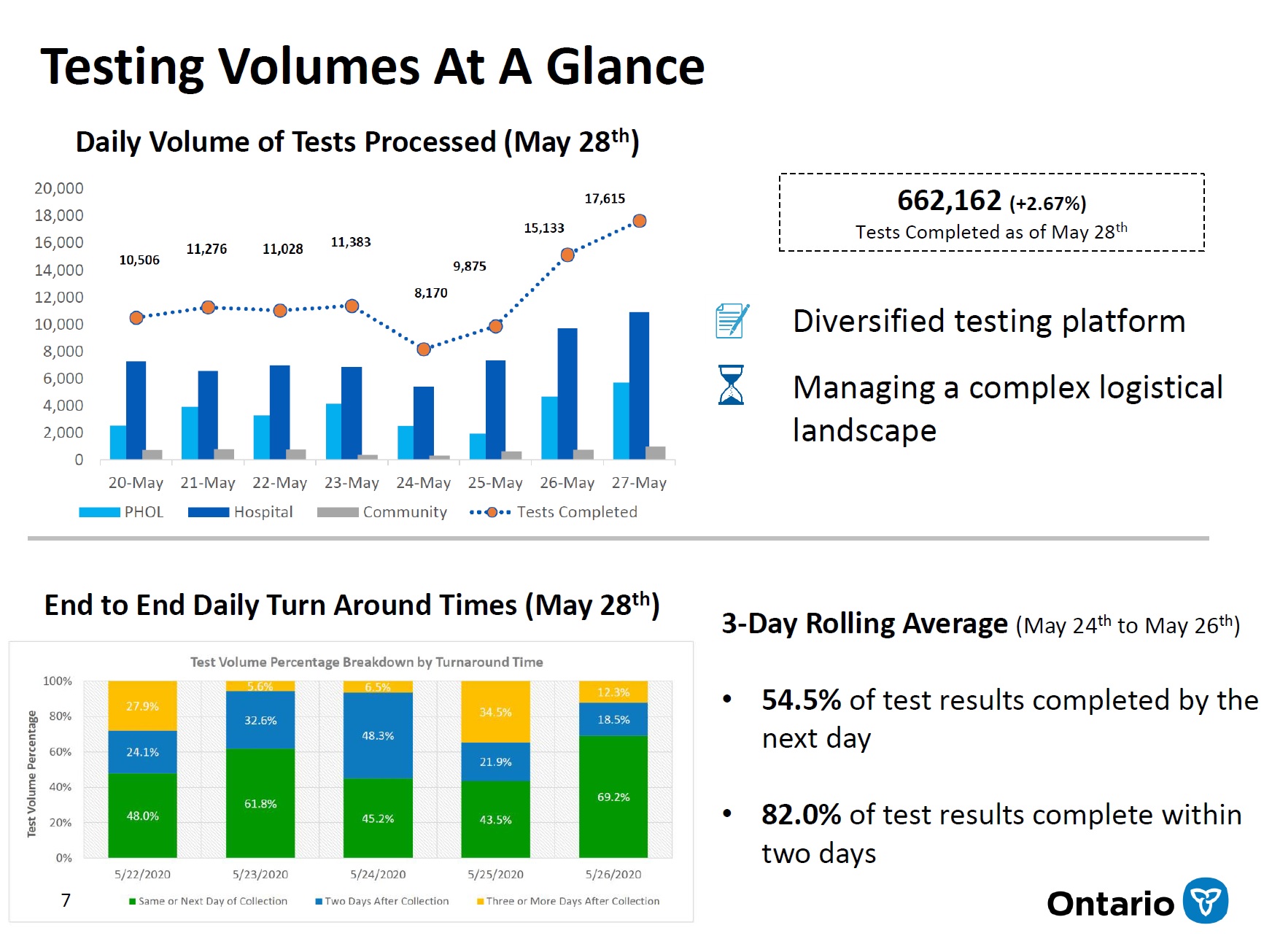 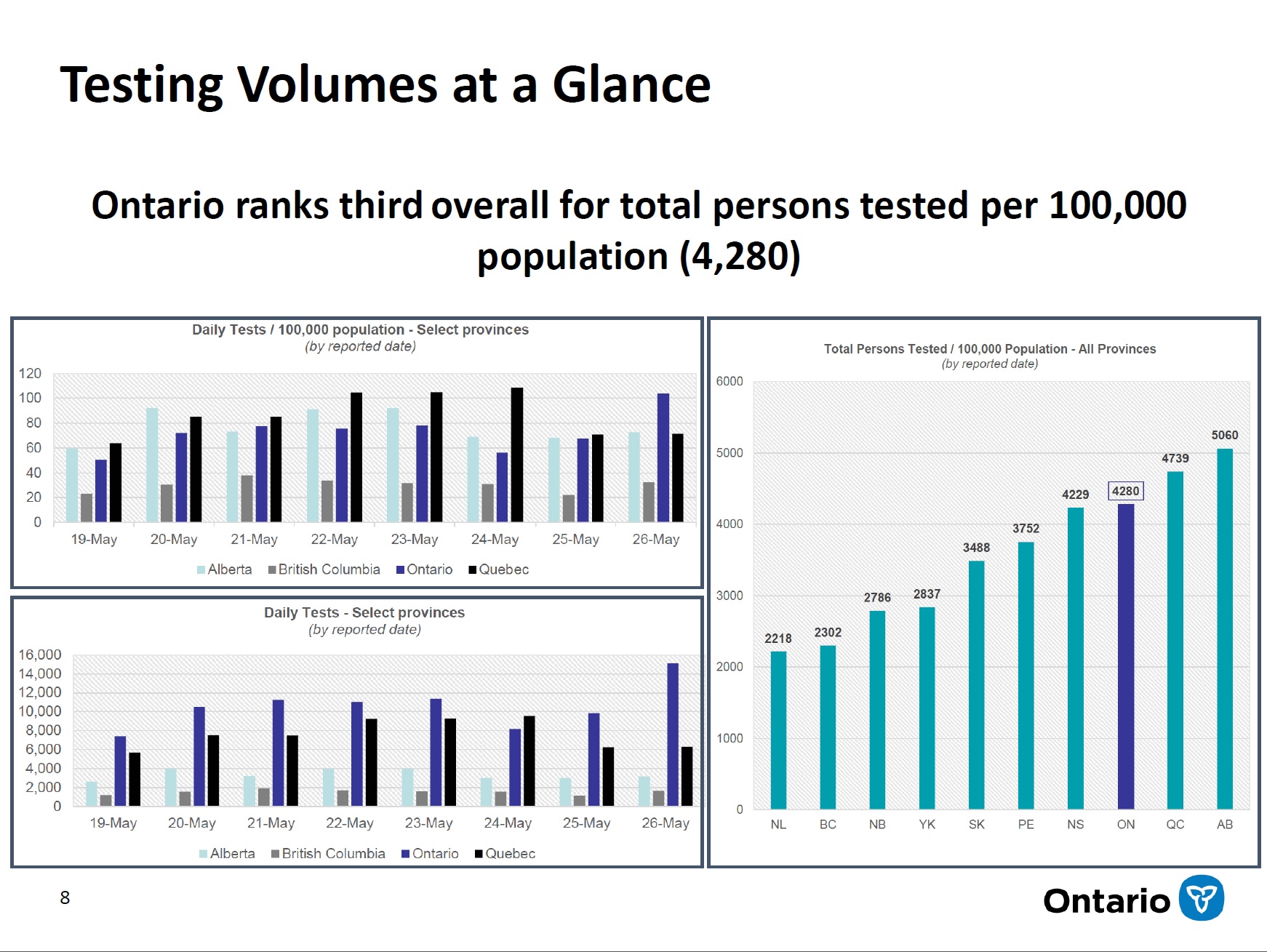 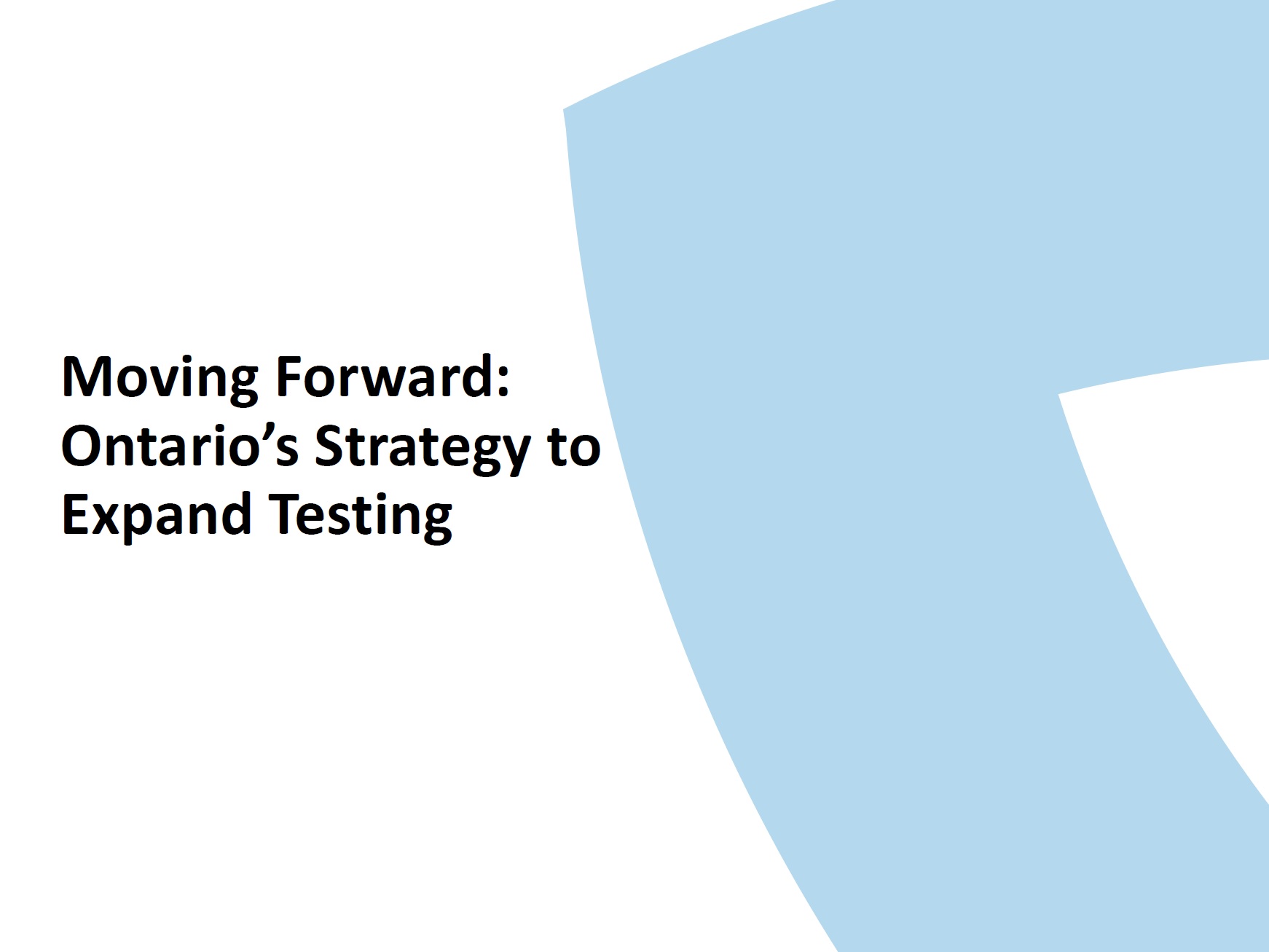 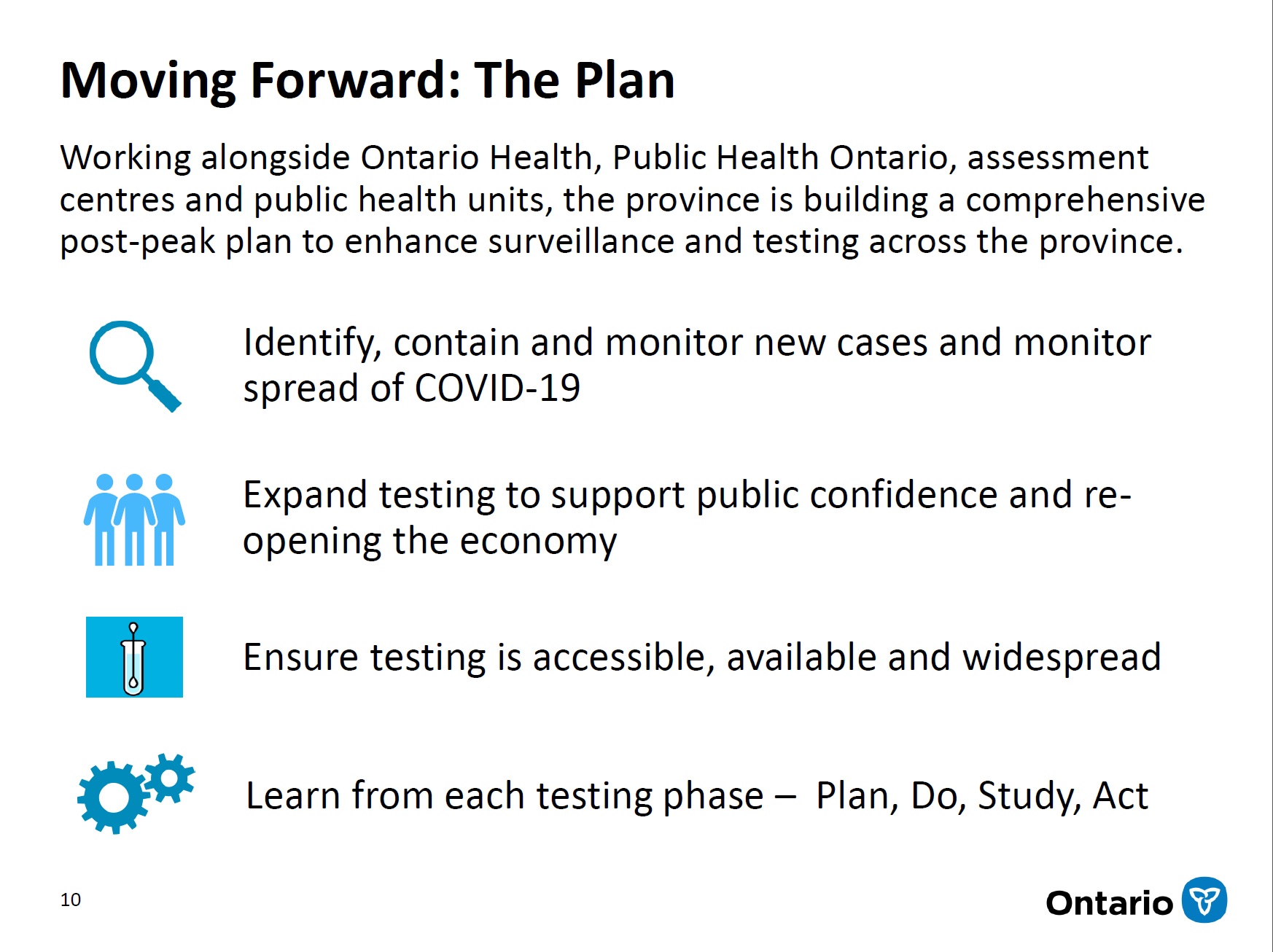 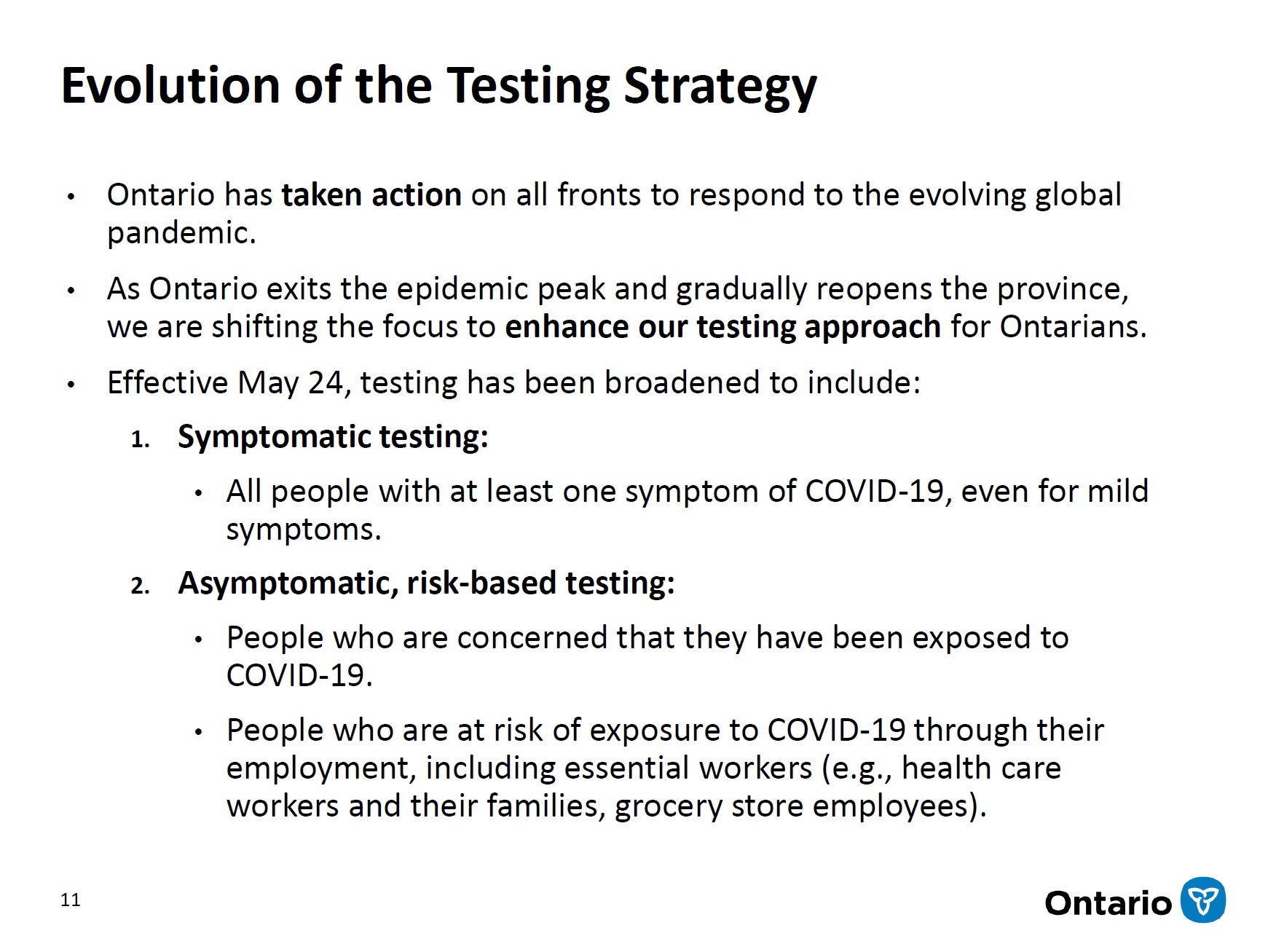 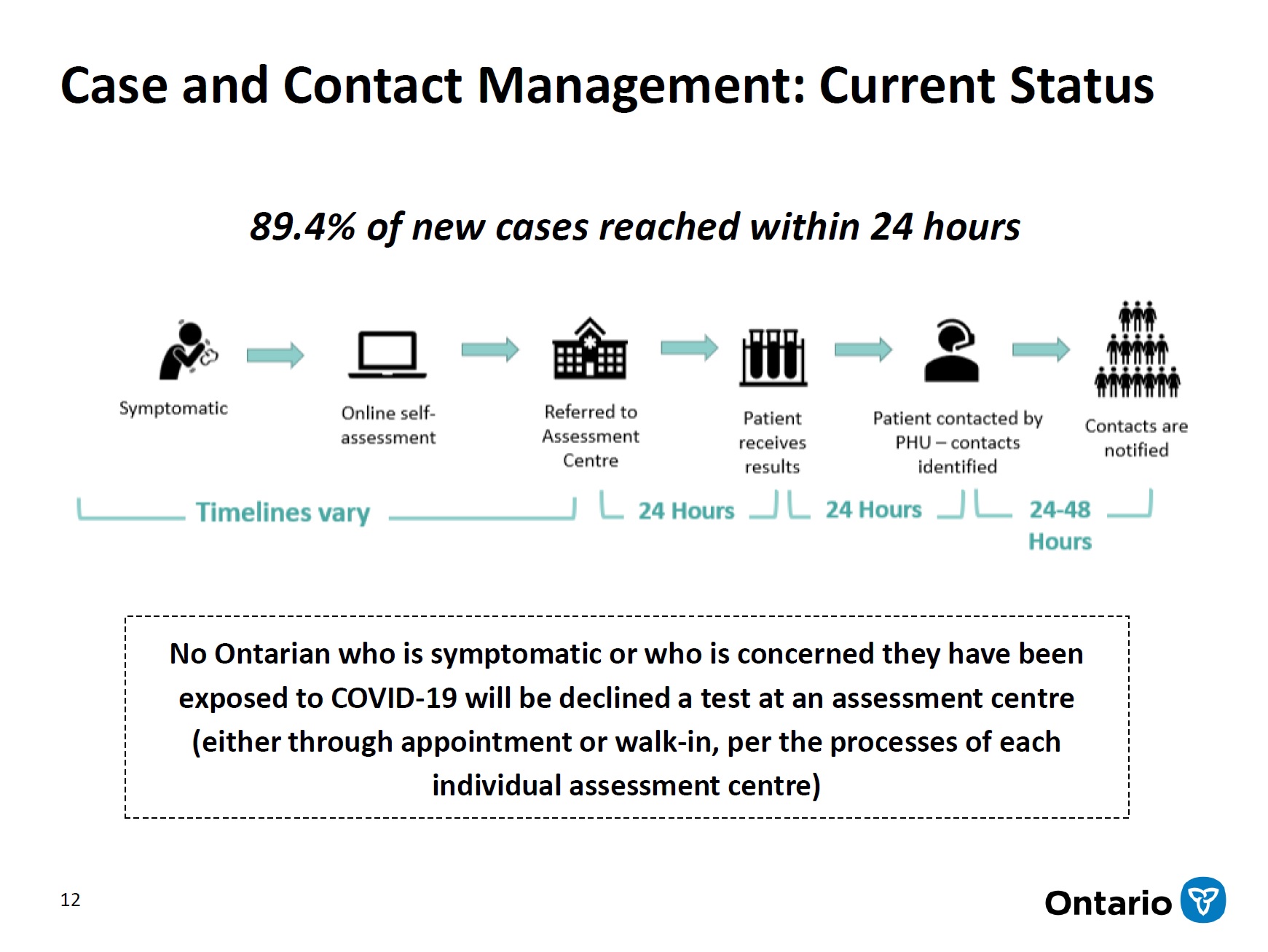 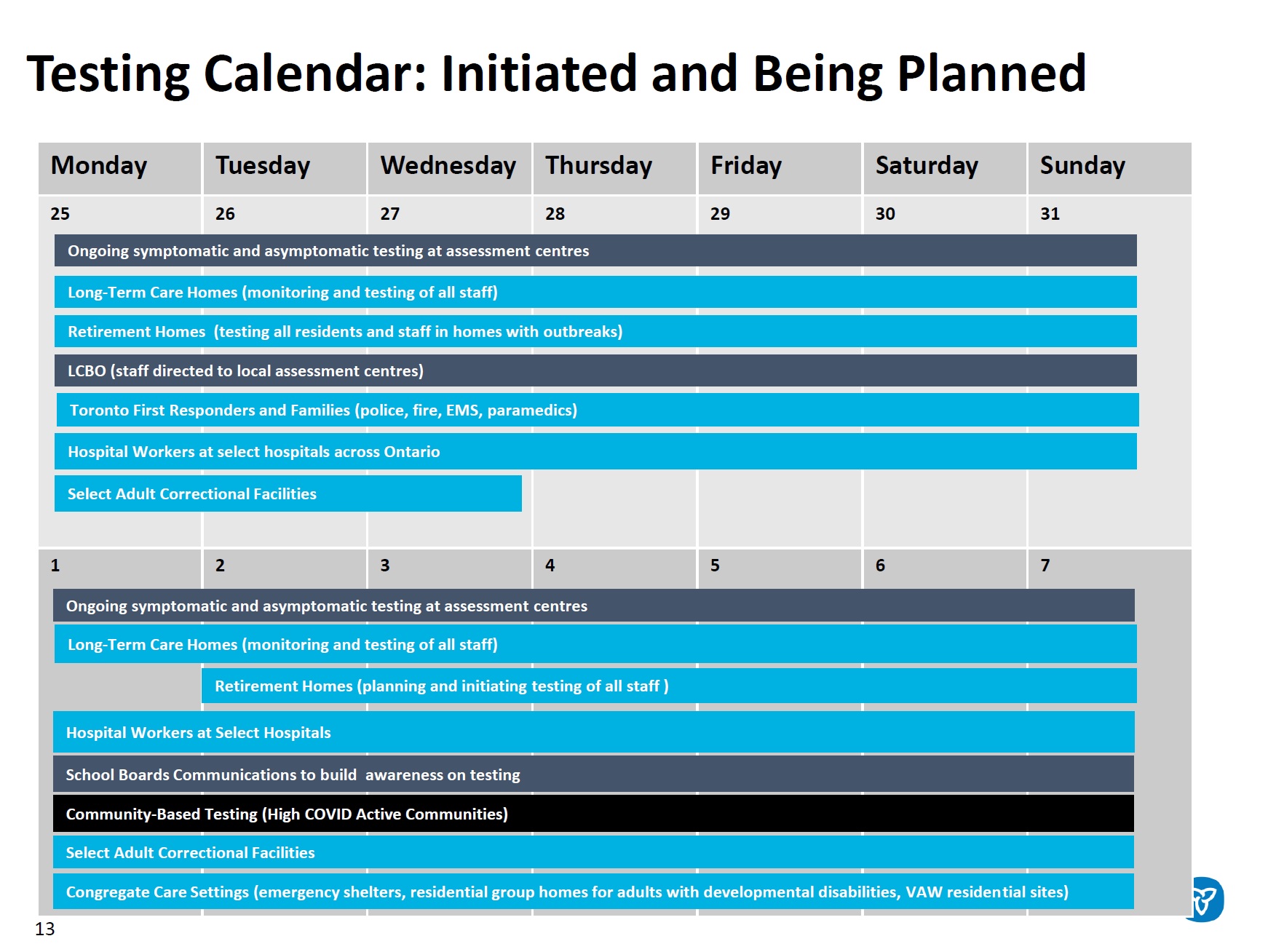 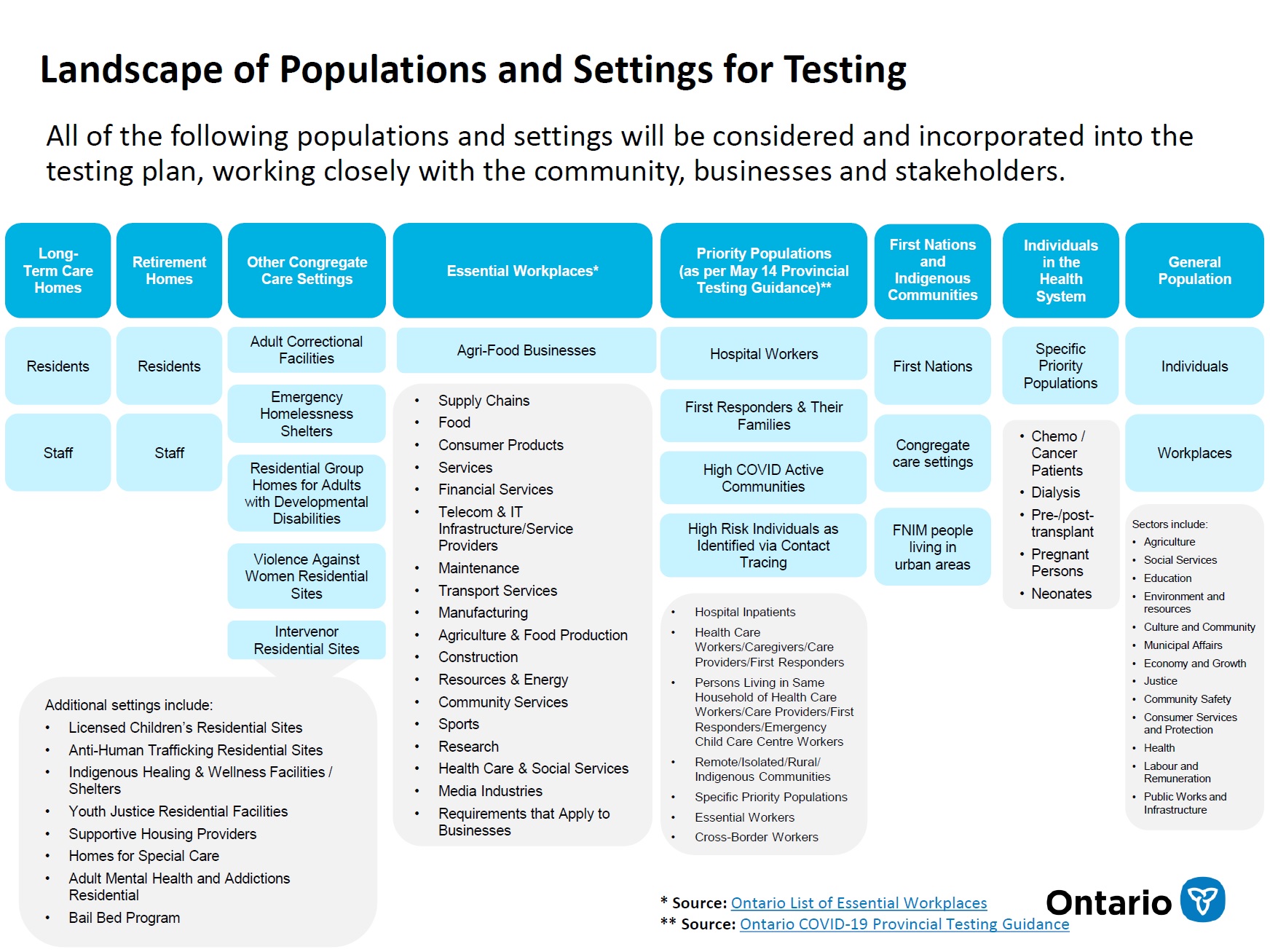 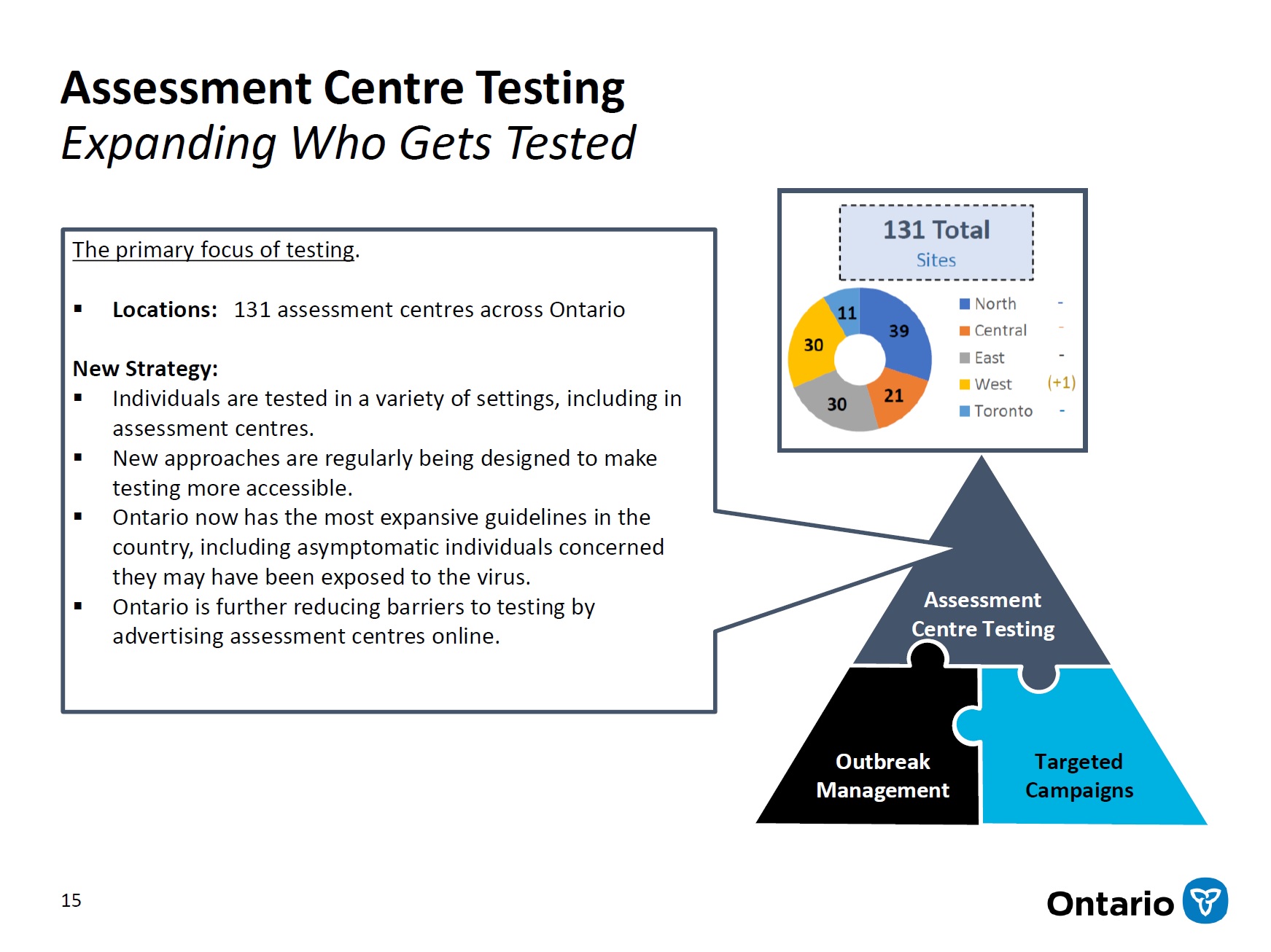 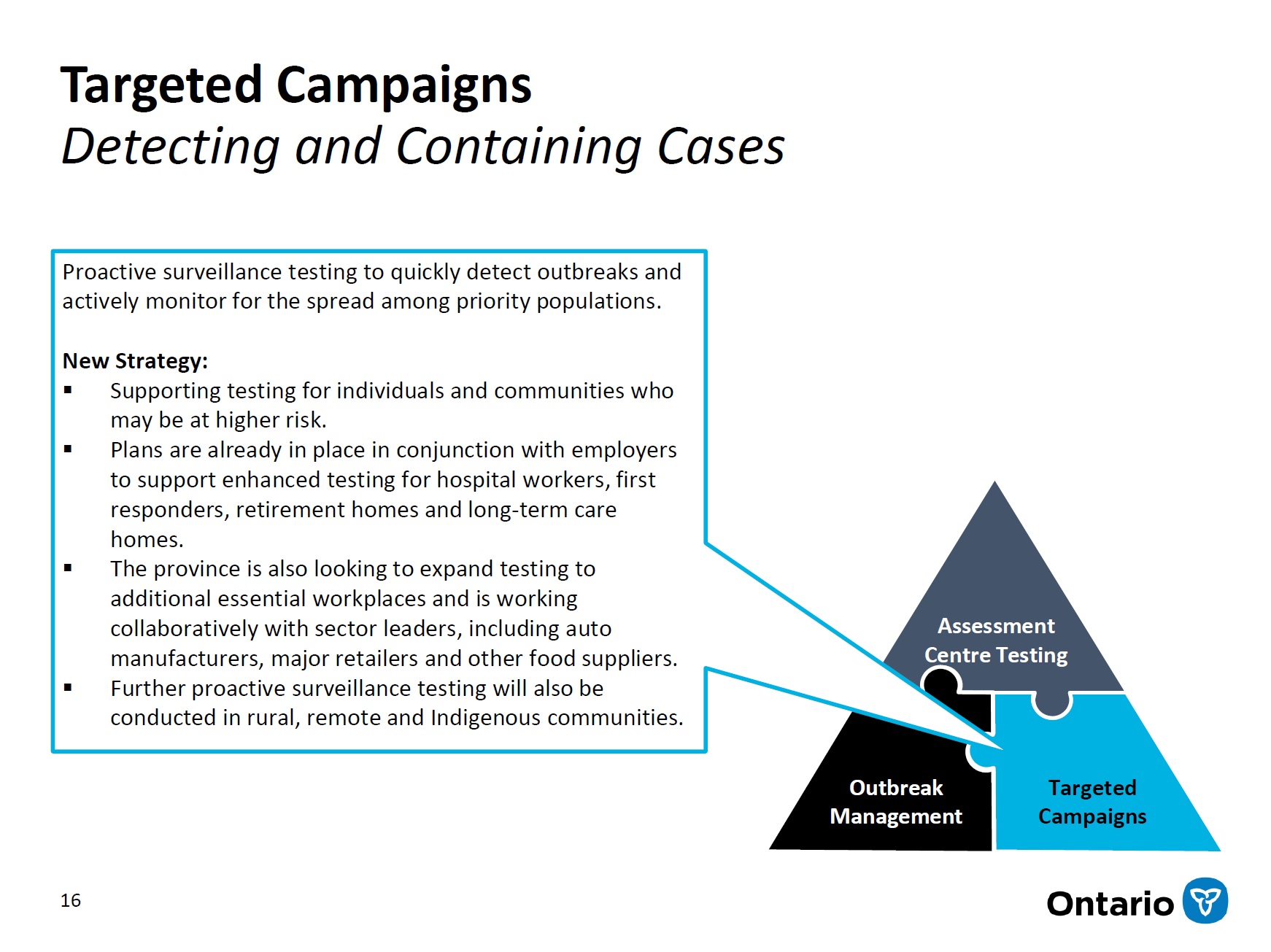 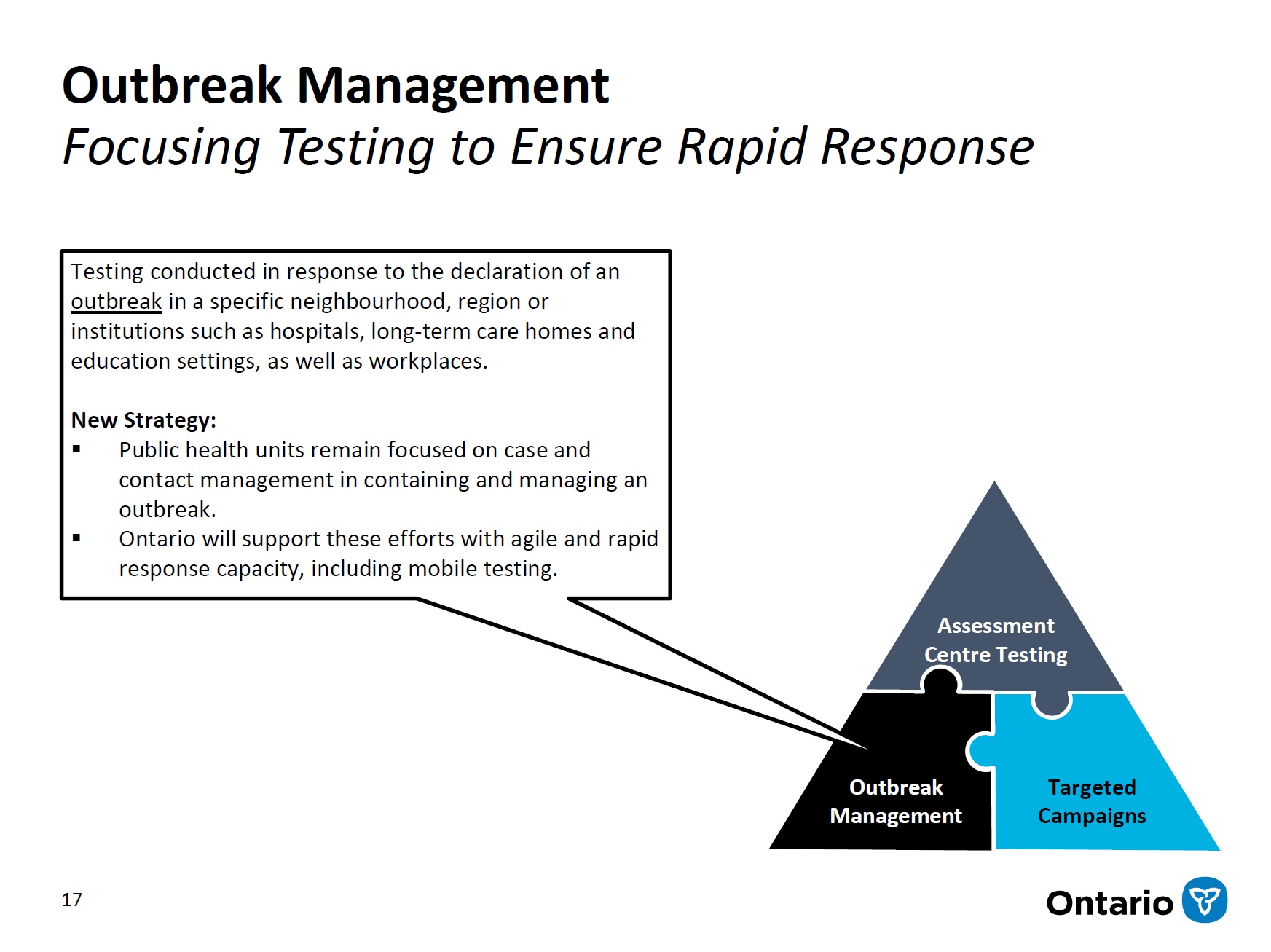 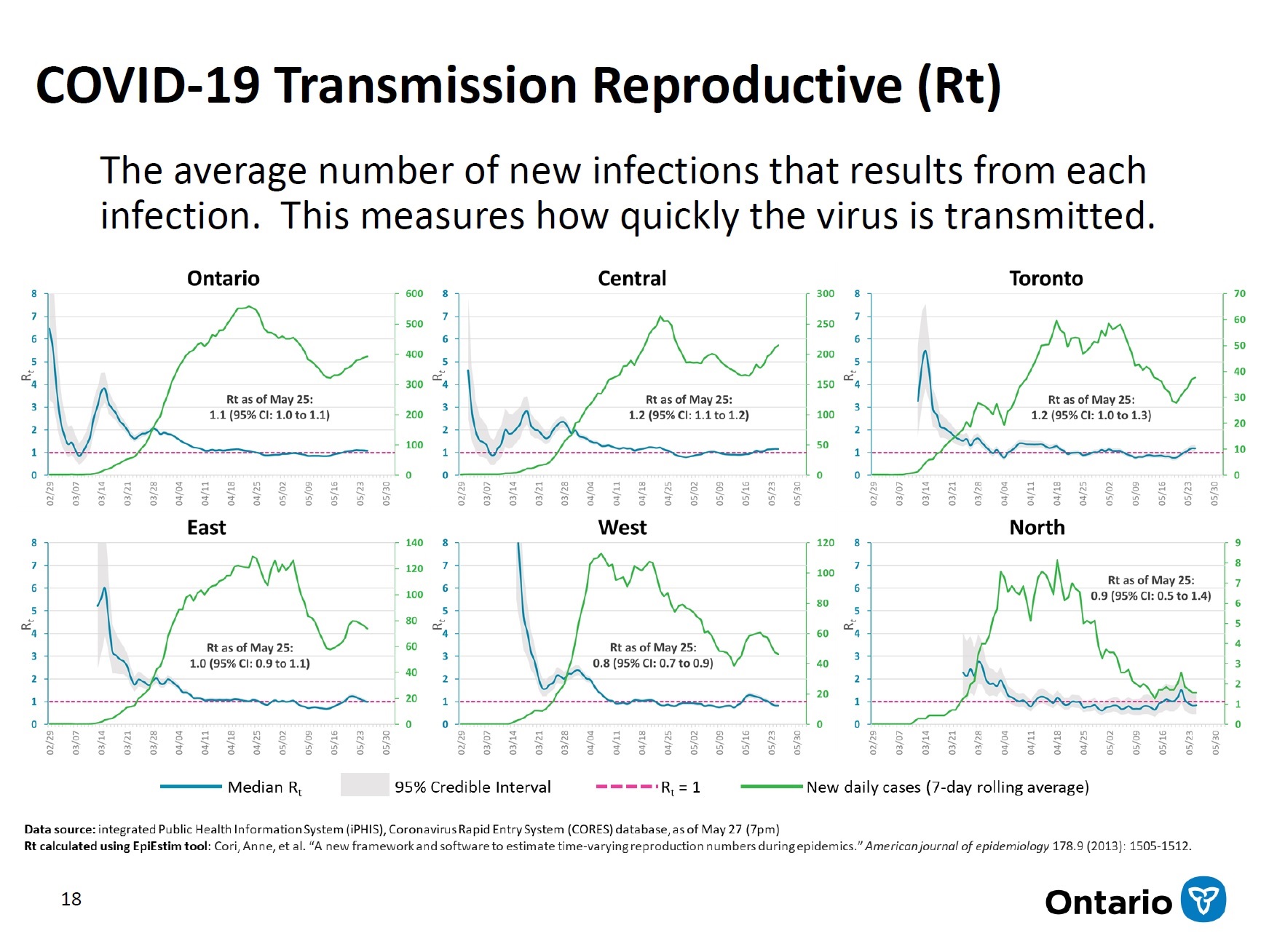 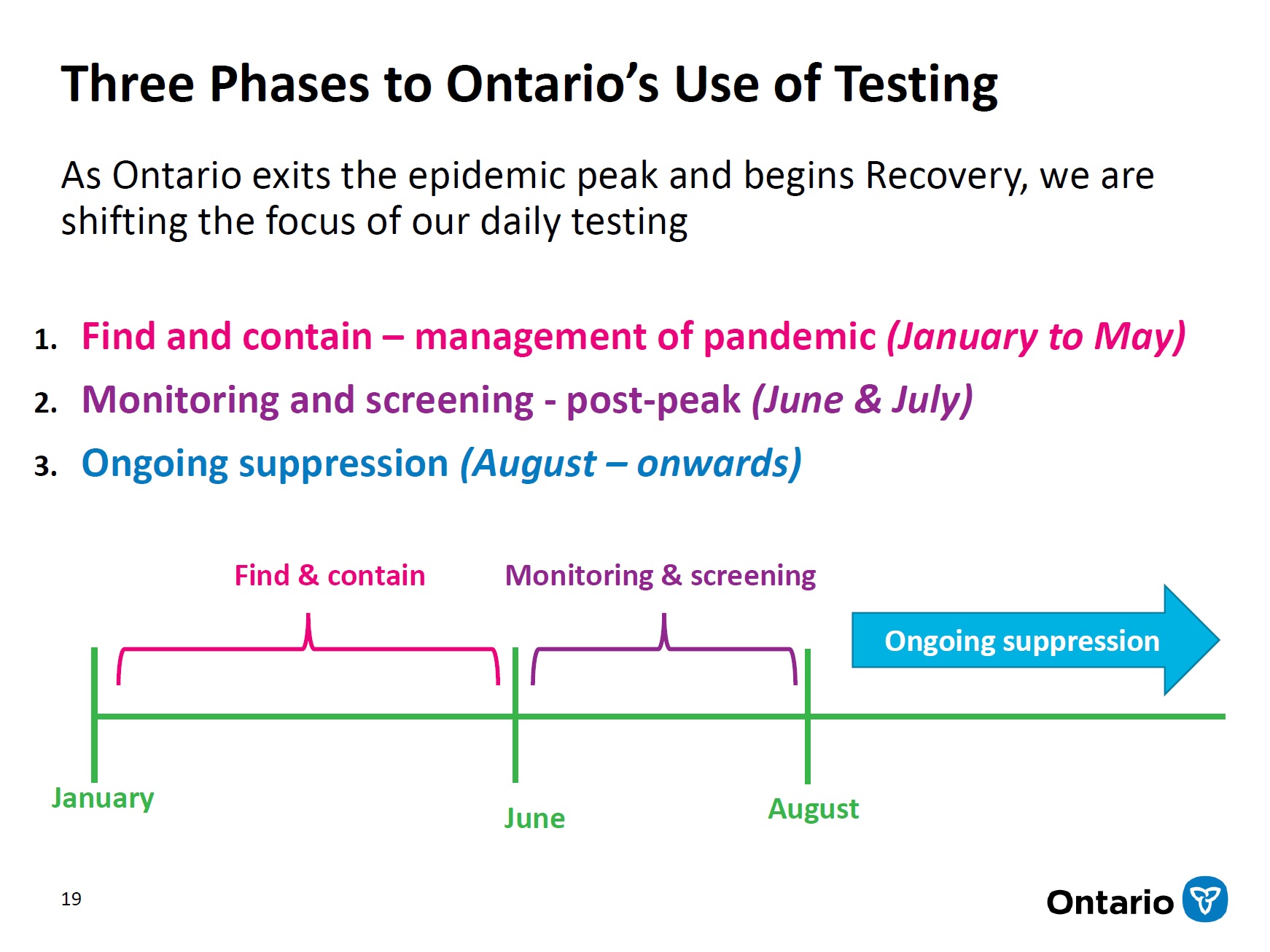 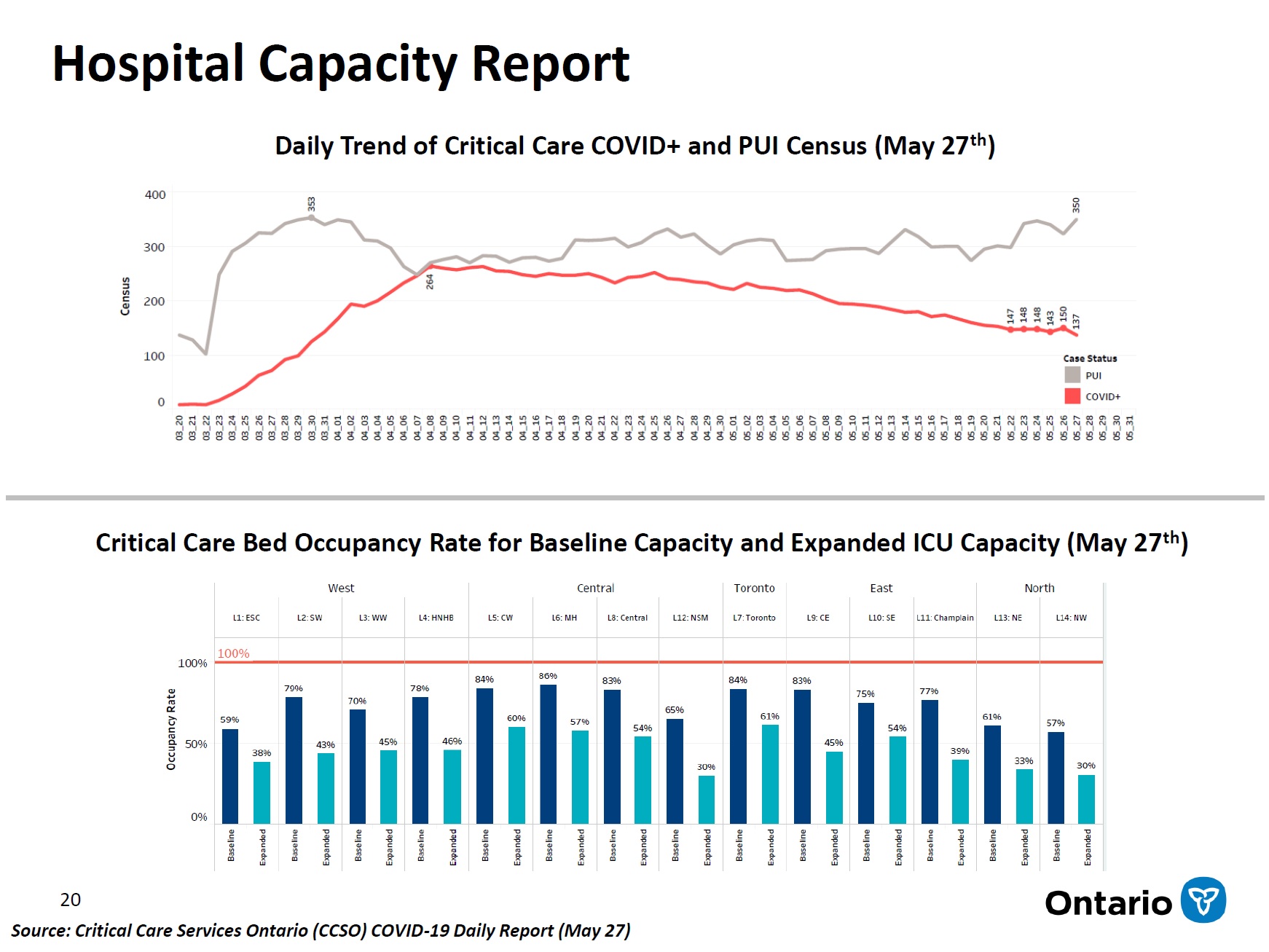 Coronavirus
It’s now officially patio season — but is it safe for servers to go back to work?

Most of the province is now in Stage 2 of Ontario’s reopening plan, which means that outdoor dining is a go. That has waitstaff choosing between potentially heightened risk and financial need.