COVID-19 in Bearskin Lake First Nation: The story so far

In the wake of an outbreak that infected close to half its members, the community has received some aid from the government — and from its neighbours
By Charnel Anderson - Published on Jan 13, 2022
On December 31, people travelled from Kitchenuhmaykoosib Inninuwug carrying supplies for Bearskin Lake First Nation. (Linda A Mckay/Facebook)

When MPP Sol Mamakwa landed in Bearskin Lake First Nation, a remote community more than 600 kilometres northwest of Thunder Bay, last Thursday, he intended “to see things” for himself. It was -30 degrees Celsius and the community of roughly 480 people was, according to Mamakwa, like a “ghost town.”

During Mamakwa’s visit, Bearskin Lake was in the midst of a massive COVID-19 outbreak that infected close to half its members, leaving them isolated at home instead of participating in community life. Mamakwa, NDP MPP for Kiiwetinoong — a riding that includes Bearskin Lake — met with Chief Lefty Kamenawatamin outside Kamenawatamin’s home where he was isolating with his son, who had tested positive. “He’s got no place to go,” says Mamakwa, due to chronic overcrowding in the community. (Kamenawatamin himself has since tested positive for the virus.)

On December 29, the community declared a state of emergency, a largely symbolic move to illustrate the urgent need for support. On December 30, Indigenous Services Canada deployed four health-care workers to the community, and over the following week, approved over $1 million in support, including funds for PPE, isolation accommodations, wages for community-based workers, and security efforts.

“Bearskin Lake must contend with a poorly resourced public health care system, few nurses, severe overcrowding, and no space to operate testing and isolation centres,” Kamenawatamin said in a January 3 press release. “The majority of households are under quarantine and require food and water delivery, chopped wood for heating and medication to relieve fever and pain.”

The ongoing crisis has led some to criticize both governments’ response to health crises in First Nations — and led neighbouring communities and concerned citizens to take action.

By January 3, 174 community members had tested positive for COVID-19, including many of those who handle day-to-day operations, leading Kamenawatamin to publicly call for support from the Canadian military. “Our babies and children, mothers, and Elders have all been hit. We are reeling at the speed of the spread of this potentially deadly disease. This outbreak has stretched our resources to the point of breaking,” Kamenawatamin wrote on January 3. “I must now implore Canada and Canadians for their assistance and request that the military be deployed to us immediately to assist us.”

To provide military support, the federal government requires a formal request for assistance from the province. On January 6, Solicitor General Sylvia Jones submitted the request for military support for Bearskin Lake and three other First Nations, writing, “Bearskin Lake First Nation has fewer than 20 staff members trying to assist hundreds of community members who are unable to leave their homes … the current level of support required by the community exceeds the ability of these few staff to manage.”

Members of the Canadian Armed Forces arrived in Bearskin Lake on Saturday for an initial assessment. Minister of Emergency Preparedness Bill Blair approved the formal request for military support on Sunday. That same day, four Canadian Rangers (members of the Canadian military that work in remote, isolated, and coastal regions), who had previously been isolating in Bearskin Lake, were deployed to help with logistics, transportation, and delivery of supplies including food, water, and firewood, according to a spokesperson for the minister of national defence.

According to a spokesperson for Indigenous Services Canada, three more Canadian Rangers have since been deployed in the community — although Bearskin Lake First Nation disputed that in a press release issued January 12, stating that only five Canadian Rangers in total are currently active there. (The Department of National Defence was unable to respond to TVO.org’s request for comment by publication time.)

The process for First Nations to request assistance from the federal government has been criticized by First Nation leaders. After Kashechewan First Nation declared an outbreak in July, Chief Leo Friday told TVO.org that, while he appreciated the government support the community received, the aid did not come quickly enough. In a January 3 press release, Nishnawbe Aski Nation Grand Chief Derek Fox writes that “we have had a positive relationship with various levels of government and agencies” but that “if this was happening in any city in Canada an immediate response would have been mobilized.”

When asked whether there should be a different mechanism to trigger support for First Nations facing circumstances similar to those in Bearskin Lake Indigenous Services Minister Patty Hadju tells TVO.org, “I’m always open to looking for more efficient ways to do things. I think with the military, there’s a really huge importance to formal requests because we can’t have, obviously, the military show up unwanted in communities. But I do think that there’s ways that we all need to look at, sort of, efficiency, in terms of how we move people around.”

Meanwhile, neighbouring communities quickly answered Bearskin Lake’s call for support. On December 31, more than two dozen people loaded snowmobile trailers with supplies such as food and firewood and travelled from Kitchenuhmaykoosib Inninuwug to nearby Severn River to unload the goods. The convoy then headed back to KI — a journey that took more than seven hours roundtrip, according to CBC Thunder Bay.

Tania Cameron, a community organizer in Kenora, launched a fundraising campaign for the community on New Year’s Eve. Cameron thought she might raise a few thousand dollars —she reached that goal by noon the same day. The effort has since raised over $30,000, which has been used to buy groceries, a log splitter, and insulated work gloves, among other supplies for the community.

“I got emotional when I saw the pleas from families in the community, and how they’re struggling, and how they’re being quickly overwhelmed,” says Cameron. “But then the response by neighbouring communities — it’s just so beautiful.”

Rain Harper, a 22-year-old from Keewaywin First Nation who donated to Cameron’s campaign, wanted to do more. Harper decided to organize her own fundraiser for Bearskin Lake and collected over $10,000, an amount that was matched by Keewaywin leadership, for a total of $21,530.

As of January 11, there were 65 active cases in the community. The rangers are currently scheduled to remain until January 23, although ISC has indicated that the operation could be extended by one week.

“Our community was anxiously waiting for help, and we were comforted by the thought that Canada would step in to provide us with much needed physical and moral support. In the end, however, this help has been minimal,” Kamenawatamin wrote on January 12.

“I must now focus my energies and attention on the mental health crisis this situation has created and work towards the positive healing of my community.”

Hamilton
How to rename a school named after Egerton Ryerson
A Hamilton elementary school is using an “Indigenous process” to select a new name. So what should such a process look like?
Justin Chandler 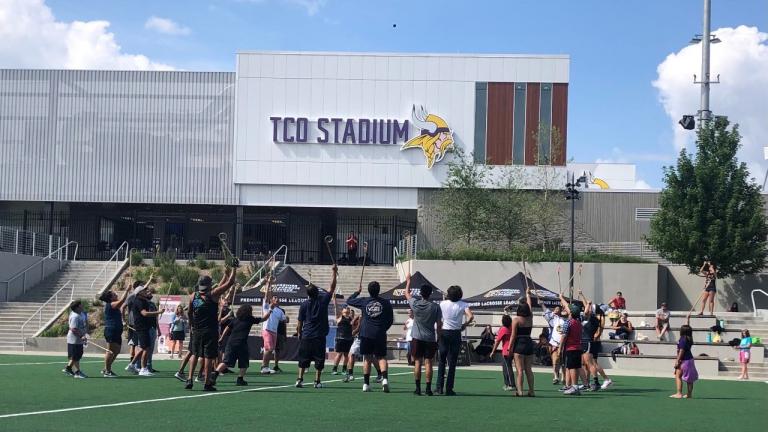 Indigenous
For the first time, an Anishinaabe lacrosse team will compete as an independent nation
Laurent Beausoleil
sfy39587stp16