The government today unveiled its enhanced strategy for case and contact management — and a new app called COVID Alert
By TVO.org staff - Published on Jun 18, 2020

Contact tracing is one of the biggest jobs in controlling the spread of an infectious disease, and it’s traditionally done using old-school methods: interviewing infected people and asking them to recall who they’ve been in contact with, where they’ve been, and for how long over a period of days or even weeks.

After Canada Day, Ontario’s contact-tracing efforts will start to enter the 21st century, thanks to COVID Alert, a phone-based app that people will be able to download on their phones and that then will then log the proximity and the length of time they come into contact with anyone else who also has the app installed on their phone. It will provide automatic, anonymous contact tracing that people can then choose to share if they later test positive for COVID-19.

The app, developed through a partnership between Canada and Ontario, and with volunteer help from Shopify and BlackBerry, will be available for download on July 2 for iPhones running iOS 5.0 or later and for Android phones running Android 6.0 or later.

The app will not collect or store any personally identifying data or GPS-location data; proximity to other phones with the app installed will be extrapolated by the strength of low-power Bluetooth signal. The intellectual-property rights for the app will be owned by the Government of Canada.

The launch of this new contact-tracing effort comes as the province is also making a major upgrade to its data-collection system. The current system, iPHIS, has been criticized by both local public-health officers and the auditor general for being slow and out of date. (Toronto created its own data-collection system earlier in the pandemic in part because of iPHIS’s weaknesses.) The new Ontario Lab Information System will be rolled out to Ontario’s 34 public-health units in a phased approach over July and August, potentially giving the province a faster way to both collect and analyze data for COVID-19 and to push it out to public-health units where it is needed. (Currently, some local public-health offices are still being bombarded with faxes.)

The cost of OLIS was estimated by government officials at $20 million for a contract that could last as long as four years, if necessary.

Here's the government handout on case and contact management: 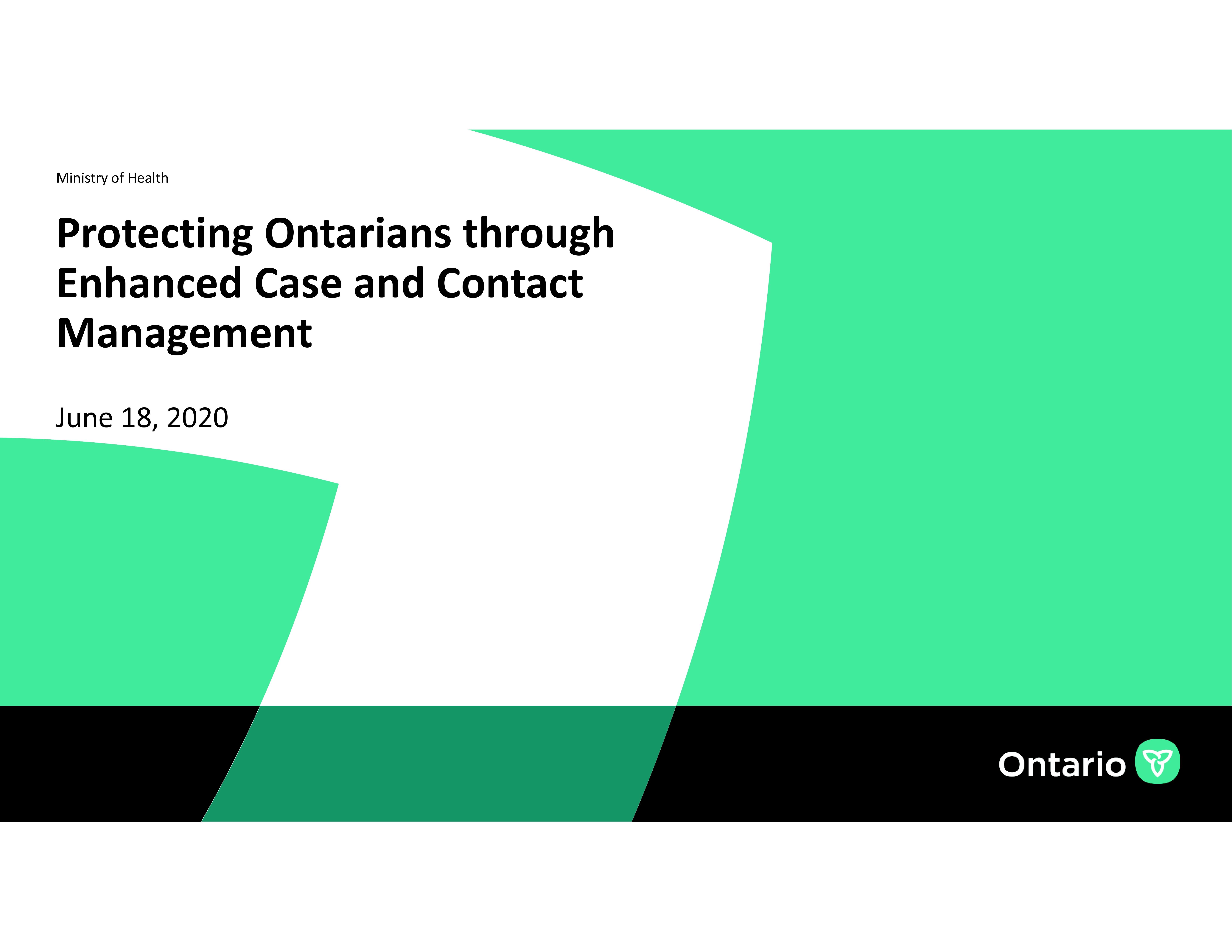 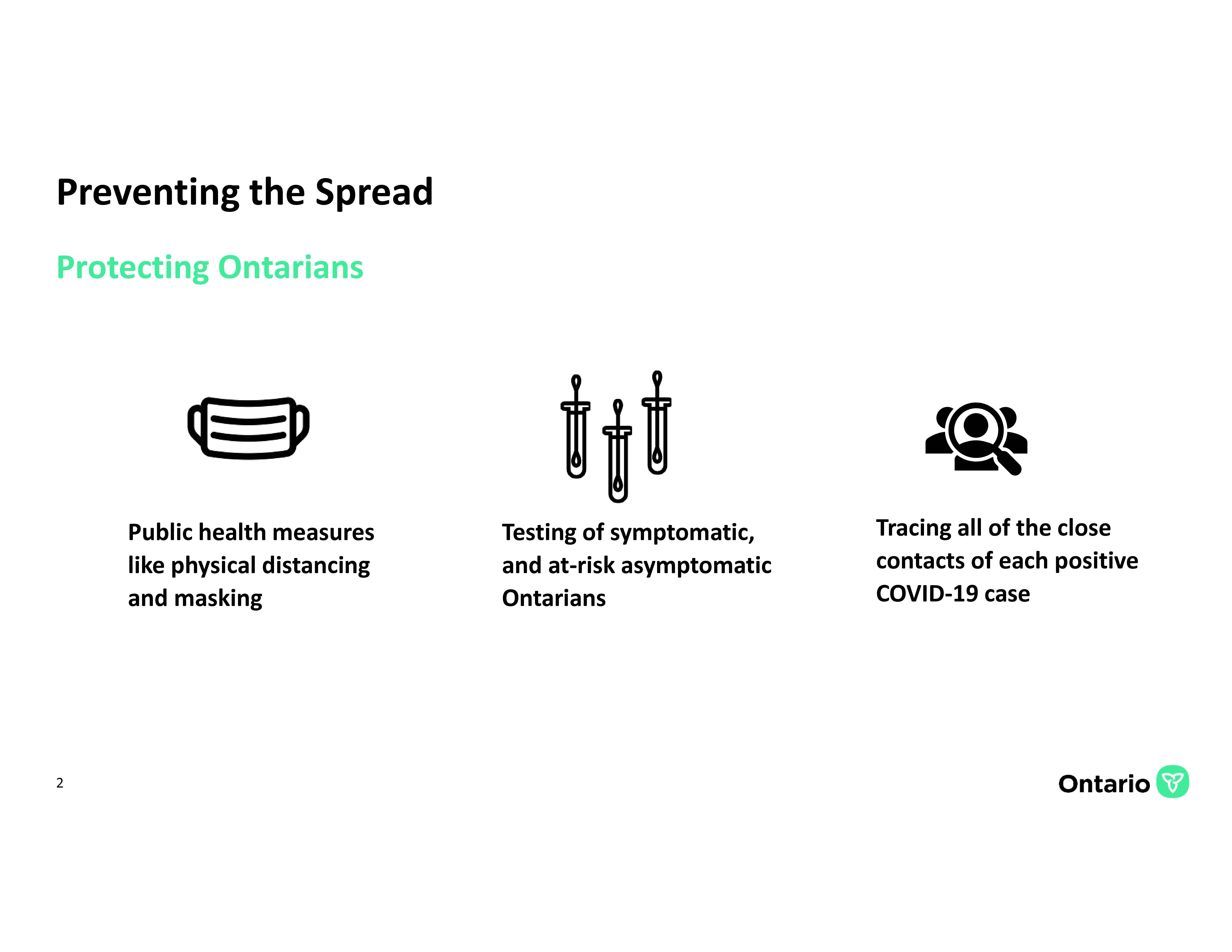 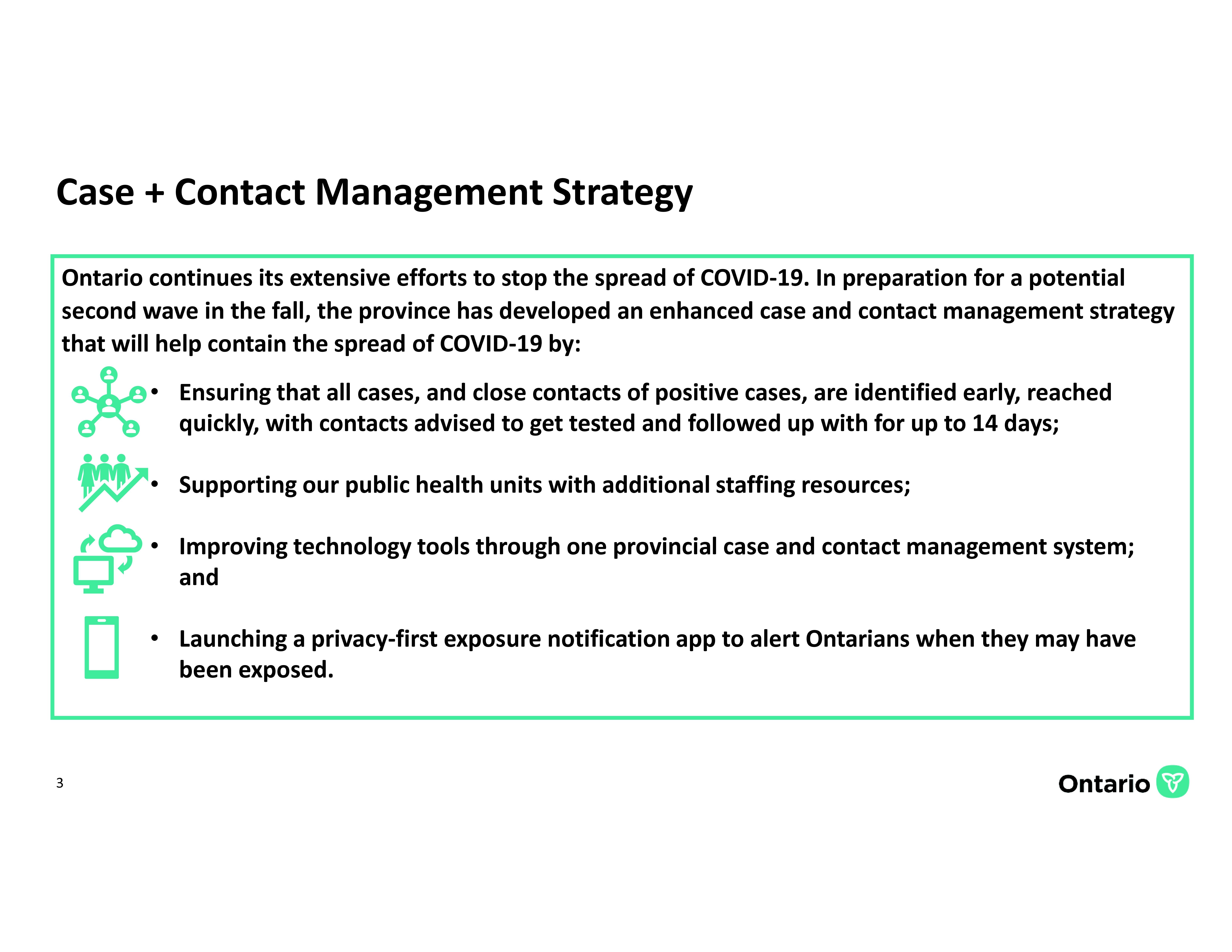 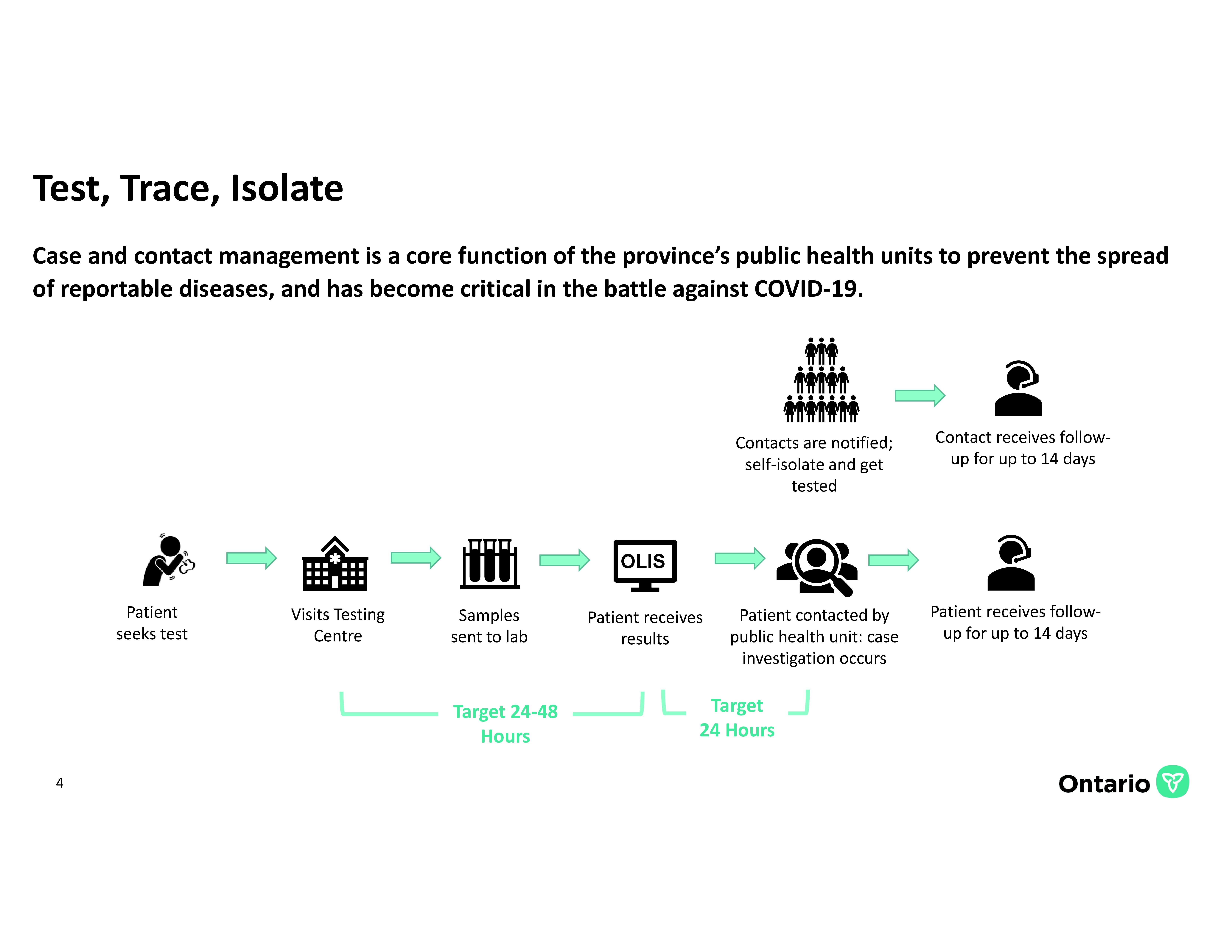 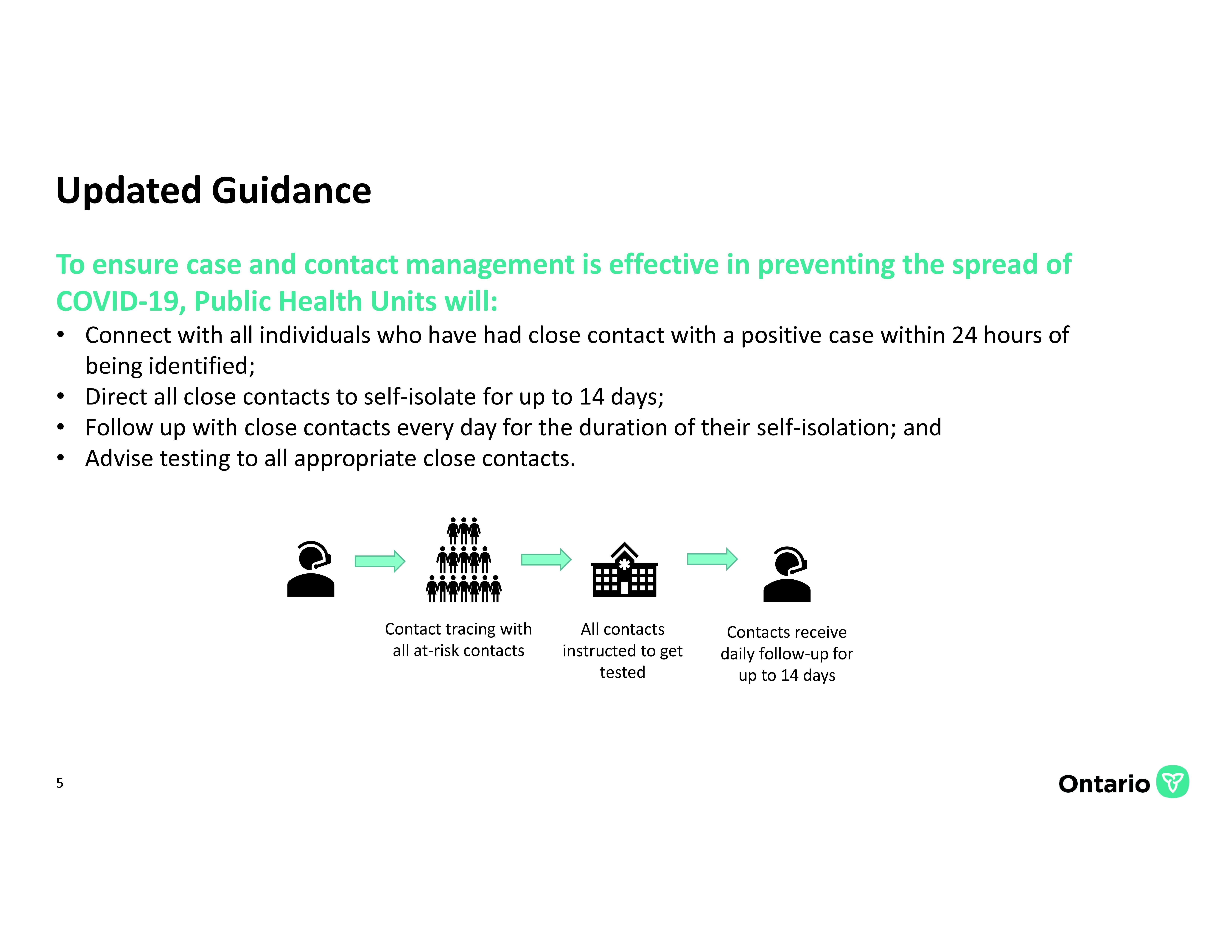 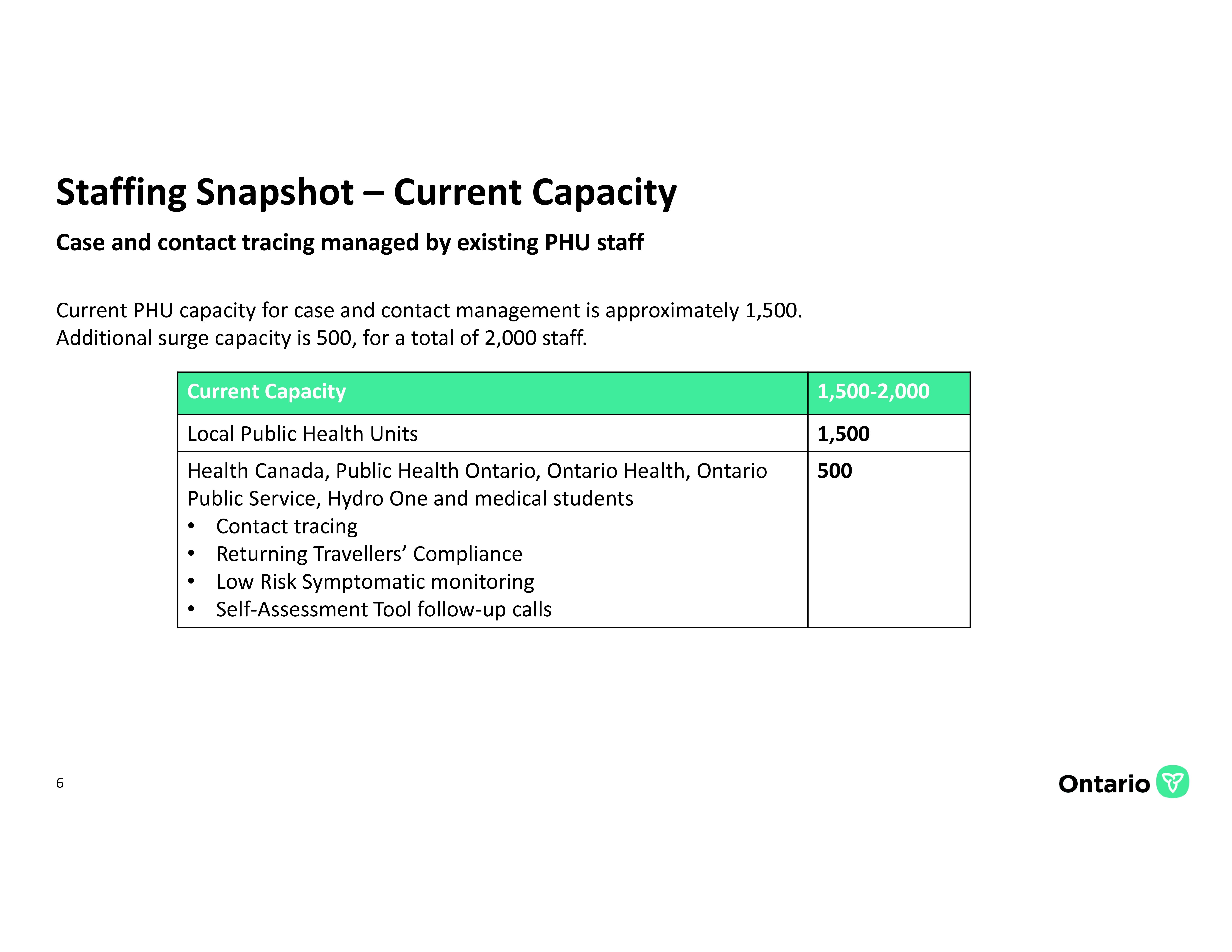 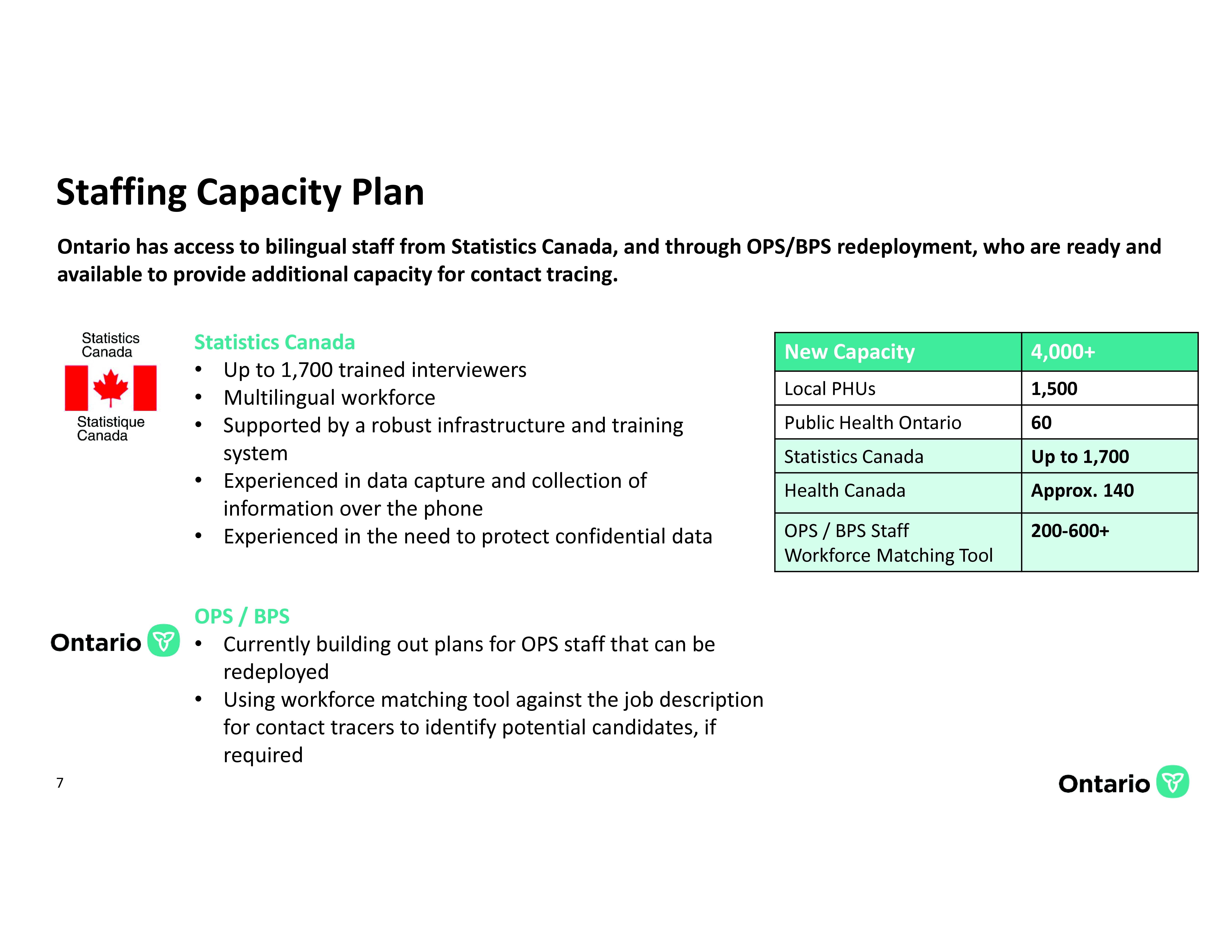 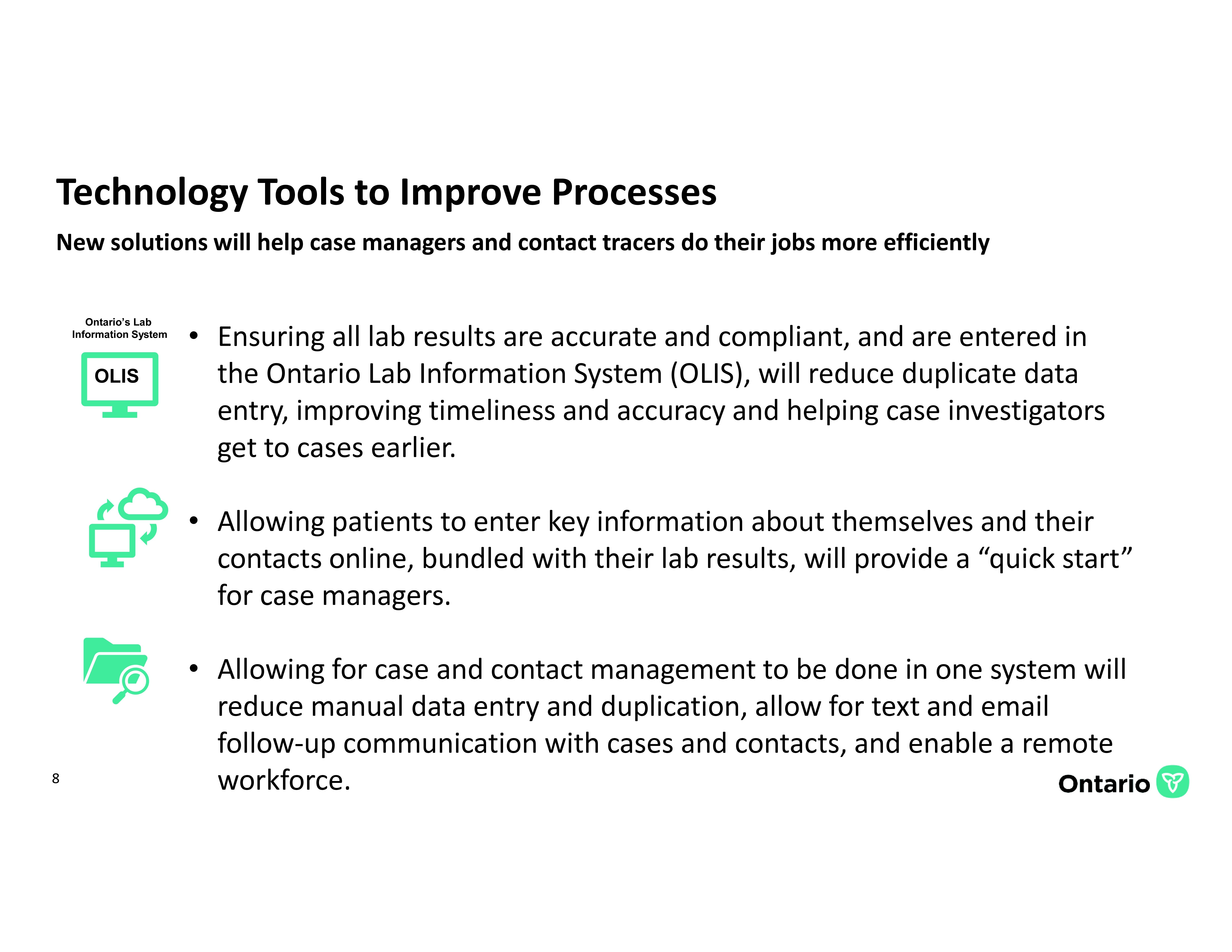 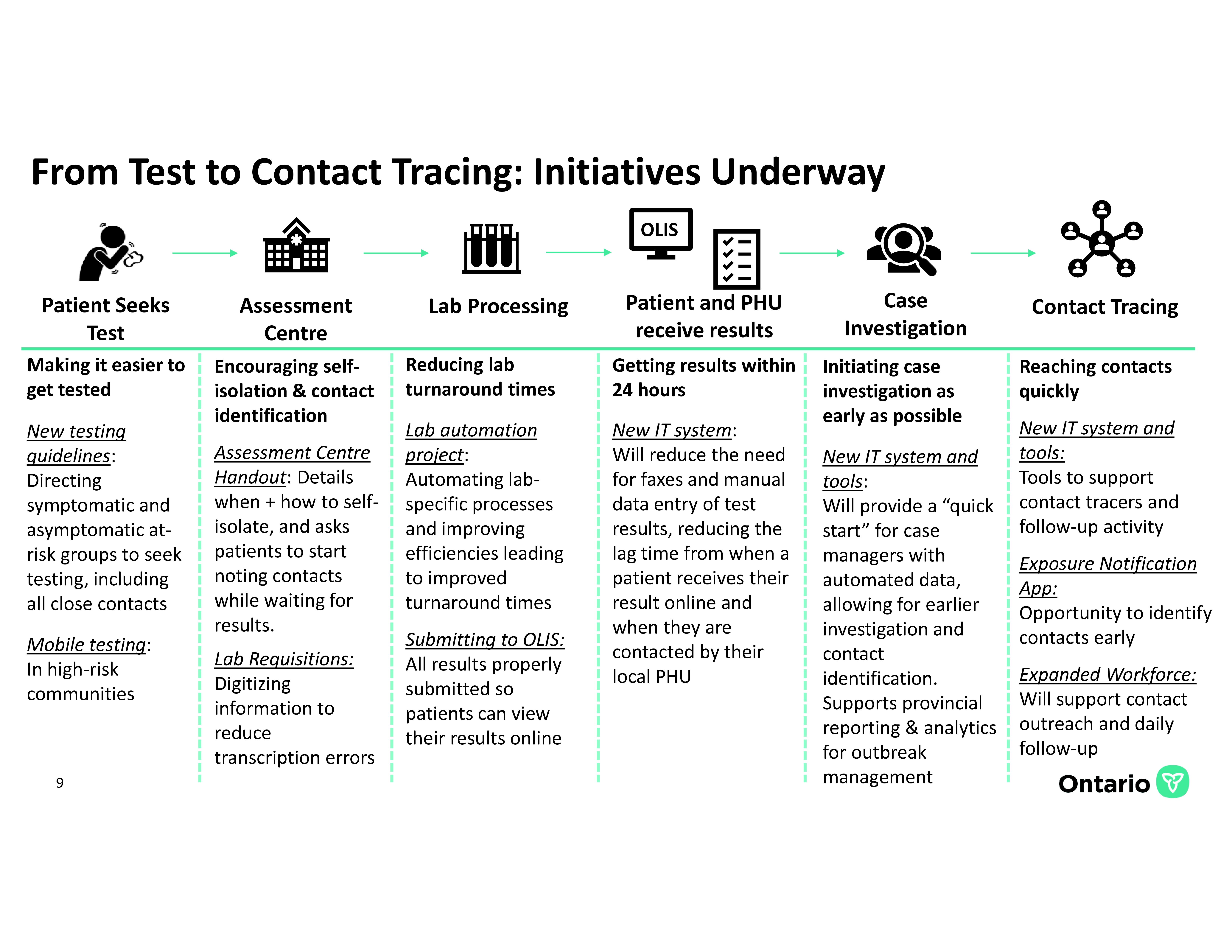 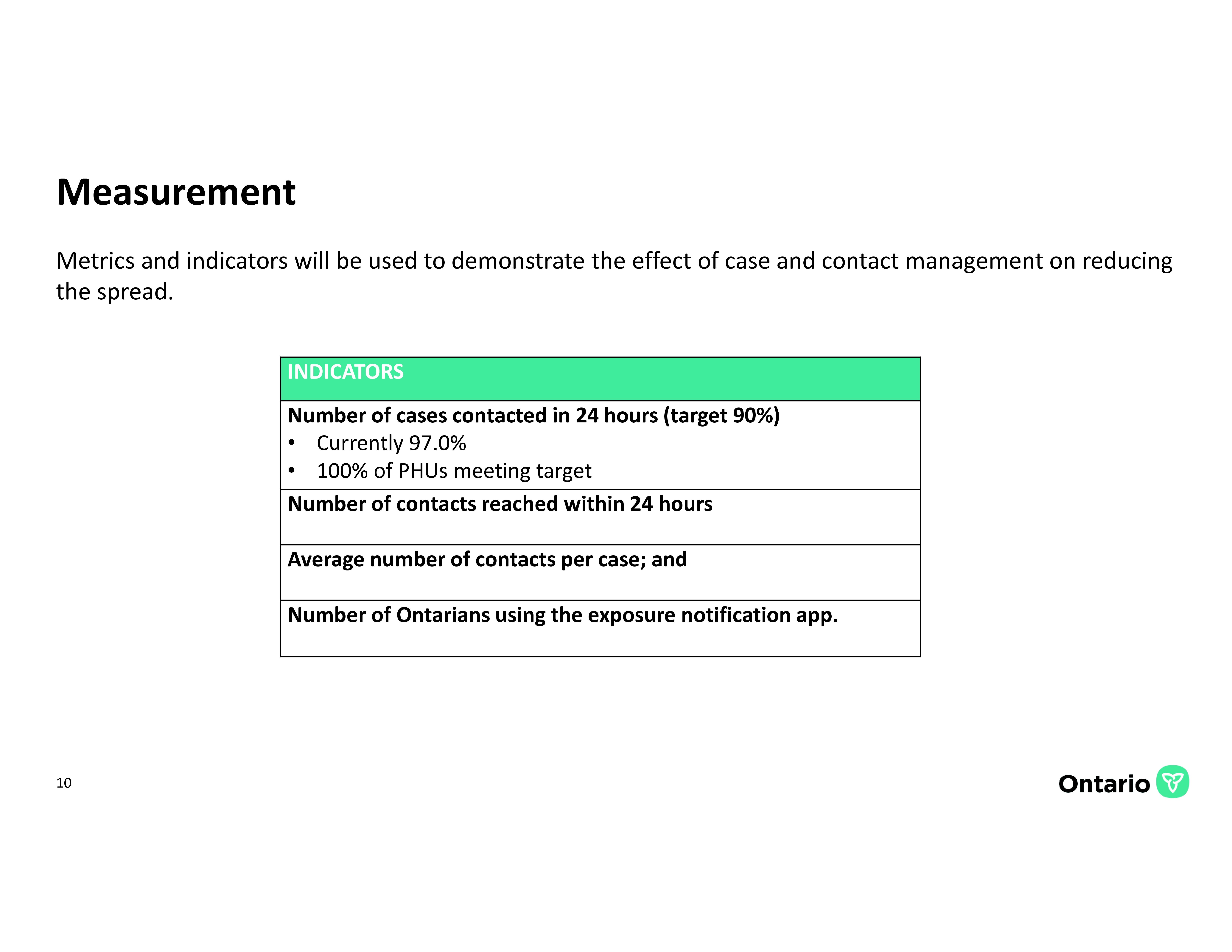 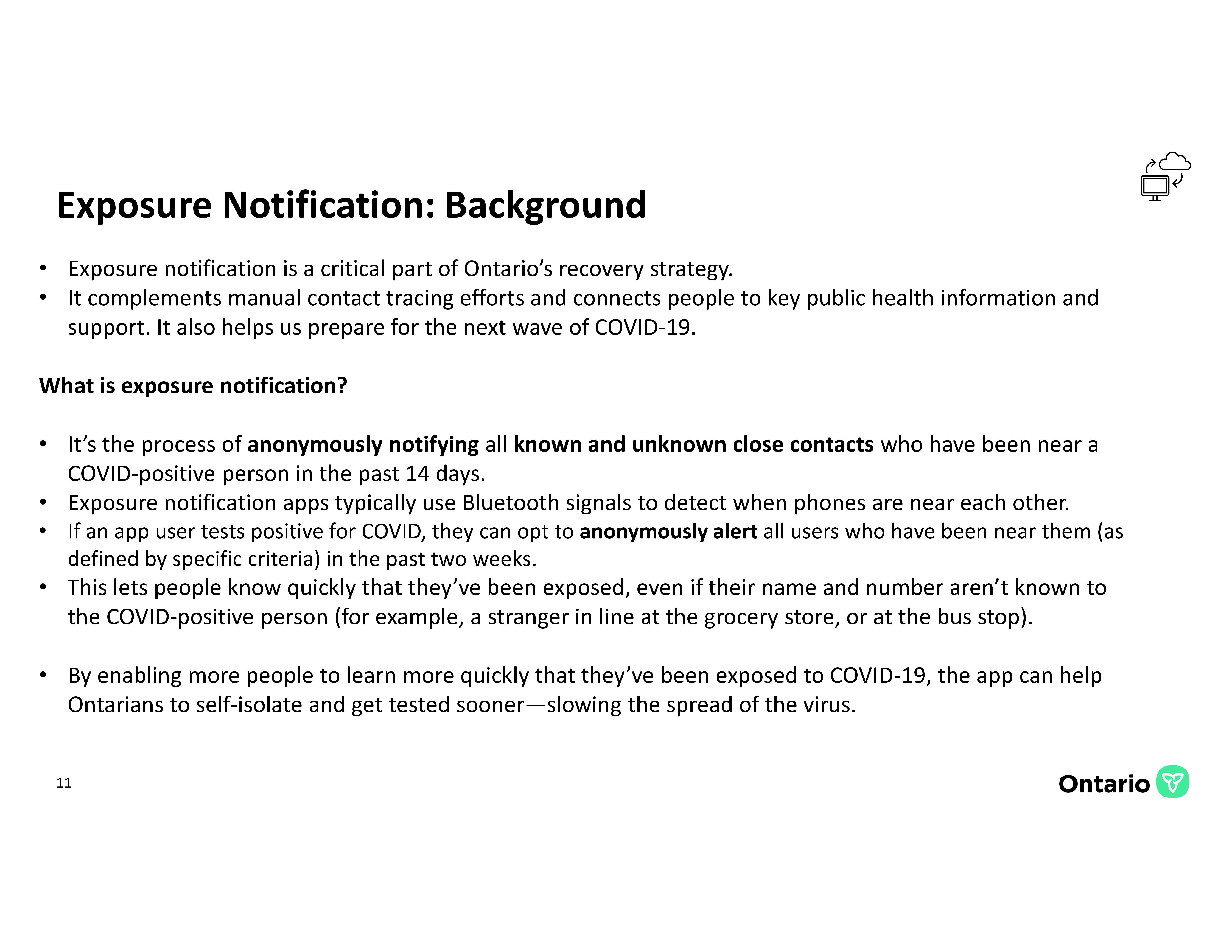 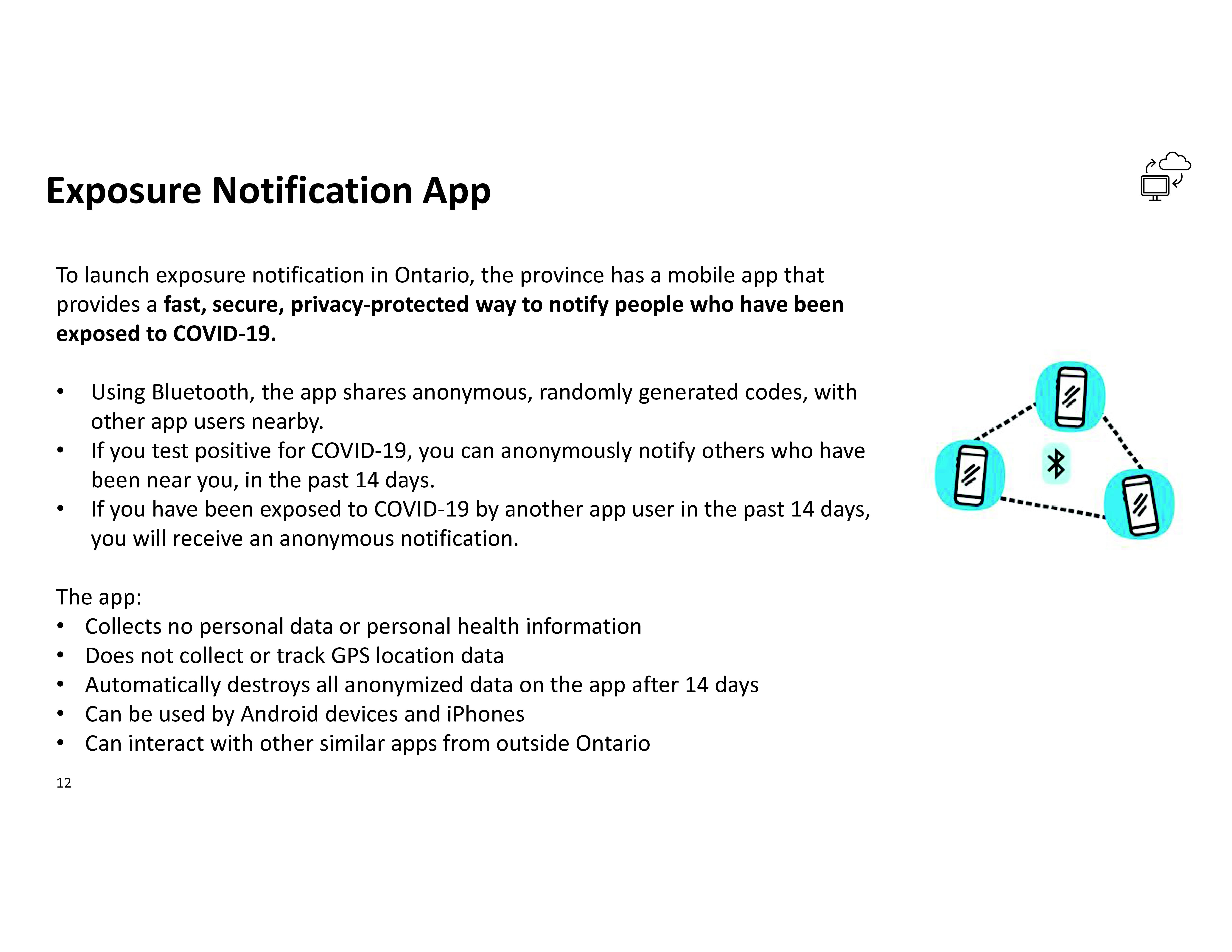 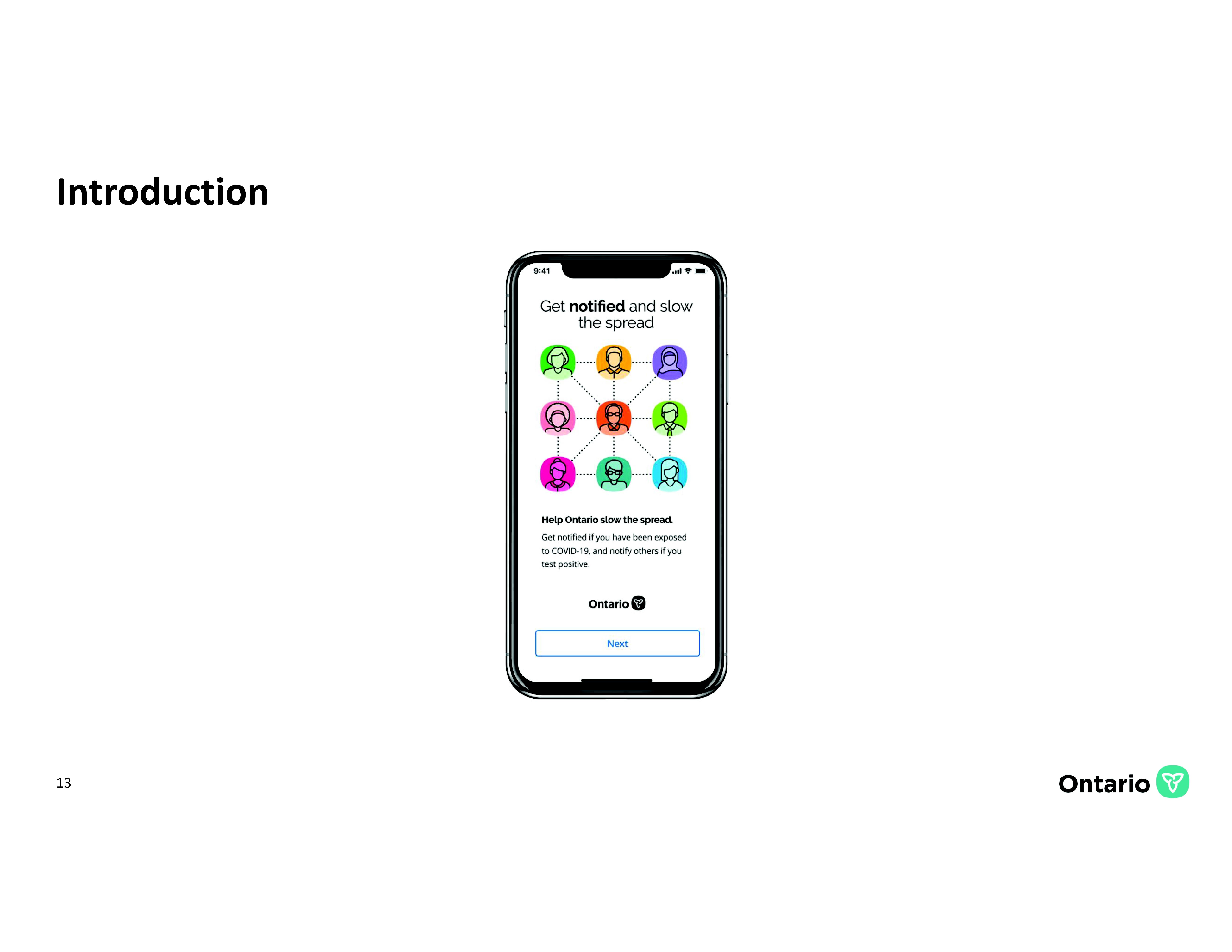 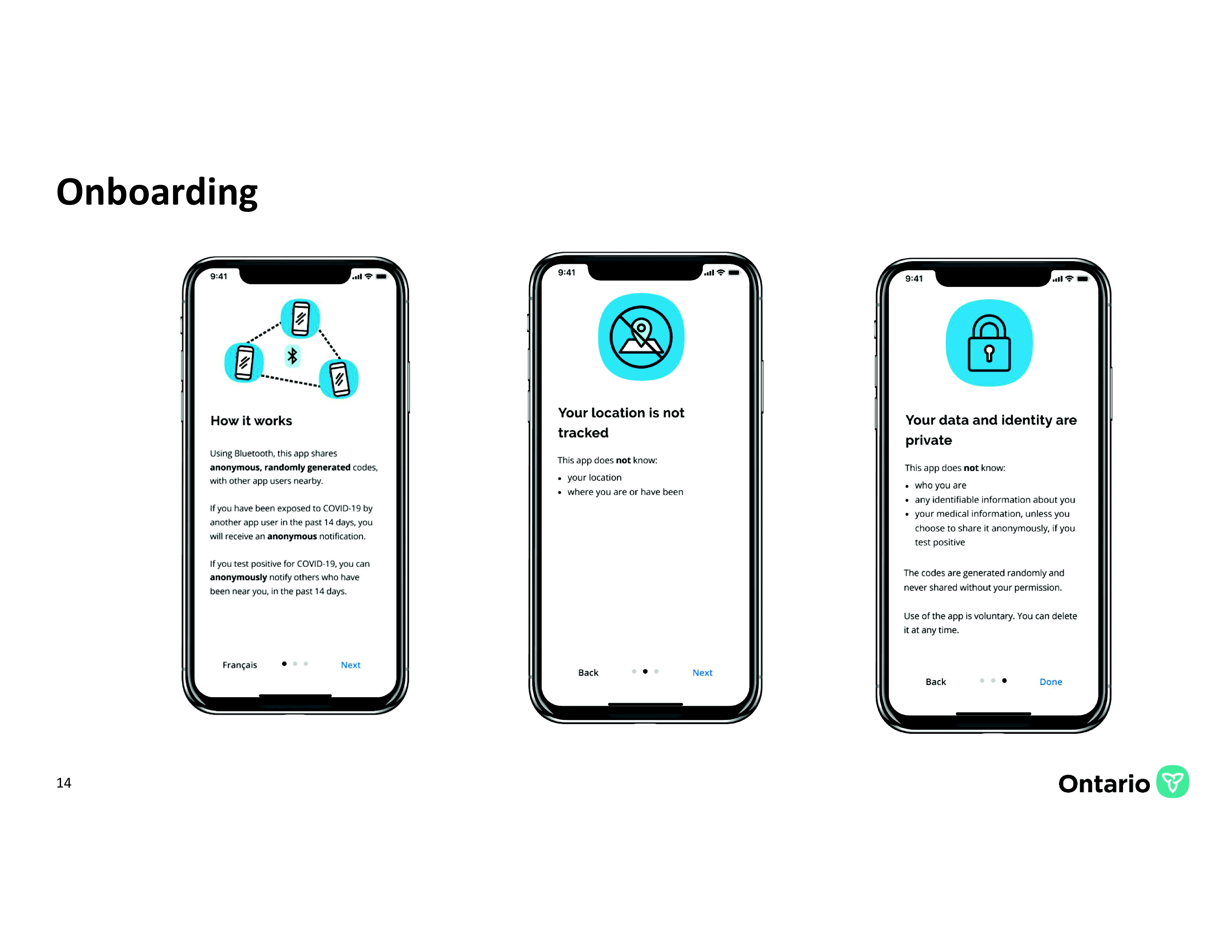 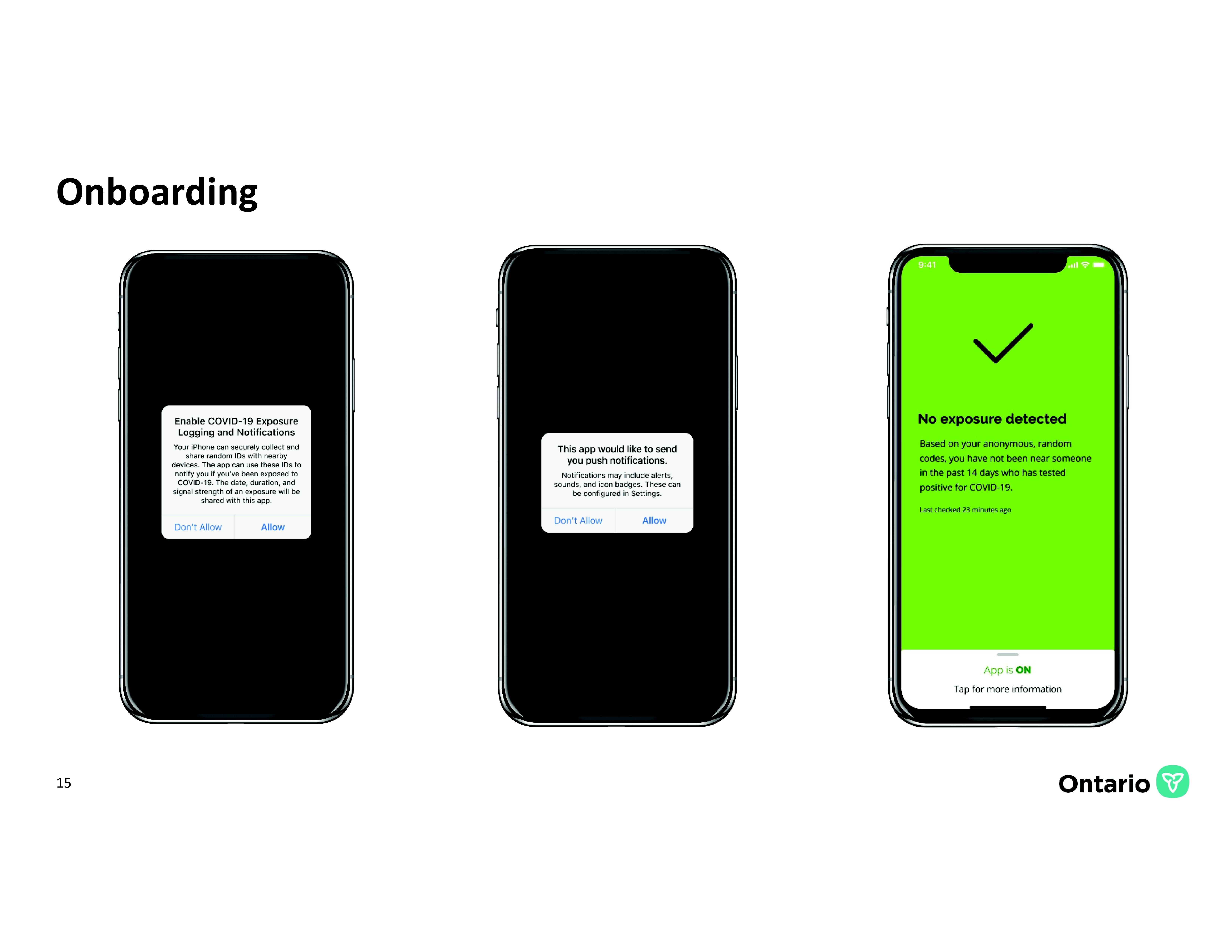 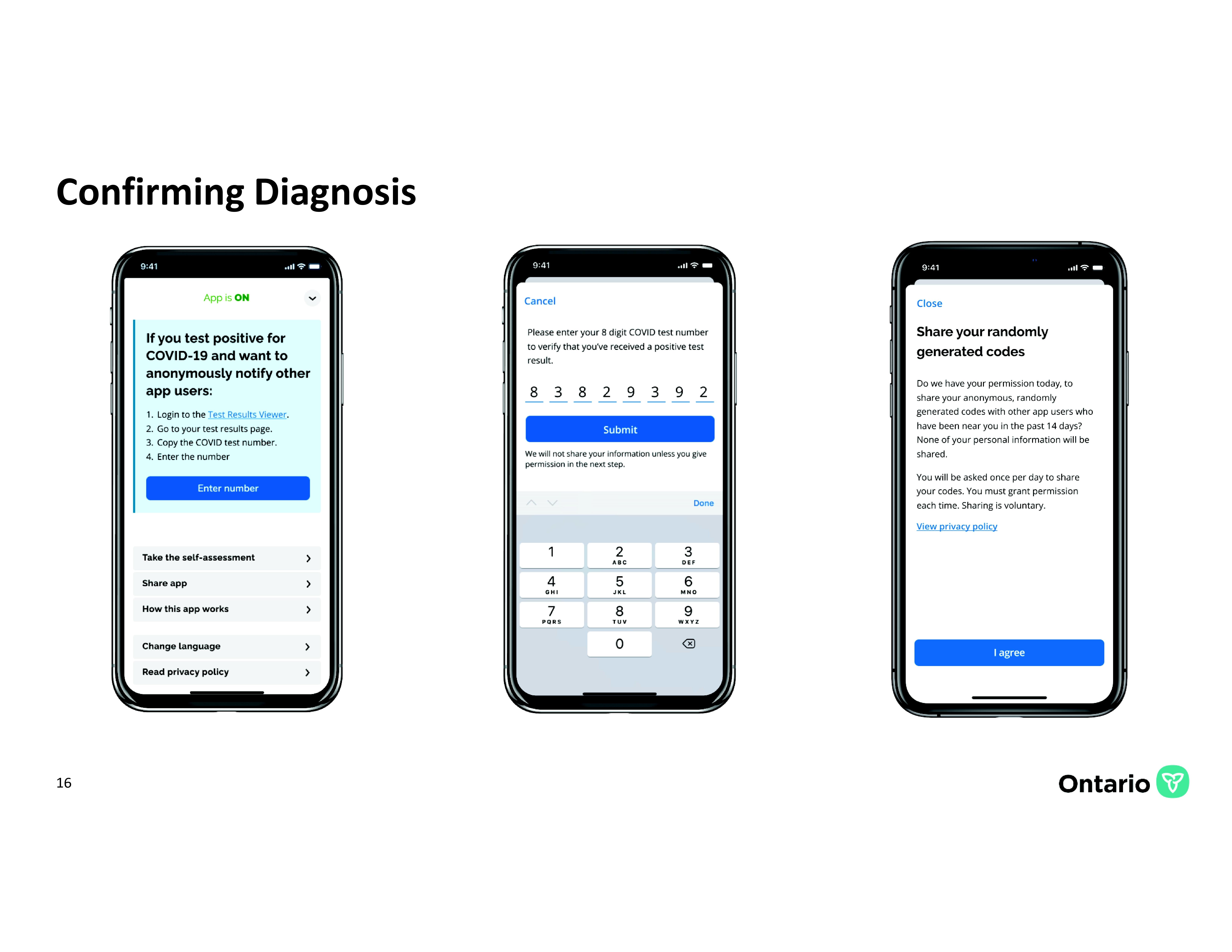 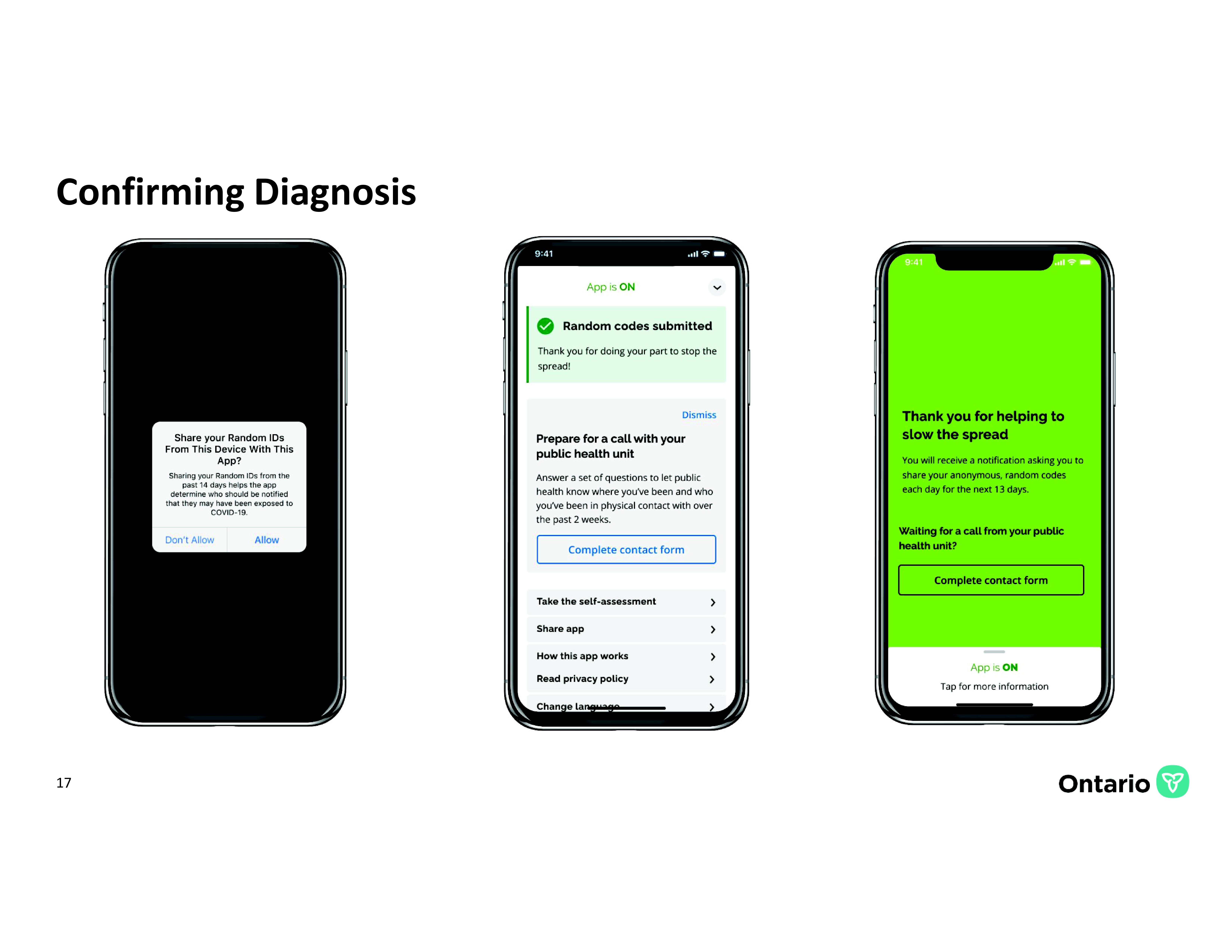 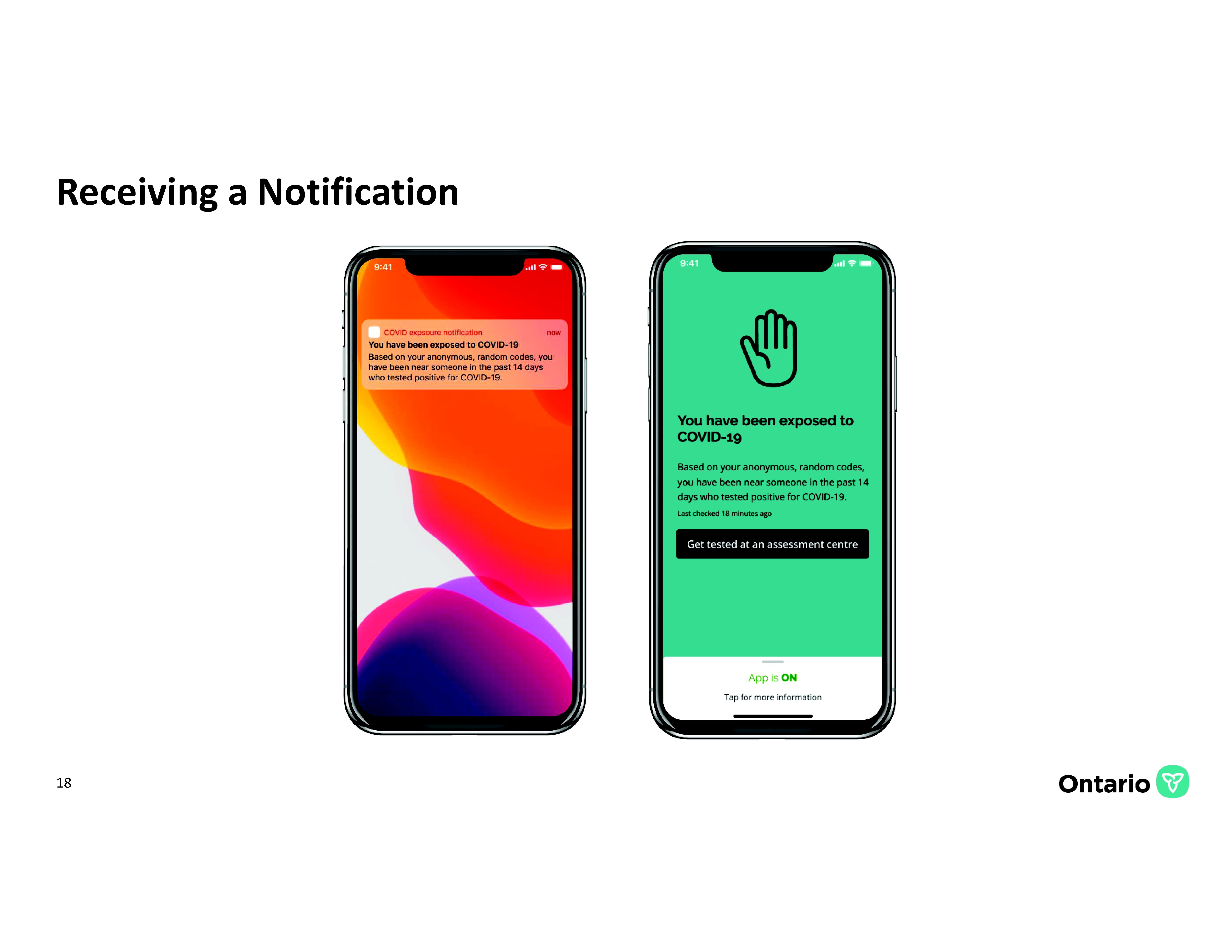