Could Brexit-16 and COVID-19 spell the end of the European Union?

OPINION: Since the United Kingdom voted to leave the EU in 2016, the health of the EU has been a very real concern — then the pandemic hit
By Sineen Madni - Published on Jun 15, 2020
A pro Leave EU campaigner protests outside parliament in London on October 31, 2019. (EPA/Andy Rain)

As the world enters a global recession, it is becoming clear that the European Union may be facing a serious existential crisis — and that the coronavirus pandemic just might be what triggers its collapse.

Ever since the United Kingdom unexpectedly voted to leave the EU in a 2016 referendum, the collapse of the EU has become a very real prospect. But what set the stage for this in the first place?

Simply put: many Europeans want their countries to leave the EU because of a backlash against globalization. We see this backlash in the form of the increased popularity of far-right populists and the nationalist solutions they propose.

The effects of globalization

In the EU, globalization is known to have resulted in higher levels of competition and increased trade.

The EU has been able to negotiate several trade agreements with other countries and become the top trading partner for 80 of them. This has given consumers greater access to a large variety of goods at lower prices. In fact, EU consumers save about 600 euros per year.

Businesses within the bloc have enjoyed a very large market size, as they can sell to other member countries without extra costs or restrictions. They also gain greater access to factors of production, such as labour, because free-movement policies allow them to employ people from any country that’s part of the union.

As a result of such policies, EU exports account for more than 15 per cent of global exports — 80 per cent of these exporters are small and medium-size enterprises.

Given all of these benefits, why is there a backlash against globalization, and, more specifically, the EU? As Larry Elliot puts it in an article for The Guardian: “The reason is obvious. Europe has failed to fulfil the historic role allocated to it. Jobs, living standards and welfare states were all better protected in the heyday of nation states in the 1950s and 1960s than they have been in the age of globalization.”

Europeans are also disappointed by what they’re seeing in terms of productivity and wage growth. Globalization has a big role to play in increasing an economy’s productivity: If productivity is growing, shouldn’t wages be growing, too?

However, that has not been the case. In both the U.K. and Germany, wages have not been reflecting the upward trend in productivity.

So it’s hard to blame Europeans for questioning the effectiveness of the EU. It has not been able to prevent the offshoring of jobs that supported hundreds of thousands of families. It has not helped enough people earn more money.

The rise of far-right populism

In “The New Corporatism,” a March editorial for the Institute for Public Policy Research, the authors discuss the fact that, as globalization has increased, European workers have felt as if they have less control over their own economic circumstances and those of the countries in which they live. All of this, they write, has “fed into a rise in radical right-wing views, both [in the UK] and in Europe … [because] right-wing voices propose an alternative rooted in nostalgia for the country, as it supposedly once was.”

Far-right populists, though, don’t just want to counter the negative effects of globalization; they also want to promote extreme intolerance toward immigrants, migrants, asylum seekers, and refugees (of course, such populists hardly ever distinguish between these categories — they classify all newcomers as “migrants”).

In a March article for Policy Options, Anna Triandafyllidou writes that, because of the increased popularity of right-wing politicians, European countries are “heading towards the mainstreaming of exclusion instead of the mainstreaming of migrant integration.” Rather than developing policies that could help with the integration of existing migrants, “European far-right parties blame migrants as the source of all problems, from unemployment to crime, to the erosion of an ‘authentic’ national culture. They present themselves as the real ‘patriots’ who defend the homeland and the nation from these ‘invaders.’”

Far-right politicians have been making their presence felt throughout countries within the EU.

During the last election in Germany, in 2017, Chancellor Angela Merkel and her party, the Christian Democratic Union, were in direct competition with the right-wing Alternative for Germany party. According to a September 2016 article for the Global Public Policy Institute, its “broader project” is to turn Germany “into an illiberal, nationalist, anti-Islam, and anti-EU country.”

If you want an example of how detrimental right-wing politics can be for the EU, you don’t have to look much further than Brexit, which officially came into effect on January 31.

The “leave” campaign leading up to the 2016 referendum was largely based on promoting the fear of the other, as politicians from the far-right U.K. Independence Party took advantage of the Syrian refugee crisis. They indicated that “migrants” taken in by other EU countries, such as Germany, could end up in the U.K. because of the EU’s free-movement policy.

Fear-mongering tactics were used to convince people that ending free movement by withdrawing from the EU was the only solution — if they didn’t want these “migrants” to steal jobs and increase terrorism.

Britons lost sight of the issues that were supposed to matter most. Looking back, it’s no surprise that, as  a January editorial for the Institute for Public Policy Research stated, “two weeks into the Brexit campaign, Ipsos Mori began reporting that immigration had overtaken the economy as the British public’s top concern.”

While some tried to downplay the economic consequences of Brexit before the referendum, they became apparent after the vote to leave. The U.K.’s GDP growth, which had been 2.4 per cent in 2015, slowed to 1.4 per cent in 2018. The government even predicts that Brexit could decrease the U.K.’s economic growth by 6.7 per cent over 15 years — and that’s only if it is able to negotiate an ideal trade agreement with the EU by the end of 2020.

Prime Minister Boris Johnson has said that he wants a Canada-style trade deal with the EU. The EU-Canada deal, otherwise known as CETA, will remove 99 per cent of tariffs, and Canada will not have to align its rules with those of the EU. (EU officials believe that, because of its geographical proximity, the U.K. will have to align its rules with the EU in order to protect the bloc’s consumers and businesses.)

Of course, it took Canada a total of eight years to finalize CETA. If the U.K. is unable to fast-track the negotiation process and sign a deal by the end of 2020, Eric Reguly wrote in the Globe and Mail in Jaunary, it will “crash out [of the EU] and be forced to rely on the good graces of the World Trade Organization.” That would mean that it would become significantly more expensive for the country to export and import because of tariffs. Both businesses and consumers would feel the pain.

Could COVID-19 trigger the EU’s collapse?

The exit of the U.K. alone was not enough to dissolve the EU, but the sentiments that led to Brexit can be found in many European nations. If such countries as France, Italy, and Germany end up leaving, too, the EU could very well dissolve.

And, as the coronavirus spreads across Europe, there are mounting fears that it may be on the verge of collapsing.

In light of the pandemic, Hungary’s far-right prime minister, Viktor Orbàn, in April got parliament to pass what the Globe’s Doug Saunders describes as an “‘emergency’ law that suspends all elections and allows him to rule by decree, bypass democratic institutions and courts, and imprison anyone who complains.” And, as he notes, “It has no end date.” Despite the fact that the Council of the European Union has legislative powers, EU officials could only watch as this erosion of democratic principles took place within the bloc. Europeans now have another reason to question the effectiveness of the EU.

But that’s not all.

In March, as Italy was fighting the worst of its battle against COVID-19, it asked for doctors and medical supplies from other EU countries. Its request was turned down. Russia, China, and Cuba were the ones that ended up coming to the rescue. As Reguly observed, “the sight of convoys of Russian military trucks on Italian roads would have been unimaginable in a NATO country only a few weeks ago.”

Goldman Sachs expects a decline of 11.6 per cent in Italy’s GDP. The country is, Reguly writes, “the EU’s third-biggest economy and its economic destruction would bring down banks, industries and businesses across the continent.” Clearly, Italy doesn’t just need the EU’s medical help ­– it needs financial help as well.

One solution would be for the European Central Bank to provide all eurozone governments, including Italy, with direct monetary financing — the distribution of large amounts of euros on a per capita basis. That would be, Reguly wrote in April, like “helicopter money for national treasuries, not citizens.”

Italy has also been pushing for the pooling of debt of all eurozone countries through so-called corona bonds. However, Germany, the Netherlands, Austria, and Finland have strongly opposed this solution. As a May article from The Economist discusses, mutualized debt “is a no-no for much of the German establishment [while it is] the holy grail for southern Europe.”  Furthermore, Reguly notes, “wealthy northern European countries … consider common debt an unwarranted reward for the southern European countries who failed to get their acts together.”

If the EU doesn’t step up to help countries in need during the largest crisis the continent has seen since the Second World War, that will add fuel to anti-EU sentiments. Indeed, according to a 2018 European Commission poll, only 44 per cent of Italians wanted to remain.

The collapse of the EU would hand only more influence to authoritarian powers such as China and Russia — after all, they provided help to European countries when allies wouldn’t.

So what could help turn the tide to avert a collapse?

Only time can tell. But one hopes that decisions will be based on rational considerations rather than fear-mongering.

The European experiment depends on it. 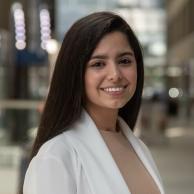 Politics
One Crisis After Another
How economies are being reshaped as a result of the COVID-19 pandemic.

Economy
Why Is Ontario Short on Workers?

Economy
The Myth of the Good Billionaire
sfy39587stp16