The newspapers were full of infection counts and tragedies as the life-threatening disease spread quickly in Ontario and flared up across different parts of Canada and around the world. Schools, movie theatres, and wading pools in the province were sporadically shut down. In Scarborough, a family of seven was infected from the parents down to the two-month-old baby, although they all survived. A pregnant 25-year-old woman from Peterborough was not so lucky: when the patient at the Riverdale Isolation Hospital in Toronto went into labour, she was briefly removed from the iron lung that was helping her breathe. Neither she nor her baby daughter survived.

Polio might seem like a long-ago disease for Ontarians born in the 1970s or later. But before the advent of vaccines and mass-immunization campaigns in the mid-1950s, it was a killer that also disabled thousands of Canadians. Epidemics in Ontario in the late 1930s and early 1950s wreaked havoc with the school year and haunted group gatherings — and offer potential insights into what the way out of the current pandemic could look like.

Polio, or poliomyelitis, is a highly infectious disease that attacks the nervous system. It’s most common among children five years old and under — during 1920s and ’30s, it was often referred to as “infantile paralysis” — but can infect anyone at any age. Health Canada indicates that as many as 90 per cent of people infected with the disease experience no symptoms or only mild symptoms. It can initially mimic the flu, presenting symptoms such as fever, fatigue, headache, and vomiting. Severe cases can involve muscle stiffness: one in 200 infections leads to irreversible paralysis.

The first known incidence in Canada was reported in Hamilton in 1910. A girl was hospitalized with what was thought to be rabies. After her death, it was discovered that she had been infected with polio. That warranted a front-page write-up in the Toronto Star under the headline “Children are attacked by strange epidemic.” An 1916 outbreak in the United States led to restrictions on American visitors to Canada, according to the Museum of Health Care.

The Canadian Public Health Association estimates that 11,000 people in Canada were paralyzed by polio during outbreaks from 1949 to 1954. The disease is largely spread via the fecal-oral route, though respiratory spread may occur in rare circumstances. Outbreaks tended to hit during summer, and beaches and pools were frequently shut down to stop the spread. Polio peaked in Canada in 1953 with nearly 9,000 cases and 500 deaths, “the most serious national epidemic since the 1918 influenza pandemic,” the CPHA notes.

While the coronavirus pandemic has hit poorer communities in Canada the hardest, polio was often referred to as the “middle-class plague.”

Howard Markel, a medical historian at the University of Michigan, told NPR why it was that some children were more susceptible than others: “Poorer children, who did not have access to clean running water, because polio is a gastrointestinal virus, were probably ingesting small amounts of polio virus their whole lives and developed antibodies to it. But those kids who did not have exposure to polio were really walloped.”

The late 1930s saw a jump in infections in Ontario. In 1937, there were 2,546, or more than 60 per cent of the 3,905 infections counted across the country that year. The Canadian National Exhibition, in Toronto, faced pressure to close that summer. Instead, according to the CNE’s 1937 Annual Report, “Exhibition management cancelled the baby show which had attracted one thousand entries and notified the health departments of its eagerness to co-operate to the fullest possible extent in overcoming the menace to public health.”

A special insert in the Canadian Journal of Public Health called “Conquering the crippler: Canada and the eradication of polio” explained why the 1937 outbreak was so serious: its high number of bulbar polio cases. Such cases, in which polio attacks the brain stem and can impair breathing, made the iron lung a life-saving necessity. Invented in 1928, the mechanical respirator mimics how the chest and diaphragm move while a person breathes. The person’s head is outside the cylinder; inside the sealed chamber, cycles of air pressure help fill or deflate their lungs.

In 1930, Canada had just one iron lung, at Toronto’s Hospital for Sick Children. Amid the 1937 epidemic, the Ontario government paid for 27 iron lungs to be built in just six weeks. The first day of school in Toronto was postponed until October 12. The city’s medical health officer warned parents that kids should not be sent to class unless they were “perfectly well.”

But not all medical officials liked the idea of shutting down schools. A. R. J. Boyd told the Kingston Board of Education that it was an “extremely foolish” idea: “Closing schools will not segregate children. They will meet at movies, parks, playgrounds and on streets with no expert supervision or observation, except by parents.”

In early 1938, the minister of education announced special grants for teachers to help the 200 or so students who would be forced to stay inside and recuperate for six months to a year. A teacher would visit pupils at least twice a week to provide at least 150 minutes of instruction. Pupils in the intermediate and senior years of school who were still able to write could take free correspondence classes.

As technology progressed, so did attempts to teach children at home. In 1959, a polio outbreak in Newfoundland and Labrador closed schools across the province and prompted officials to experiment with television. For two weeks, a pair of local TV stations aired lessons by teachers for children between grades 1 and 11. Subjects included English literature and composition, history, civics, spelling, and geography. It was seen as such a success that the program was stepped up to four and a half hours a day. Kids mailed in their tests for marking.

Disease spread remained a reality outside the major outbreaks of the 1930s and 1950s. Paul Martin Jr., who grew up to become Canada’s 21st prime minister, was infected in 1946, when he was eight years old. His throat was paralyzed, and he was hospitalized in Windsor.

A number of other prominent Canadians — including future prime minister Jean Chrétien, actor Donald Sutherland, and singer-songwriter Joni Mitchell — also survived infections. In 1951, the parents of Neil Young drove their five-year-old from Omemee, near Peterborough, to the Hospital for Sick Children after he started showing symptoms.

There were false starts in the attempts to stop the disease. In 1937, a nasal spray thought to block the virus was given to 5,000 Toronto children: it proved ineffective, and some of the children lost their sense of smell.

Charitable organizations sprang up to combat the disease; in the 1950s, it was common to see oil drums on downtown Toronto streets for donations to the March of Dimes, which was founded in 1938 as the National Foundation for Infantile Paralysis.

Polio peaked in Canada in 1953 with 8,878 cases. Infections in Ontario reached 2,239 — the only province with a higher total was Manitoba, which saw 2,317 cases. The increasing threat of disease spurred research and, by 1955, a promising vaccine candidate had emerged: the Salk vaccine.

Jonas Edward Salk worked out of the Virus Research Laboratory at the University of Pittsburgh School of Medicine and received funding from the March of Dimes. After he tested a vaccine made up of “killed” or inactivated virus on himself and on his family, large-scale trials started in 1954. By the spring of 1955, the vaccine had been administered across the U.S. and Canada.

The Globe and Mail reported that there were “no whimpers” and “few tears” as thousands of grade 1 and 2 students from 27 Toronto elementary schools lined up to receive their first shot on April 5: “One boy declared proudly, ‘It didn’t hurt,’ and several small girls seemed to think the whole thing quite a joke.” Two days later, 20,000 children received their first in a series of inoculations. In one year, more than 1 million Canadian children were given the vaccine. Polio rates dropped to one third of the average rate of the previous years. In a later report, the newspaper estimated that, by June 19, 1956, Ontario would have administered about 2.4 million inoculations, mostly to children under 10.

The immunization campaigns were not without blunders, some of them fatal. U.S. campaigns in 1955 were halted after it was discovered that Cutter Laboratories had produced a vaccine in which the polio hadn’t been inactivated: of 120,000 children who received it, 51 became paralyzed, and five died. In Canada in 1956, several large batches of the Salk vaccine, enough to inoculate 300,000 people, had to be thrown out because they didn’t meet health and safety standards.

Though polio rates began to drop after 1955, it took decades for it to be completely eradicated in Canada — a cautionary tale, perhaps, for those of us hoping a COVID-19 vaccine would mean an instant return to pre-pandemic life. In August, the World Health Organization’s Hans Kluge cautioned that a vaccine might not necessarily bring an end to the pandemic. And other health officials, such as the National Institute of Allergy and Infectious Diseases’ Anthony Fauci, have recently warned that a vaccine would not be effective if too few people took it.

After mass-immunization campaigns helped bring down polio rates in children in the 1950s, doctors in Ontario noted a troubling trend: an uptick in infections and deaths among adults. In April 1959, the Globe and Mail, reporting on a boost in cases between those aged 25 to 34, wrote that polio had turned its “paralytic eye” to parents. The Department of National Health warned that this group had largely ignored vaccinations and that those aged 20 to 40 represented only 20 per cent of the Canadians who had received at least one dose. By September 1959, Toronto had opened free polio clinics aimed specifically at adults.

Further innovations, such as the Sabin vaccine, in 1962, meant fewer and fewer cases. According to the CJPH, a decade after the first doses of the Salk vaccine arrived in Canada, the country saw only three cases nation-wide in 1965. Though there were a few Canadian cases of polio linked to the Netherlands in the late 1970s, there have been no “wild” cases here since 1988 — and, in 1994, the WHO declared the country polio free. 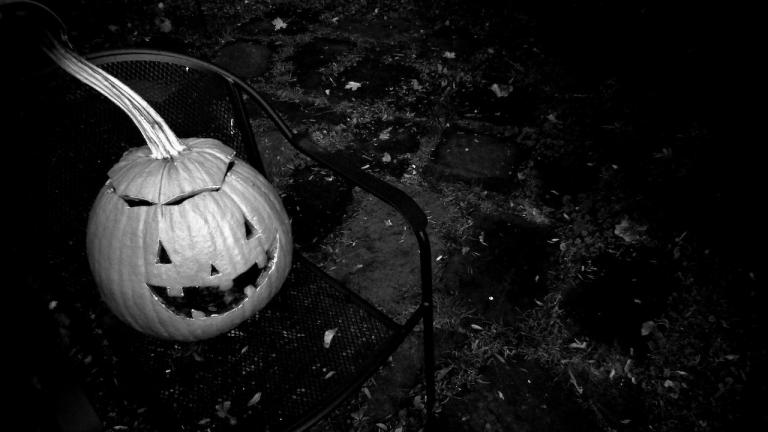 History
‘Are we over-reacting?’: Why Ottawa considered cancelling Halloween in 1982
Following poisonings in the United States and a frightening incident closer to home, the nation’s capital city debated keeping kids at home on October 31.
Jamie Bradburn
History
Ben Macintyre on Moscow's Agent Sonya
Society
Time for Canada to Scrap the Monarchy? 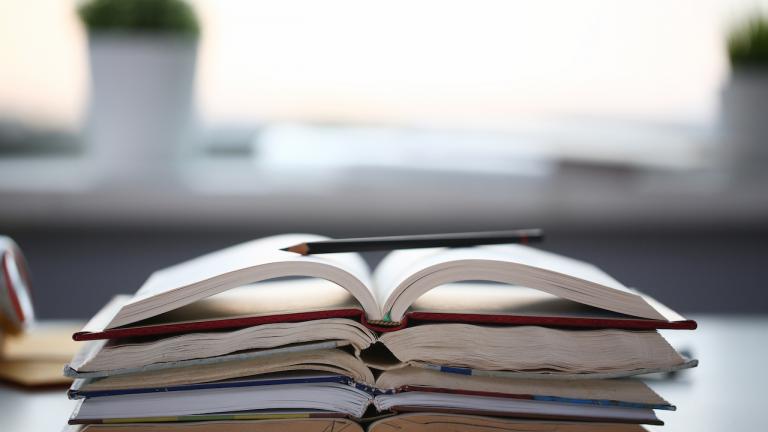