Cooped up: An urbanite-turned-farmer discovers the noisy, stinking truth about raising chickens

In his new book, author Brent Preston details his transition from city-dweller to farmer — and argues for a more sustainable food industry
By TVO Current Affairs - Published on May 29, 2017
Brent Preston learned the hard way that raising poultry isn't as fun — or as easy — as he first thought. (New Farm/Facebook)

In the prologue of his book The New Farm: Our Ten Years on the Front Lines of the Good Food Revolution, author Brent Preston describes his sometimes-unpleasant transition — along with that of his wife, Gillian, and children — from urbanite to farmer. 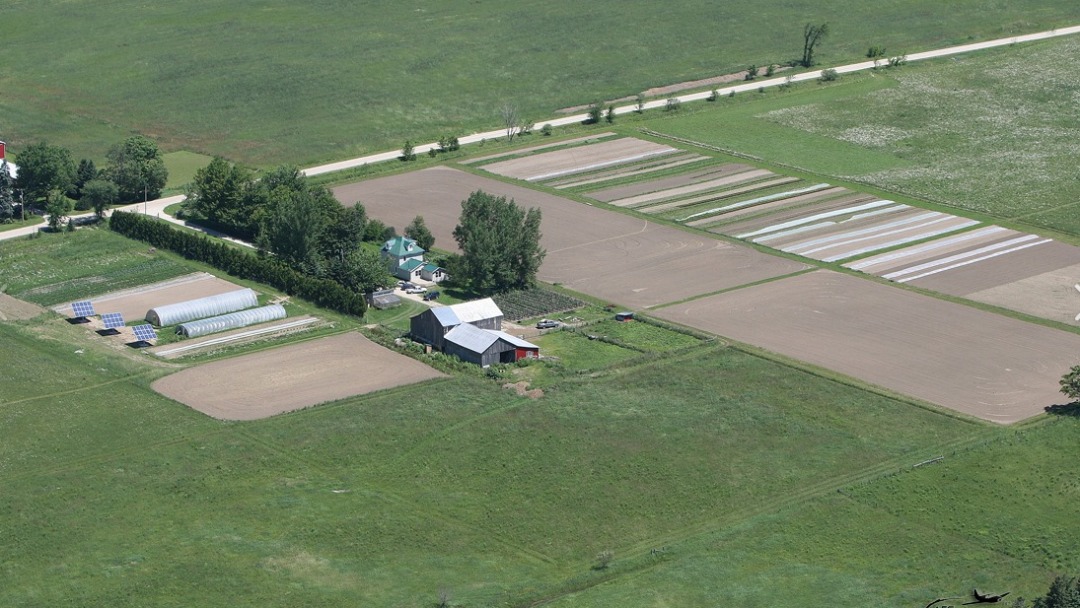 It all has to do with the coop. If a chicken’s coop is too small, the chicken will be pecked and harassed by its coop-mates. If its coop is too damp, it might catch the flu and die. If its coop is too cold, it will get frostbite on its comb and the comb will start bleeding. Worst of all, if a chicken’s coop isn’t properly sealed, varmints will slip in during the night and tear it to pieces. But when I woke up on that fine July morning back in 2005, I wasn't’t worried about any of that. I had built a beautiful coop. I knew my chickens would be happy.

It was a Saturday, and still early. Gillian and the kids were asleep, so I got up quietly and eased myself down our squeaky stairs. Outside it was cool, calm and silent, and there wasn't’t a cloud in the sky. In the backyard I stopped and surveyed my domain: flat, green farmland stretching off in every direction, an unbroken ring of forest on the horizon. I had that feeling I sometimes get when I’m up by myself in the early morning, that I’m lucky to be in this place, at this moment. We had been living on the farm for almost a year, and I was suddenly struck by the wondrous realization that we actually owned this place, that all this land was ours — a realization that struck me on a regular basis back then, and sometimes still does.

In a single year, Gillian and I had gone from being relatively normal urban professionals living in downtown Toronto to owners of a 100-acre farm outside the village of Creemore, about a two-hour drive northwest of the city. We had been taken by the aspirational dream of living in the country, but like many actual dreams, this dream was fuzzy and vague and didn't make a whole lot of sense if you thought about it too much. We wanted to raise our own food, to have animals and a big garden, but we didn’t really know what we were doing. We were enthusiastic and idealistic and profoundly naive. If our current selves could meet the people we were back then, we would look on ourselves with a mixture of pity and amusement.

I had woken up early that morning in a stare of excited anticipation. Our chickens had just spent their first night in their new coop, a structure that I had spent an inordinate amount of time thinking about, designing, and building. I had spent so much time that the coop wasn’t finished when our chicks arrived, so they spent their first week of life in our bathtub, in the bathroom next to the kitchen.

I didn't know anything about chickens when we first moved to the farm. But we wanted livestock, and chickens seemed like the obvious place to start. I had to learn a whole chicken nomenclature in the beginning. Chickens bred to lay eggs are “layers” or 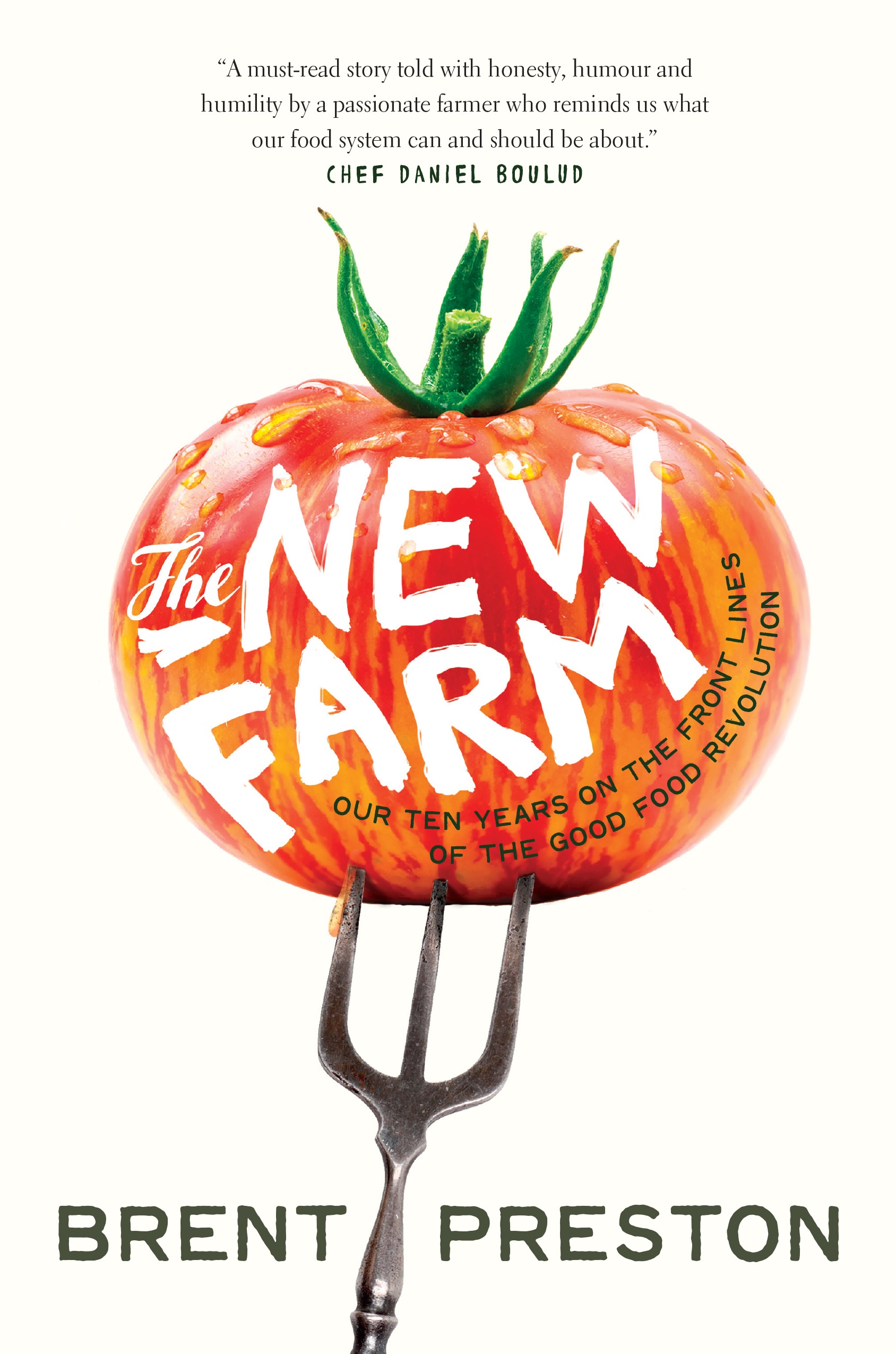 “laying hens.” Chickens bred for meat — “broilers” or simply “chickens” — are very different animals. We had been persuaded by the hatchery’s website to order Special Dual Purpose chickens that supposedly combined the best attributes of layers and broilers. The website told us that White Rock broilers, the overwhelmingly dominant meat chicken variety, had been bred into such freakishly efficient gainers of weight that they couldn’t walk properly and were susceptible to all sorts of diseases if raised without antibiotic-laden feed (a claim we later found to be false). If we were aiming for free-range and organic, we were assured, the Special Dual Purpose was the bird for us.

Our batch of day-old chicks, 50 of them, arrived at our local feed store in a very small cardboard box. I began learning new things about chickens at a rapid rate. Day-old chicks are tiny and fluffy yellow and incredibly cute, but they are also very loud, mobile, and assertive. They chirped loudly when the kids picked them up or when they were hungry (which was pretty much all the time) or seemingly just for the hell of it, all day long. We put down wood shavings in the bathtub and hung a 300-watt heat lamp over them to keep them warm. It occurred to me that many chickens’ lives are bookended by heat lamps. Even Special Dual Purpose chickens have been bred to rapidly put on weight, so the chicks had an insatiable appetite. From day one they would frantically climb over each other to get at their food, and they also drank a lot of water. I would fill up their little feed trough immediately before going to bed, but they would eat it all during the night. Our bedroom was on the second floor, but their manic chirping was loud enough to wake me before dawn.

Any animal with such a rapid metabolism produces a lot of waste. Our chicks were shit-producing machines (birds don’t urinate, another thing I learned early on). The bathroom rapidly became very hot, very humid and indescribably smelly. It was like some sort of dystopian sauna in there, and the stench began to pervade the whole house. Gillian let it be known that my coop construction should be expedited.

The coop I had constructed was solid, tight, and completely varmint-proof. It was built into a lean-to that had been added to the east side of our classic Ontario bank barn, a majestic structure constructed of massive beech beams that was at least 100 years old. I had framed in a section of the lean-to that was about thirty feet square and then sealed the whole thing with chicken wire, all the up to the roof. Every corner was meticulously tacked down, and the overlapping runs of mesh were wired together at the seams. I had built a sturdy door that locked with heave slide bolts, leaving a gap at the bottom of less than a quarter of an inch. Nothing could get in there that didn’t have opposable thumbs. So I was confident as I strode across the law that fine June morning.

I could see the chicks through the chicken wire as I approached the coop, sleeping in a pile right up against the mesh in the corner. They jumped up as I got closer and started running about in the straw on the concrete floor. Chicks are ridiculously cute for the first five days of life. Then their yellow fluff begins to give way to tufts of white adult feathers and they take on a mangy, adolescent look. At a week old, my birds had bodies about the size of a baseball, with spindly legs and heads half covered with moulting chick fluff. They were ugly. I hooked my fingers in the wire and peered in at the flock, and a wave of relief washed over me. Everyone appeared to be fine. But as I stood there longer, I noticed a pile of white feathers near the front corner of the coop. I looked down and saw more white feathers outside the wire, near my feet. What was going on? I scanned the flock again. Every chicken was up and moving. None of them was dead. Could a varmint have entered the coop, killed a chicken and then possibly removed the body? I couldn’t accept that this was possible. I had sealed the coop.

Then I caught a glimpse of something strange: one of the chicks appeared to have something wrong with its wing. I opened the door and stepped into the coop. This caused the birds to run around frantically, making them harder to observe. I knelt down and let them settle. As the funny-looking chick walked toward me, I realized there wasn’t something wrong with its wing; its wing was completely gone. I felt a little sick. Another chick turned broadside and revealed a set of two parallel bones, perfectly clean, sticking out where its wing had been. I shouldn't’t have been surprised that those wing bones, still attached to a live chicken, should bear such a striking resemblance to the ones I was sometimes served at wing night down at the pub in Creemore, but I was.

It’s hard to keep track of 50 birds as they move about in a coop, but after a few minutes I determined that five chicks had been injured — four had missing wings and one had a chunk torn out of its back. The most disturbing part of the whole scene was that none of the wounded birds seemed distressed. They were mangled, with exposed bones, strips of flesh dangling from open wounds, and angry red muscle twitching in the open air, but they were acting completely normal — The Walking Dead, chicken-style.