Cancer screenings are down during COVID-19. Will cancer deaths rise?

Screening rates have fallen sharply during the pandemic — and some experts are concerned about what that could mean for patients
By Abigail Cukier - Published on Apr 28, 2021
Mélodie Cyr is one of thousands of Ontarians who have experienced delays in screenings or elective surgeries. (Courtesy of Mélodie Cyr)

Since 2017, Mélodie Cyr’s doctor has monitored a tumour in Cyr’s thyroid with annual ultrasounds. After her February 2020 appointment, Cyr was told that the tumour had “suspicious cancerous features,” and she was booked for a biopsy at the end of March.

On March 19, 2020, the province called for non-essential and elective services to be reduced to minimal levels to create capacity for a possible influx of COVID-19 patients. The day before Cyr’s biopsy, her procedure was cancelled. “I was just dropped; that’s what it felt like. I was so angry and upset,” she says. For the past year, Cyr, 24, has routinely checked her neck and lymph nodes for any changes. “I was uncomfortable knowing I had it in my body. It was very worrisome.”

Cyr is one of thousands of Ontarians who have experienced delays in screenings or elective surgeries following Ontario’s declaration of a state of emergency last March. The Ontario Breast Screening Program (OBSP), for example, performed 149 mammograms for routine cancer screening in April 2020, compared with 61,655 in the same month a year prior. Ontario also saw a 13 per cent decrease in non-cancer CT scans and a 20 per cent decrease in non-cancer MRI tests in 2020 compared to 2019.

On May 26, David Williams, the province’s chief medical officer of health, called for a gradual restart of deferred services, and Ontario Health recommended resuming routine screening for breast, cervical, and colorectal cancer — but levels did not completely bounce back (for example, in December 2020, OBSP performed 22 per cent fewer mammograms than it had in December 2019). Now, in the third wave of the pandemic, provincewide screening programs for breast, cervical, lung, and colon cancers are based on resource availability. The situation has health-care professionals concerned about patients — and working to figure out the post-pandemic future of medical screening.

Chris Simpson, executive vice-president, medical, at Ontario Health, says screening is also limited by infection-prevention protocols that reduce waiting-room capacities and increase the time it takes to disinfect surfaces between tests. Simpson, a cardiologist, is also having trouble booking patients. “They are saying they don’t want to come into the hospital,” he says. “It can take a lot of persuasion to get people to buy into screening at the best of times, when they don't have any symptoms. So I think, you put those two things together, and there is reluctance to come in to get it done.”

Laszlo Radvanyi, president and scientific director of the Ontario Institute for Cancer Research, says the decrease in preventive screening for major illnesses, such as diabetes, heart disease, and cancer, will have serious consequences. “Our tremendous preoccupation with COVID-19 has shifted health resources away from other critical or chronic medical problems, which will come back to haunt us. We need to be prepared for that,” he says. “This will cause a ripple effect, with a surge of cancer cases or people coming to the clinic with later stages of cancer because it was not detected earlier. These will be much more difficult to treat, because therapy has been delayed.”

Simpson says it’s difficult to determine what impact preventive-screening delays will have on rates of cancer and other diseases: “Of course, it's only a minority of people who are screened for cancer who wind up actually having cancer. But, having said that, anecdotally, my cancer colleagues are already seeing what they perceive to be the stage shift. So somebody who otherwise would have presented with stage one or two cancer, presenting with stage three cancer.”

He says he’s encouraged that the pandemic did not significantly impact the number of cancer-staging scans, which assess a new diagnosis and are needed in order to proceed with treatment. In 2020, there was no decrease in cancer-staging CT scans and a 3 per cent decrease in staging MRIs compared to 2019.

Wendy Levinson, a University of Toronto professor and chair of Choosing Wisely Canada, an organization that works to reduce unnecessary tests and treatments in health care, hopes some of the changes brought on by the pandemic become permanent. She believes Ontarians were previously over-screened, and that many patients scheduled for low-risk surgeries, like hernia repairs, go through unnecessary pre-operative tests.

“In these low-risk surgeries, we know that the tests are not helpful. They lead to false positives and can cause delays in getting the surgery,” she says. “Often, we just have these standard ways of doing things, and now that we stopped doing them because of the pandemic, we should ask, ‘Do we really need to reintroduce that? Or is that something that we should not do because it actually doesn't add value?”

The Canadian Task Force on Preventive Health Care says that if 1,000 women aged 50 to 59 and not at increased risk for breast cancer were screened over seven years, almost 300 would get a false positive and 37 would undergo an unnecessary biopsy. Twelve women would be diagnosed with breast cancer. Of those, three would be treated for a cancer that would have not caused harm. One breast cancer death would be prevented. In this age group, 1,333 women need to be screened to prevent one death.

The OBSP recommends that most women aged 50 to 74 get screened with mammography every two years. In a statement, the OBSP says research shows that women in this age group who get screened regularly can lower their chance of dying from breast cancer and that regular screening can find cancer early, when treatment has a better chance of working.

Radvanyi says early detection is key for the most lethal cancers, which are often caught too late. “There is no one-size-fits-all strategy for cancer detection or screening, and there is also a huge unmet clinical need in cancers that are caught too late, such as pancreatic and lung cancers, where screening and early detection are essential,” he says. “By using different screening modalities together — such as liquid biopsies, imaging, and genetic-predisposition testing — we can further improve screening and diagnosis for all cancers, allowing cancers to be detected earlier, when they are far easier to treat.”

When the health-care system opens up further, Ontario Health says it will tackle issues such as the impact of deferred services. “All parts of the system are in the recovery planning phase,” says Simpson. “We're assembling a provincial table that will include everyone from primary care to rehab, clinical leaders and operational leaders, to address how to tackle the backlog and how to make sure the system all recovers together so that we don't get bottlenecks.”

Cyr, who lives in Sudbury, was able to get an ultrasound every three months throughout 2020. One test showed that her tumour was growing, and she recently had a biopsy that found abnormal cells but could not give a full cancer diagnosis. Cyr is now booking surgery to have her tumour removed. If there is cancer, the surgery will remove it.

“I am really excited to just remove it. I want to move on with my life. This has been going on for more than a year now, and it’s very stressful,” she says. “For other people in my shoes, I really hope they are able to get on with their screening.” 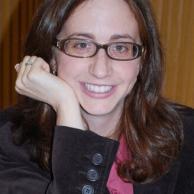 Abigail Cukier is a writer and editor based in Hamilton.

Coronavirus
Ontario’s new vaccine certificate and verification app: What you need to know

The province has released the details of its enhanced COVID-19 vaccine certificate and the Verify Ontario app for businesses. Read the full briefing here.

Coronavirus
COVID-19: What you need to know for October 15
TVO.org staff