The 1921 federal campaign saw the division of the country into regional political blocs, resulted in the first woman elected to the House of Commons, and, in Ontario and British Columbia, featured legitimate three-way races — a sign that the old two-party order was on its way out.

The disruptive factor in Ontario was the Progressive Party, which had grown out of a political movement spearheaded by rural farmers’ organizations angry over issues such as high protective tariffs restricting free trade with the United States, the federal government’s reversal of a 1917 campaign promise to exempt the sons of farmers from military conscription, and a general sense that rural needs were being ignored. United Farmers parties had already achieved provincial prominence, winning elections in Ontario in 1919 and in Alberta in 1921.

The Progressives officially formed in February 1920 with 11 MPs, primarily former members of the Unionist coalition, which was made up of Conservatives and pro-conscription Liberals. House leader T.A. Crerar, along with Ontario premier E.C. Drury, envisioned an organization that could evolve into a new traditional political party. Others, such as the UFO’s J.J. Morrison and UFA’s Henry Wise Wood, preferred promoting the concept of “group government” in which organizations representing different economic classes would work together to develop and enact legislation. Though Crerar made speeches across the country during the 1921 campaign, the party had no national organizer or central fund. Local affiliated farmers’ organizations adopted an approach known as “constituency autonomy,” making all funding- and nomination-related decisions. The party’s candidates campaigned for free trade, public ownership of utilities, improvements to rural services, and direct democracy.

Morrison took responsibility for directing parts of the Ontario campaign. He tried to keep UFO MPPs from campaigning for the Progressives, fearing that the UFO government’s growing unpopularity with Ontarians would rub off. Still, he made campaign appearances, sometimes with his philosophical enemy Drury.

Liberal leader William Lyon Mackenzie King, who ran in a riding north of Toronto, tried wooing the Progressives. Many Progressive candidates were viewed as “Liberals in a hurry” because of their past ties with the party and their outspoken impatience with the glacial pace of Liberal-promised reforms, such as the reduction of protectionism. Arrangements were made not to run Liberals candidates in several ridings leaning Progressive. King also suggested that, if he were to win a minority government, cabinet positions could become available. While Crerar and Drury were intrigued, Morrison, Wood, and their allies rejected these overtures, fearing that the movement would be corrupted.

Prime Minister Arthur Meighen officially launched the 1921 election during a speech at the Grand Opera House in London on September 1. Meighen, who had replaced Robert Borden the previous year, was particularly unsuited to the new political climate. A coldly logical man who had been criticized for his harsh handling of conscription and the Winnipeg General Strike, he often mercilessly attacked his political enemies and rarely reconsidered his positions. “He was widely regarded for his intelligence and polished oratory,” observed Bob Plamadon in his book Blue Thunder, “but reservations remained over his ability to lead. He could appear cold, aloof, even uncaring and austere.”

A central plank in Meighen’s platform involved preserving the high protective tariffs that had been in place since Sir John A. Macdonald’s National Policy had become law in 1879. The prime minister presented himself as the leader best qualified to maintain national unity in the face of leftist agitators, angry farmers, and discontented Quebeckers. He renamed the party the National Liberal and Conservative Party, but it was a coalition in name only, as the “Conservative” element was clearly dominant.

To attract votes from imperialists and veterans, the Conservatives attacked King’s wartime activities — his lack of service record, his opposition to conscription, his work on labour relations for New York’s Rockefeller Foundation. The Conservative press and some veterans’ organizations criticized him for everything from having published German-language ads to contributing to the political clout of Quebec. A headline for an anti-King article in Toronto’s Evening Telegram read, “Soldiers Will Know Their Duty.” Such appeals made no mention of the trauma the war had inflicted on veterans, their grim job prospects, or the deep resentment caused by conscription.

Meighen also reached out to a new voting bloc: women. While limited female suffrage had been enacted for the 1917 election, federal voting rights had been granted to white and Black women in 1920 (Asian women and men were not allowed to vote until after 1948 and Inuit women and men not until 1950; until 1960, First Nations people could note vote without losing their treaty status.) Meighen asked women to “earnestly and thoroughly study the great issues that now confront the country, and to conscientiously seek a personal decision, refusing steadfastly to be moved by reckless appeals, or by the cry of prejudice or by class appeal.” He also reminded them which party had given them the right to vote.

Four female candidates ran, one of them Agnes Macphail, a 31-year-old teacher involved in farmer political activism. Twenty-five potential candidates attended the Progressive nomination meeting for Grey Southeast, in Durham: Macphail was the only one to receive applause. She criticized the crowd for having selected only one female voting delegate. She criticized Meighen for focusing on the tariff issue instead of on democracy. “It is a question of whether the people are to rule or the big interests,” she said.

There was a strong and immediate backlash from those opposed to the idea of a female candidate. But she refused to resign, and she used her personal contacts, and the support of local farm clubs, to bring in heavy hitters such as Morrison to speak at campaign events. When an overflow crowd showed up for her appearance in Hanover, Macphail gave a second talk so that everyone would be able to hear her.

While Liberal newspapers gave Macphail positive coverage, the Conservative press insulted her. The Ottawa Journal called her “a gabby person, with a single-track mind, who talks like a fanatic” and said that her pro-free-trade views “give us a pain.” Closer to home, papers in Grey County called her the “Maid of Ceylon,” referring both to the village near her family farm and to her single status.

While the Liberals looked secure in Quebec and the Maritimes, and the Progressives dominated the Prairies, Ontario was up for grabs. King and Meighen spent most of the campaign in the province, and Crerar made a third of his appearances here. As the campaign wound down, the refusal of some Progressives to work with the Liberals prompted a number of Grits to declare their candidacy and run against the new party. The Liberal platform remained vague, but King promoted himself as a unifier willing to finding areas of common ground among divided voters. The business community, which increasingly saw the Conservatives as a hopeless cause, threw its support behind the Liberals.

The Progressives, who won 65 seats nationally, had expected to do better in Ontario, but their association with the provincial government likely worked against them. Morrison was pleased with the result, as he believed that it meant that Progressives would be able to promote their ideas without having to deal with governing. The party refused to serve as the official opposition — that honour went to the Conservatives — or to form a coalition with the Liberals. As the 1920s went on, the Progressive Party faded away. Crerar resigned as leader in 1922 and joined the Liberals; many others either also went Liberal or helped form the CCF and Social Credit parties in the 1930s.

In Grey Southeast, Macphail defeated Conservative R.J. Ball — a furniture manufacturer whose stout figure, thinning hair, and fancy moustache made him a walking Tory stereotype — by nearly 2,600 votes. (The Flesherton Advance referred to “an Aggienizing defeat.”) Following the election, the greatest question regarding Macphail was whether she would violate parliamentary protocol and, like Lady Astor in the British House of Commons, wear a hat. “In defiance of all feminine usage,” the Globe reported, “[she] will sit unbonneted in Parliament.” Macphail joked that she was better off without any fashionable headwear: “I’ve heard that wearing one’s hat indoors conduces to baldness — and I don’t want to grow bald.”

Macphail’s political career ended up outlasting the party she’d originally run for — she served as an MP until 1940.

Society
Princess Margaret: The Rebel Royal - ep2
Through archive and revealing interviews with those who knew her well, the series follows Margaret's life as she redefined our image of the modern princess. 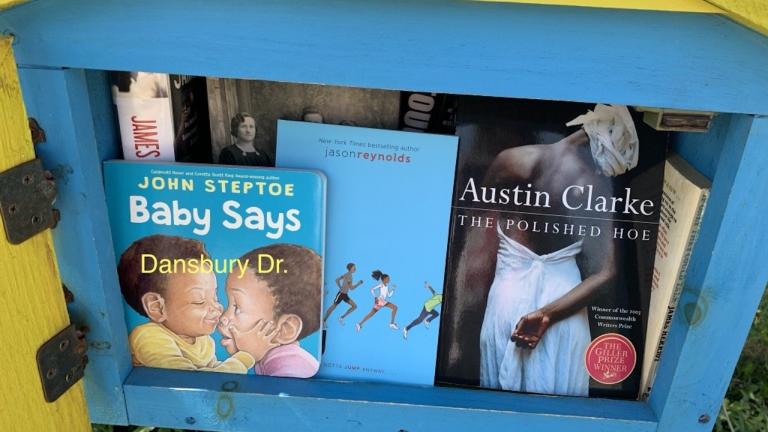