OPINION: This country will not be able to “build back better” if we don’t tear down the barriers preventing Black Canadians from contributing to economic prosperity
By Colin Lynch - Published on Feb 25, 2021
Colin Lynch is a co-founder of the Black Opportunity Fund, a partnership between businesses, philanthropists, and foundations to combat anti-Black racism. (Courtesy of Colin Lynch)

Colin Lynch is a co-founder of the Black Opportunity Fund.

Last year forced a shift in our thinking on fundamental social and economic issues. Pandemic isolation encouraged more conversations about mental health. Political upheaval has led to serious discussions about democracy. And the murder of many Black people — sometimes by law-enforcement officers — sparked a global movement under the rallying cry that Black Lives Matter.

In Canada, the promise of “building back better” simply can’t be fulfilled if we don’t recognize and then tear down the systemic barriers that keep Black Canadians from fully contributing to our future economic prosperity.

These statistics illustrate the wealth gap that exists in Canada — and that’s a serious issue for the country’s overall economic recovery.

This wealth gap continues to fuel Canada’s race-based economic disparities. It means that Black entrepreneurs are less able to rely on their family, friends, or own personal capital when attempting to realize an innovative vision. In real terms, it means that venture-fund managers and angel investors are less likely to support Black businesses.

It also means that Black business owners are more likely to be denied loans; when loans are granted, Black recipients are charged higher interest rates by financial institutions. Why? Because, as a result of Canada’s current policy structures, Black visionaries are consistently viewed as “higher risk.”

To respond to systemic anti-Black racism and implement fact-based solutions, a group of more than 250 Black Canadians have come together over the past year to form the Black Opportunity Fund. BOF’s approach is to support racial equality, capacity building, and community economic empowerment through a partnership between businesses, philanthropists, and foundations to combat anti-Black racism in Canada. We immediately set out to listen directly to the Black community.

In December, we released a 100-Day Report highlighting what we’d heard from more than 1,000 Black Canadians from coast to coast.

We heard of significant distress. Black businesses have failed at a greater pace than non-Black ones. Statistics Canada has shown that the Black unemployment rate is generally more than 50 per cent higher than the white unemployment rate.

In its 2020 speech from the throne, the federal government made clear that it wants to put plans and policies in place that will let Canada “build back better.” Yet, while federal spending on COVID-19 has been pegged at $322.3 billion for this fiscal year, the government has committed less than $130 million to the Black community since the pandemic began. Most of that won’t be spent this year.

We need to create and sustain a national strategy to address the challenges faced by our community. Some policy approaches that have been suggested include making capital more accessible, developing programs to support new entrepreneurs, and increasing government procurement from Black-owned businesses. Another is to improve accountability and transparency by collecting better data to tell us whether these kinds of supports are making a difference.

Canada’s vision of “building back better” simply can’t be realized if we continue to marginalize a population keen to contribute — in innumerable ways — to this nation’s future success. 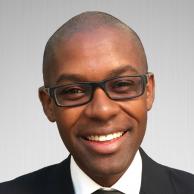 Colin Lynch is a co-founder of the Black Opportunity Fund.