Canada is incredibly diverse. So why isn't our House of Commons?

A new essay by Erin Tolley argues our electoral system is not the main barrier to more diverse representation in government
By TVO Current Affairs - Published on May 15, 2017
We have long had the ability to increase diversity in our electoral bodies, but quite simply have opted not to. (Peter Power/CP)

The following is excerpted from Erin Tolley's essay "The Electoral System and Parliament’s Diversity Problem: In Defense of the Wrongfully Accused." It appears in Should We Change How We Vote?, a new book of essays that evaluate Canada's first-past-the-post electoral system and consider how changes to it might lead to a truer representation of Canada's values, priorities, and diversity.

The electoral system is not the principal barrier to increased demographic representation in the House of Commons. Rather, it is the failure of parties to identify and recruit diverse candidates, and the acquiescence of voters in accepting that the most suitable candidates for office must just happen to be middle-aged, heterosexual, able-bodied, white men. We have long had the ability to increase diversity in our electoral bodies, but quite simply have opted not to. This suggests that the problem is not simply one of institutional constraints, but also a deficit in our normative commitment to equality and diversity. 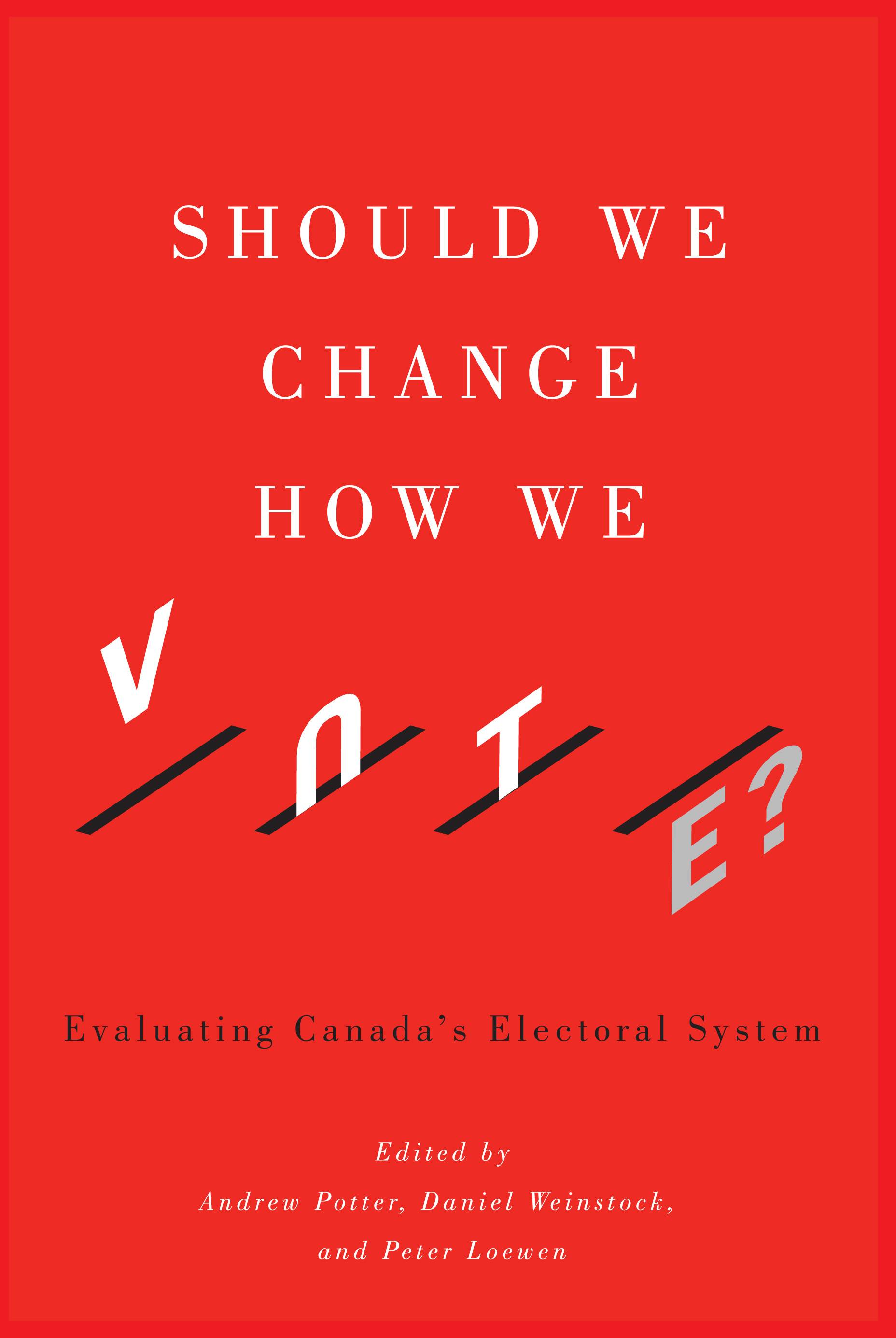 In the Canadian system, candidate recruitment and selection is highly decentralized, with local electoral district associations overseeing the entire nomination process, with very limited intervention from the central party. When local elites prioritize the selection of diverse candidates, those efforts have tended to bear fruit. The New Democratic Party encourages local electoral districts to identify and support so-called equity-seeking candidates, and that party has consistently nominated some of the most diverse candidates. Meanwhile, when the president of a local electoral district is a woman, or there is an established history of nominating women candidates, female candidates are more likely. Even still, the proportion of women candidates has always fallen below the presence of women in the population. In my current research, I am interviewing party elites about their efforts to nominate more diverse candidates. Even those who appear committed to the ideal admit they struggle with time pressures and a lack of tangible supports needed to encourage women and minorities to enter the political arena. There is also evidence that party elites associate electoral success with stereotypical masculine traits and that they are more likely to encourage men to seek office than women. When parties do seek out non-prototypical candidates to run, in the case of women, there is some evidence that they continue to nominate them in less competitive electoral districts.

The nomination of racial minority and Indigenous candidates provides an important counterpoint. Here, there is evidence that parties have in recent years made a strong and concerted effort to nominate such candidates in electoral districts that they believe they can win (and not coincidentally, often, those with significant racial minority or Indigenous populations). From the perspective of numerical representation, the results of these efforts have been positive: more racial minority and Indigenous candidates have been elected, with significant gains made in 2015. This underscores that when parties make a concerted effort to nominate diverse candidates in competitive riding, elected bodies themselves become more diverse. This happened without any change to the electoral system: it is purely a function of parties’ willingness to do so.

Bill C-237, a private member’s bill introduced by New Democratic MP Kennedy Stewart in 2015, was a golden opportunity for parties to affirm their commitment to the nomination of more women candidates. The bill proposed to amend the Canada Elections Act to include a financial penalty for parties who put forward candidate slates with more than a 10 per cent difference in the number of men and women. Parties who did not nominate a sufficient number of women would see their electoral expense reimbursements reduced by 0.25 per cent for each percentage point by which they deviated from the 10 per cent threshold. If the provision were applied to the 2015 election, the NDP would not be penalized, while the Liberals and Conservatives would have stood to lose more than $1 million. The bill was imperfect. Financial penalties pertained only to candidate gender, and parties would still be free to nominate women candidates in less competitive ridings, but it would put in place a tangible measure to increase representational diversity and to punish parties that did not comply. This would send a clear signal about a country’s normative commitment to equity. The importance of these normative commitments are, as I argue below, often overlooked in discussions about electoral reform. Tellingly, Bill C-237 was defeated at second reading in October 2016, with most Liberals and Conservatives voting against it.

The lack of diversity among elected officials is not a natural outgrowth of the electoral system. When voters demand more diverse candidates, and parties make an effort to nominate them, the representation of diversity is more robust. Despite having the power to do so, political parties have not taken advantage of this opportunity. Their failure to act is not because they have been hamstrung by first-past-the-post, as some advocates would have us believe, but quite simply because they have chosen not to.

Tolley, Erin. “The Electoral System and Parliament’s Diversity Problem: In Defense of the Wrongfully Accused.” Should We Change How We Vote? Andrew Potter, Daniel Weinstock and Peter Loewen (Eds.). Montreal: MQUP, 2017. Print.

Watch The Agenda's discussion of electoral reform, originally aired May 17, 2017.

Opinion
The notwithstanding clause isn’t meant to be safety net for political blundering
OPINION: There are arguments for having Section 33 in our Constitution — undoing the errors of a government that can’t seem to shoot straight isn’t one of them.
John Michael McGrath

Politics
After a disastrous April, polling shows that Doug Ford is back in the game
Steve Paikin