Researchers are working on a new method for turning harmful carbon dioxide into reusable stored energy. The key: nanoneedles made of gold
By Graeme Bayliss - Published on Oct 26, 2016
University of Toronto researchers Min Liu (left) and Yuanjie Pang were part of the team that developed the nanoneedle approach to breaking down carbon dioxide molecules. (Marit Mitchell/University of Toronto)

It’s alchemy for the 21st century: harness the power of nanotechnology to turn harmful, globe-warming carbon dioxide into stored energy. Many have tried, and some have even succeeded, at least on a small scale. But humans continue to spew carbon dioxide into the air faster than plants can absorb it, trapping heat near the Earth’s surface and contributing to rising sea levels and ecological damage.

Now a team of researchers from the University of Toronto, led by engineering professor Ted Sargent, has discovered a better method of taking carbon dioxide down a peg. They’re using tiny “nanoneedles” to covert the greenhouse gas into carbon monoxide, a building block for making synthetic fuels.

It sounds futuristic, but the new nanoneedle approach has a venerable forebear in water splitting. The basic idea is that two electrodes, hooked up to a power source, are placed in water. When the switch is flipped, hydrogen molecules gather at one electrode, oxygen molecules at the other. Breaking down carbon dioxide in the same way is a much bigger to-do; the process is slow and wastes a ton of energy. Phil De Luna, a doctoral student and one of the lead U of T scientists, says his team wanted a method of breaking down carbon dioxide more efficiently — one that could be powered only by renewable electricity.

To take on such a big task, they had to think small. Really, really small. 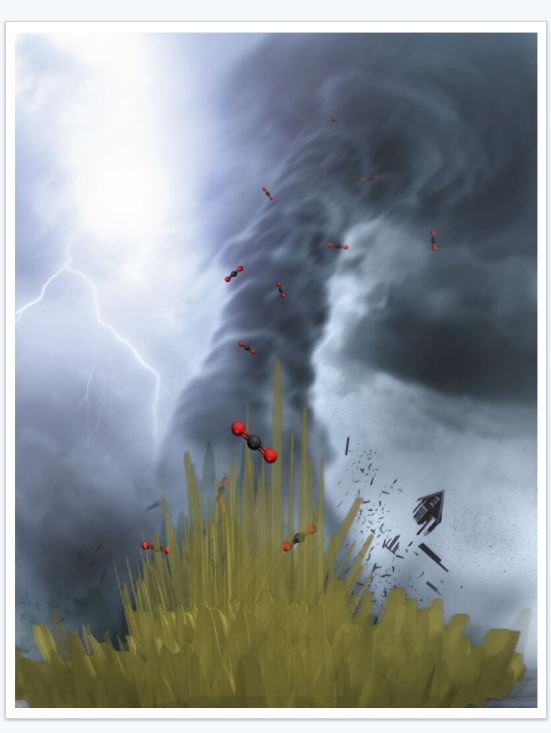 For their electrodes, they fashioned needles out of gold — each one several thousand times skinnier than a strand of human hair. When an electrical charge is applied to the nanoneedles, strong electric fields form at their tips, which draw carbon dioxide molecules near and speeds up their conversion to carbon monoxide.

It’s their very pointiness that makes them suited to the job, according to the research team, whose work was published in the science journal Nature this past August. “Think of them like lightning rods,” De Luna says of the miniature bodkins.

Or just picture the Toronto skyline on a stormy night. Nanoparticles are like the Rogers Centre, untroubled by the lightning; nanorods are like the skyscrapers downtown, struck from time to time. But nanoneedles are like the CN Tower — tall, pointy thunderbolt magnets.

Carbon emissions from burning fossil fuels continue to warm up the planet at an alarming rate. Indeed, government agencies from NASA in the U.S. to the Met Office in the U.K. suggest that 2016 will go down as the hottest year on record. Harvesting carbon dioxide right from factory flues and recycling it on an industrial scale as liquid fuel — methanol or diesel, for example — could go a long way toward slowing down humanity’s contribution to global warming (and its lesser-known evil twin, ocean acidification).

“It’s like killing two birds with one stone,” De Luna says. “Not only are we finding a way to use a greenhouse gas, but we’re also solving the long-term intermittency problem that comes with renewable energy” — that is, the problem of storing solar and wind energy for use when the sun’s not shining and the wind’s not blowing.

The technology isn’t ready for the big time yet. De Luna says it has two basic limitations: first, it can be used only in the lab; and second, those golden nanoneedles are expensive. But the team is working to scale up — and they’ve got 20 million reasons to do so. They’re taking part in an XPrize competition, in which teams from around the world are challenged to turn the most carbon dioxide into the most valuable products. The four-and-a-half-year contest kicked off last summer, and now the Toronto team is among the semi-finalists.

The next step is to bring the technology up to pilot and then demonstration scale. That means they’ll need to find a different material out of which to make their nanoneedles. De Luna says they chose gold in the lab because it’s highly selective, converting carbon dioxide into carbon monoxide with no by-products (unlike, say, copper, which is cheaper but results in a veritable soup of by-products). But he reckons his team can find a more affordable material. In fact, they may already have done so. “I can’t get into the specifics now,” he says coyly, saying that all will be revealed before the competition is over.

Hopefully the mystery material is abundant as well as affordable. Ontario’s greenhouse-gas emissions hover around 170 megatonnes per year — more than any province except Alberta. Recycling all that will take a lot of little needles.

Graeme Bayliss is a freelance writer and editor who lives in Toronto. He contributes regularly to The Walrus, Reader’s Digest and Azure, among other publications. 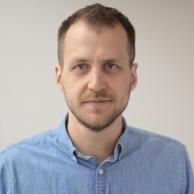