In the fall of 2015, Michael Filipetti, then a middle-school principal in Thunder Bay, learned about transliteration keyboards, which turn characters from one language into those of another. A professor at Lakehead University showed him a website with a huge selection of keyboards in Indigenous languages: from Hawaiian to Haida, Mohawk to Inuktitut, even Tahltan to Micmac. However, there was no Ojibway option available. So, he got to thinking. Could his students build one?

“Having [the language] in tech, so on a phone or on a computer, makes it easier because when you type out the syllabics, you have to say the sounds and when you say the sounds, you’re training your brain and you’re learning the language,” he says.

He put together a team — three middle-school students (Tarcisius Tibishkogijig, Gene Mendowegan, and Rayne Meekis) and language teacher Joan Esquega — and gave them a task: code keyboards that convert the English alphabet into syllabics depicting the Ojibway language. (Syllabics are a non-alphabetic orthography, or spelling system, in which characters typically represent pairings of consonants and vowels that create a syllable or sound.)

They called the project Preserving Our Language and, over the course of a year, coded a digital system that turns Ojibway words typed on a typical keyboard into syllabics. For example, when you type booshoo, which means hello, it converts to ᑀᔝ. The syllabics keyboard is downloaded to a computer from the group’s website, or as an extension through Google Input tools.

Meekis, now in Grade 11, says the project has helped her understand the importance of language. “In the past there has been many barriers between First Nations youth and learning about where specifically we come from — our language, our culture,” she says. “I don’t speak Ojibway. I don’t speak Oji-Cree. I wasn’t exposed to that when I was young.”

Sarah Johnson, the native-language lead for the Keewaytinook Okimakanak Board of Education, heard about the project in 2018 and approached Filipetti about expansion. They decided the initial students should teach new participants from another high school. Together, the team coded keyboards for James Bay Cree, Fort Severn Cree, and Oji-Cree.

The students also worked with elders, including Saggius Rae from Deer Lake First Nation. In a video message to the team, Rae expresses his gratitude to the students: “They are going to make our language stay.”

“I think it’s always important as educators to include elders in all of our activities at school,” Johnson says. “I think it’s very important to hold onto their teachings and carry it on, just like these young people are doing.”

Last week, the students presented their work at the Indspire National Gathering in Toronto.

In Thunder Bay, syllabics are visible on signs around Lakehead University, the hospital, and Dennis Franklin Cromarty school. However, the students say, there are few opportunities to learn what they mean. “Not a lot of First Nations youth have access to finding help to learn about where they come from, either from elders or their grandparents or parents,” says Meekis. “Some youth don’t even have parents that they can look up to. Especially up north. It’s not easy for them.”

Johnson says the history of syllabics dates back to the 19th century, when a missionary named Reverend James Evans claimed to have invented the language, saying it came to him in a dream. “Through this invention missionaries [translated] the hymns in the Bible, and it has been translated over time, and it’s all in Cree,” she says. “Even now, even me, I learned syllabics from the Bible because when you flip open a Bible, on the first few pages there’s a syllabic chart so we were taught to memorize the letters and then practice reading it.”

She says Evans’ story may not be the whole truth. “I’m thinking — in my mind, as a disclaimer — it was probably us that invented the syllabic system. That’s what I’m thinking, but he got all the credit.”

The group’s keyboards allow continued education, as teachers can now create educational resources in syllabics. “There’s always a high need for resources, not only in syllabics but also in native languages. Now with this keyboard they can make their own resources,” says Johnson.

Grade 11 student Alexis Kakegumick, from Keewaywin First Nation, attends Dennis Franklin Cromarty, where the student population is entirely Indigenous youth from remote communities. She says language is a good way to feel connected to her family. “I miss seeing their faces and hearing their laughter and their teasing — smelling my grandma’s cooking,” she says. She wants to learn more of her language, Oji-Cree, so she can speak to her relatives who don’t speak English anymore — specifically her grandmother.

Filipetti hopes the project can have an impact beyond language. “I think it’s important for the students to realize the positive impact a project like this can have, and I hope it’s just another reminder for all of us that we can sit around and we can say, ‘Wouldn’t it be really nice if we had … whatever,’” he says. “Sometimes we need to just say, ‘Can I do it?’” 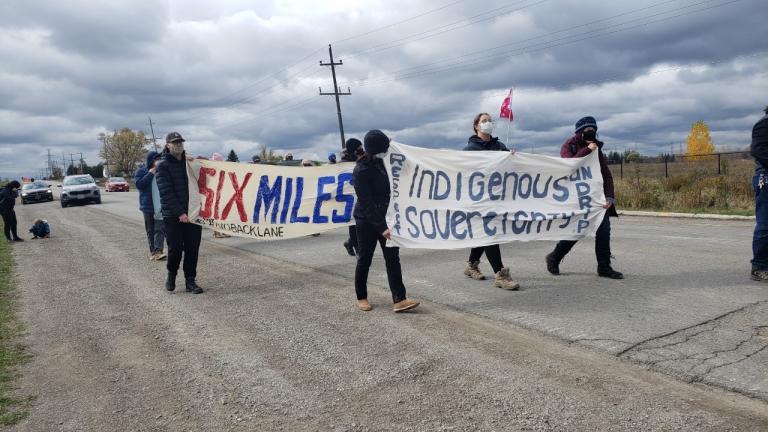 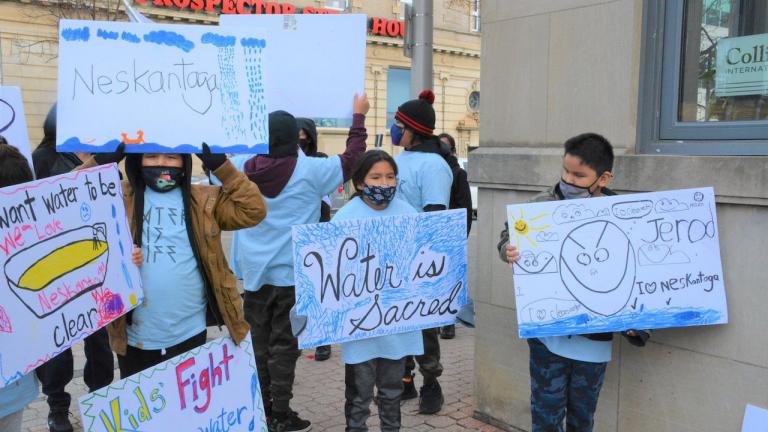