OPINION: There is power in the written word that is vital amid the pandemic. I know that because, during the first wave, reading was how I dealt with everything
By Ethan Lou - Published on Nov 30, 2020
Study after study has shown that books help support mental well-being. (iStock/Sergey Tinyakov)

In the German state of Bavaria, bookstores are exempt from certain lockdown rules: I know that firsthand because I rode out the peak of the COVID-19 outbreak in the city of Bayreuth.

It struck me that what a society allows to remain open reflects its priorities, and it didn’t escape me that Ontario’s lockdown rules made no exceptions for bookstores.

Now the province has yet again locked down its most populous regions, Toronto and Peel — and bookstores are closed once more. But they shouldn’t be.

It is, of course, fortunate that the retailers deemed non-essential, such as bookstores, can still offer curbside pickup. Libraries can even offer pickup inside. But while the privileged may be little affected, not everyone has access to a computer and internet to pre-order books, not to mention a credit card to buy instead of borrow.

The fact that we’ve allowed liquor stores to remain open proves that our definition of “essential” is not limited just to bodily sustenance. There are indeed alcoholics who may physically need a drink, but for the most part, liquor stores are kept open for our mental sustenance. Whether that rationale is justified in the case of alcohol, it certainly holds true for bookstores.

Study after study has proved books helpful for mental well-being. In the upcoming pandemic winter, which is sure to be bleaker and more isolating for many, we will need literature more than ever. Bookstores should remain open precisely because of — and not in spite of — the second wave.

Back in the first wave, I wrote in the manuscript for my new book, Field Notes from a Pandemic: “Just three days after bookstores were allowed to open in Bayreuth and environs, Albert Camus’s classic The Plague started leaping off the shelves, climbing to the top of bestseller lists.”

It wasn’t just Germany. Camus’s book made bestseller lists all over the world — perhaps for the same reason that, in Giovanni Boccaccio’s The Decameron, 10 characters live through the Black Death by taking turns telling stories. What a reader amid the current pandemic gets from the 14th-century work is similar to what its characters experience in their story circle: a mental tonic and refuge.

There are many more tangible reasons for allowing bookstores to remain open. In November, retailers and publishers arguing against shuttering cited the strain on delivery services that closure will cause, the survival of the industry, the fact that bookstores have not been COVID-19 clusters, and more. All are equally strong.

But the most important reason is the one we cannot so readily describe and quantify.

It is embodied not just in plague books. The characters of The Decameron turn to tales for the same reason that, in the 14th-century Romance of the Three Kingdoms, a tearful emperor spares his brother’s life because of a poem about beans. That, in Cloud Atlas, one man’s diary can spiral through centuries, lift the oppressed and seed revolution. That Finland literally would not be Finland without the 19th-century epic poem Kalevala.

There is power in the written word. It manifests in different ways. It uplifts, moves, inspires and unites. But, whatever the impacts, they draw from the same reserve that will be vitally important amid the pandemic. I know that because reading was how I dealt with everything.

I was struck and heartened by the compassion that endures in a protagonist of Louis L’Amour’s Crossfire Trail, who is “hardened by a life spent among ruthless men.” I felt a resonance with how Lindsay Wong managed family drama and mental health in The Woo-Woo. I was touched by David Chariandy’s words to his daughter on race and identity in I’ve Been Meaning to Tell You.

Stanley McChrystal’s Team of Teams and Nassim Nicholas Taleb’s The Black Swan changed my perspective on risk and uncertainty. Oswald Spengler’s The Decline of the West made me appreciate the deep-set divisions around the world that surely the pandemic will exacerbate.

It doesn’t have to be high literature, ancient works, or profound religious texts. Novels, poetry, non-fiction — it doesn’t matter. What is important is that reading places us in scenarios we do not personally experience and inside the minds of those who are not us.

That lets us identify with others. And, like a paperback that with every read flares out like an accordion more and more, once we start identifying with someone different, we start to identify with even more others — we don’t really go back.

That grants us appreciation not just of the differences in everyone’s views and struggles, but also of the same underlying conviction and vigour with which we hold and approach them. Books give us empathy. Empathy alleviates loneliness. And from there we draw strength.

There is a dark price to lockdowns, a cost beyond the biological threat and economic impact. When the nights are long, when we’re weighed by all the problems of the pandemic, isolated and cold, we will need that strength that comes from understanding our shared humanity and common struggle.

After all, the idea that literature is important in face of a pandemic is reflected in works other than The Decameron. It’s a common thread that many other plague novels share.

Mary Shelley writes in The Last Man, “Farewell to the arts, — to eloquence … to poetry and deep philosophy.” In Jack London’s The Scarlet Plague, in a post-pandemic world, the English-professor protagonist collects books, telling his illiterate grandsons, “Some day men will read again.” In Jose Saramago’s Blindness, plague victims lament that they have to depend on the lone sighted person to read to them.

In those works, literature is the perennial casualty of plague. Given the shuttering of bookstores today, those earlier plague novels show prescience that is dark and depressing. But, in that same vein, if books and plague are such fundamentally opposing forces, then reading now would be the ultimate act of defiance against the pandemic, would let us say to the pale rider of pestilence, “Not today.” 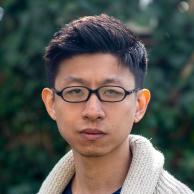 Ethan Lou is the author of Field Notes From a Pandemic, a travelogue and examination of the societal impacts of the COVID-19 outbreak.

Opinion
The vaccines are coming. Ontario must be ready
Matt Gurney
sfy39587stp16