Blazing a trail for feminism and the law

Through a combination of memoir and social history, Linda Silver Dranoff presents an eyewitness account of the revolution in women’s rights under the law
By TVO Current Affairs - Published on Aug 30, 2017
Nam Kiwanuka interviews Linda Silver Dranoff about her book, 'Fairly Equal.'

The following is excerpted from Fairly Equal: Lawyering the Feminist Revolution by Linda Silver Dranoff. The book, published this year by Second Story Press, is the basis for the author’s interview with Nam Kiwanuka on The Agenda in the Summer

This book is my contribution to the record of second-wave feminism in Canada. It is my personal account of my own lived experiences that drew me to feminism, and the experiences that raised my awareness of the difficulties that women encountered. To me, feminism means a search for equality, which embodies fairness for everyone. Every legal case I took on, the books and columns I wrote, the public policy issues with which I was involved, taught me about the search for justice, the need for equity, and the ongoing unfortunate gap between reality and equality. I tried to narrow that gap wherever and whenever I could. I am starting this book where I began—growing up in the 1950s—because it is important to understand just how different life for women was back then, and the path that led me—as one example—to surmount the cultural expectations of that era. While family law was my main focus in both my professional life and my lobbying efforts, I was involved in many of the feminist and public policy issues of the day as an activist, lawyer, and writer. In the process I learned a great deal from my experiences and from my feminist colleagues about how to build a consensus to transform a society resistant to change. 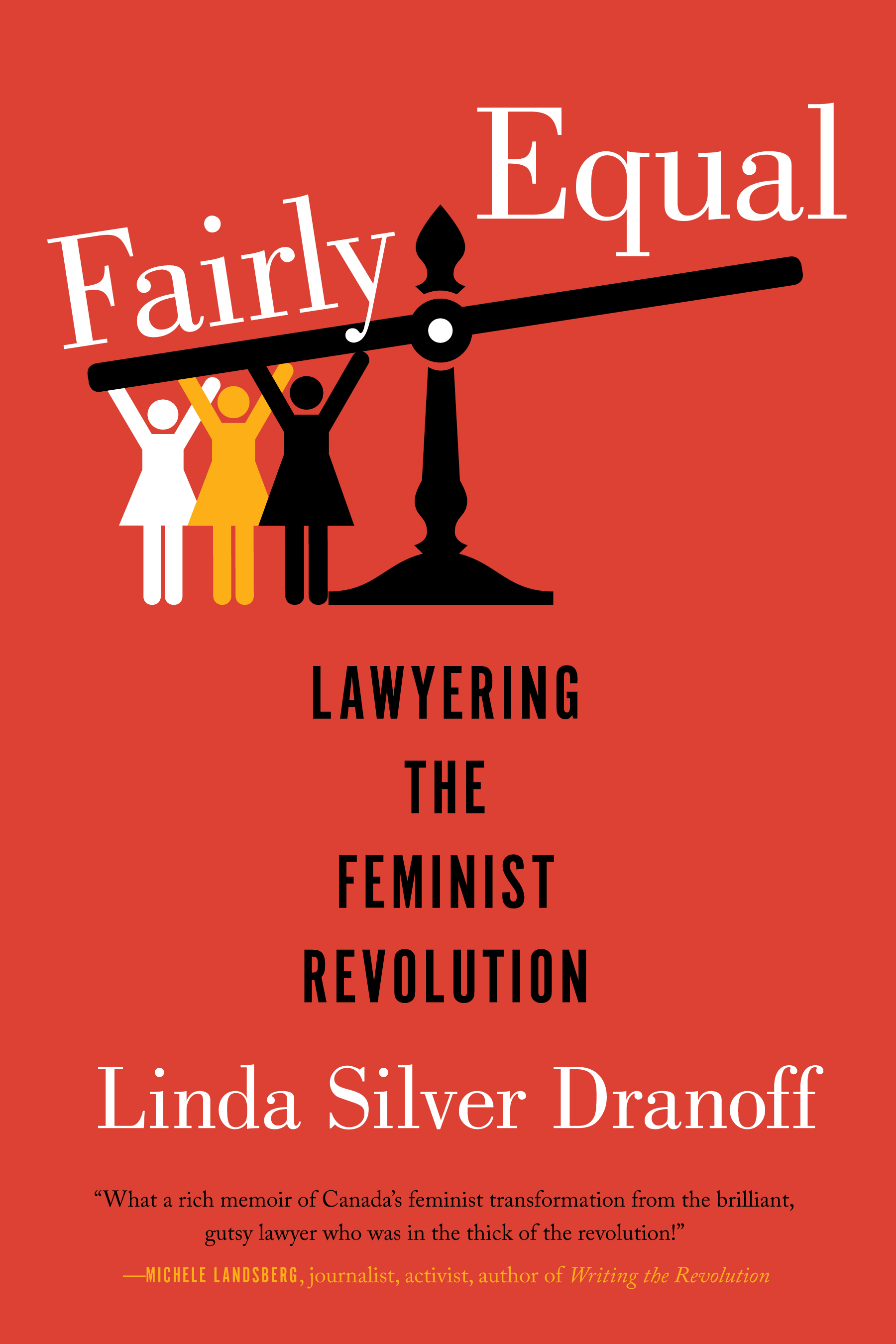 I am writing this for feminists—egalitarian women and men—of the present and future. Knowing what we faced, what we achieved, and how easily it can be taken away hopefully will encourage vigilance and sisterhood and solidarity in those who follow us. It doesn’t have to be the way it was.

We came through the 1980s having achieved many advances for women in the law. But it became increasingly apparent that for every advance, there was a retreat, for every achievement there was a need to be watchful to ensure that the gains were enduring. The examples closest to my daily life were in family law. After the Family Law Act became law in 1986, I set about using it as a tool in my daily practice. It did not take long to experience the resistance of some spouses and their lawyers, and even a few judges, which made me realize that the battle for equal sharing of family property was far from over. It had just moved to a different battleground.

Once the law was in the wind, some wealthy spouses turned to lawyers and accountants to find a way out of sharing with their wives. Some recommended transferring assets into a trust and naming the children as beneficiaries and the husband as sole controlling trustee. Others came up with inventive interpretations of the FLA, finding or creating loopholes in the law that might intimidate the other spouse into backing off. Some lawyers failed to even acknowledge the law. Others found lawyers who were willing to use the legal process as a sledgehammer to slow down and make torturous the inevitable, hoping their client’s wife would give up either in exhaustion or after having spent all of her money on legal costs.

Since 1989, the goals and efforts of second-wave feminism were to sustain the legal and societal advances we had made and the organizations that gave our movement the structure and support to carry on. We were learning how politicians made promises they didn’t keep, gave funding they didn’t maintain, and passed laws they didn’t enforce. The accomplishments of one government could be removed by the next.

These are some of the lessons I learned by observing the political manoeuvring that seemed to surround and obstruct the laws and programs developed or promoted to achieve women’s equality. There were myriad ways in which women’s rights and needs and the laws protecting them were ignored, undermined, and subdued. Laws alone were never enough to ensure the relative permanence of improvements. A new government might reverse policies and programs that reflected the societal consensus under the prior government. Often the changes were ideologically driven, radical, and unilateral.

The techniques used to defeat the advances made by the women’s movement were sometimes blatant, but often they were very subtle and could slip by public notice. Opponents both within and outside government chose a variety of cagey paths: defunding, delay, diversion, resistance, rule-changing, destruction, and sometimes a combination of strategies.

One ploy often used by those in power is to leave a law or agency in place but cripple it by reducing its funding. Created by the Ontario Liberals in 1987 and improved by the NDP in 1993, the pro-active and effective Pay Equity Act and the Pay Equity Commission had decreased the pay gap between women and men. Then the Progressive Conservative Harris government undermined it by reducing funding for pay equity in the public service, which reversed the trend. The Service Employees International Union mounted a successful court challenge, but the government entered resistance mode and defied for a long time the court order to pay up.

Delay was another tactic used on this front. It took the Public Service Alliance of Canada thirty years to get its pay equity complaint against Canada Post heard—their eventual victory had been stalled by Canada Post’s appeals and then delays in paying what the court ordered. The case had been launched in 1983, and a victory was declared at the Supreme Court of Canada in 2011. It took another two years before Canada Post started to pay the affected women workers or—given the passage of time—their estates; the process is ongoing.

I encourage women to keep working for real reforms, such as a national plan for universal and accessible child-care programs and facilities, full access to abortion, practical help and legal assistance for women suffering violence, and financial support for the centres caring for them, pay and employment equity in all sectors—including independent contractors and precarious workers, more feminists in politics and on corporate boards, access to legal justice, and more.