At this Ontario farm, Canadian veterans are taking control over their own healing

‘Broken’ after his discharge from the army, ex-paratrooper Eric Coupal founded the Quartz Ridge Sanctuary, near Sudbury, to help his fellow vets
By Claude Sharma - Published on Jun 15, 2018
Retired sergeant Eric Coupal tends to one of his three horses. (Claude Sharma)

HAGAR — The army was Eric Coupal’s life, and leaving it wasn’t his choice.

Coupal is a retired paratrooper who signed up as a reservist at the age of 16. He served seven tours overseas, in Afghanistan, Bosnia, Kosovo, and Sri Lanka. He suffered a number of combat injuries during his two-decade career, including head trauma when his light armoured vehicle hit an improvised explosive device in Afghanistan.

Yet it was an incident closer to home that ended Coupal’s army career.

Eight years ago, Coupal’s parachute didn’t deploy properly in poor weather conditions during a training exercise in Petawawa. He fell several hundred feet, hitting the ground and shattering the left side of his body. He had crushed bones in his foot; he sustained fractures to his tibia and femur, and a cracked hip. His foot had to be surgically reconstructed. Today Coupal walks with a noticeable limp.

In the aftermath of that incident, scans revealed he had ruptured blood vessels in his head and had scars on his brain, indicating concussions from past injuries. “At that point they said, ‘You are done, you’re too broken,’ ” says Coupal, 41. He was eventually discharged in 2014. He says he’s still suffering physically and mentally from his wounds.

“I got released and here I am now.”

“Here” is the Quartz Ridge Sanctuary, a farm located in Hagar, about 50 kilometres east of Sudbury. The former soldier runs it with help from volunteers. Over the last couple of years he has invited veterans suffering from post-traumatic stress disorder (PTSD) to come and work with bees, horses, and other animals. The property stretches across more than 200 acres (80 hectares).

“It’s a retreat for us to come together, reconnect, and unwind without any outside influence,” says Andrew Murphy, who served with Coupal in Afghanistan in 2010 with the 2nd Royal Canadian Horse Artillery. The corporal anticipates he will be medically discharged from the army in August. He now serves as a board member at Quartz Ridge.

“Veterans have a hard time transitioning back into civilian life,” Murphy says. “And if we can ease this transition through this program, I think it is a huge positive and a great step forward.”

What’s driving Coupal is a desire to fix what he calls a “broken” system for helping veterans make the transition back to civilian life, especially those with PTSD and other medical challenges.

“When you sign the dotted line to serve the Crown and your country,” Coupal says, “in that contract, it is stated that if you are injured or if you die, you and your family will be taken care of.” But when a veteran tries to receive benefits for injuries, he says, “there are all these bloody loopholes.” 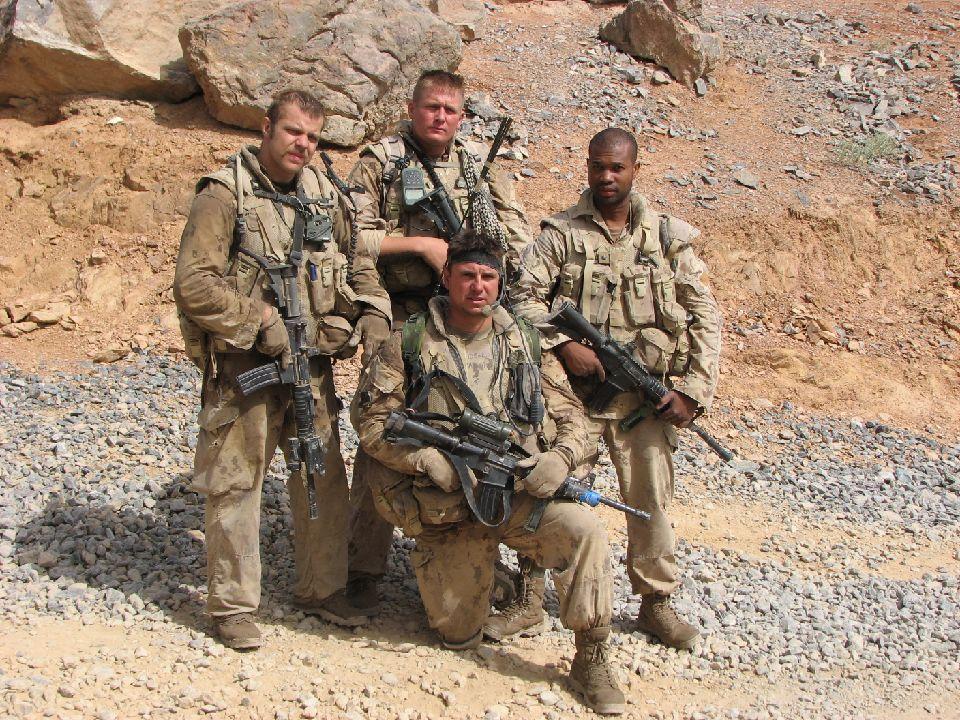 Coupal is angered by the suicide of his best friend, an armored crewman who was stationed in Alberta. Coupal says retired corporal John Unrau was suffering from PTSD, and had requested a move closer to home so he could be with family and friends in the Sudbury area. According to Coupal, Unrau’s request wasn’t accommodated. Coupal says the refusal caused Unrau’s mental state to worsen. He died by suicide in 2015.

“The system is designed to fail us,” Coupal says. “It’s the bureaucratic bullshit in Ottawa — that’s the issue.”

A conversation at Unrau’s funeral inspired Coupal to take action. He and a few fellow servicemen spoke about issues they had endured after their release from the army, including trouble securing benefits and making living arrangements. They believed that in order to make an adjustment to a healthy civilian life, they would have to help each other out. The idea for Quartz Ridge was born.

In a statement to TVO, the Department of National Defence says the Canadian Armed Forces’ transition process for retiring service people “is being expanded and reinvented to ensure that members receive the professional, customized and personalized support they need … This includes support for easier access for mental health services.”

With regard to suicide, Veterans Affairs Canada says it is taking steps to prevent more deaths. Late last year, the department responsible for the welfare of veterans released its first-ever comprehensive analysis of suicides involving former service people. The study, which looked at the records of 200,000 Canadian Forces personnel who served between 1976 and 2012, showed that veterans take their own lives at a significantly elevated rate.

Also last year, Veterans Affairs and the Canadian Forces introduced a Joint Suicide Prevention Strategy. Among other measures, it makes psychological evaluations mandatory upon discharge from the military. Previously, an exit evaluation had been voluntary.

“We realized one of the concerns was the critical period of transition when a person is leaving the military, what we call the military-to-civilian transition period,” says Dr. Alexandra Heber, chief psychiatrist for Veterans Affairs Canada.

Dr. Heber admits the federal government could be doing a better job helping ex-service people adjust to life after the military, and she applauds Coupal’s efforts to build an independent resource in Quartz Ridge Sanctuary.

“There is something about being able to talk to a person who has walked in your shoes,” Dr. Heber says. “Nothing can replace that. … When you have peer support that works together with treatment and care I think it’s a very powerful combination.”

Back at the farm

Coupal has accepted more than a dozen people to Quartz Ridge since opening the doors to guests. Some participants have come by for a matter of hours, but even that amount of time is enough to lead to big changes, he says. “Everyone that I have had come out has done [180-degree turnarounds] in their lives already.”

Eventually, Coupal would like to develop a structured six-to eight-week treatment program at the farm. A health team led by Keith Klassen, a registered rehabilitation psychologist in Sudbury, would evaluate PTSD sufferers.

(In a statement to TVO, Veterans Affairs said the department “is continuously working to limit the paperwork burden for veterans,” and, based on their feedback, has “made recent improvements to numerous medical questionnaires, reducing the length of each form by more than 50 [per cent].”)

Coupal is the first to admit his project is a work in progress. He’s living off his military pension, and has paid out of his own pocket — including cashing out his RRSPs — to build Quartz Ridge to this point. His expenses have included renting and purchasing equipment, clearing fields, and building stables for his horses. More needs to be done, and it will all cost money. Donations and cash from fundraisers have come in; securing grants is more complicated. Ideally, the plan is to build lodges to house four people at a time, a garage for storage, and a more up-to-date stable. Ensuring all the structures are up to code could cost hundreds of thousands of dollars.

But as a former career soldier, Coupal thrives on tending to responsibilities. When he was a sergeant, he was in charge of 140 men. Now he looks after three dogs, three horses, and two cats. He’s more than fine with that. “If I didn’t have this farm and didn’t have this program for me to keep me going,” Coupal says, “I would go nuts.”

For readers who may identify with the topics discussed in this article, the Lifeline Canada Foundation’s website includes links to free counselling and other services, including programs geared toward veterans. For more information about visiting or staying at Quartz Ridge Sanctuary, visit its Facebook page or email quartzridgesanctuary@gmail.com.

Environment
‘Use your voice’: A teen climate activist on fighting for change
TVO.org speaks with 14-year-old Sophia Mathur about the federal election, her lawsuit against the province, and what you can do to help the planet.
Sarah Trick