By Carla Lucchetta - Published on May 06, 2016
Teva Harrison's graphic memoir is a realistic look at living with cancer, told with guarded, but unfailing hope. (Photo by David P. Leonard)

A book launch is an exhausting yet exhilarating night in the life of any author, and Teva Harrison’s was no exception. In the ballroom of Toronto’s Gladstone Hotel on Wednesday night, she made her way through a crowd filled with family, friends and admirers of her art, writing and infectious warmth.  She greeted, hugged and made a personal connection with as many of them as possible. 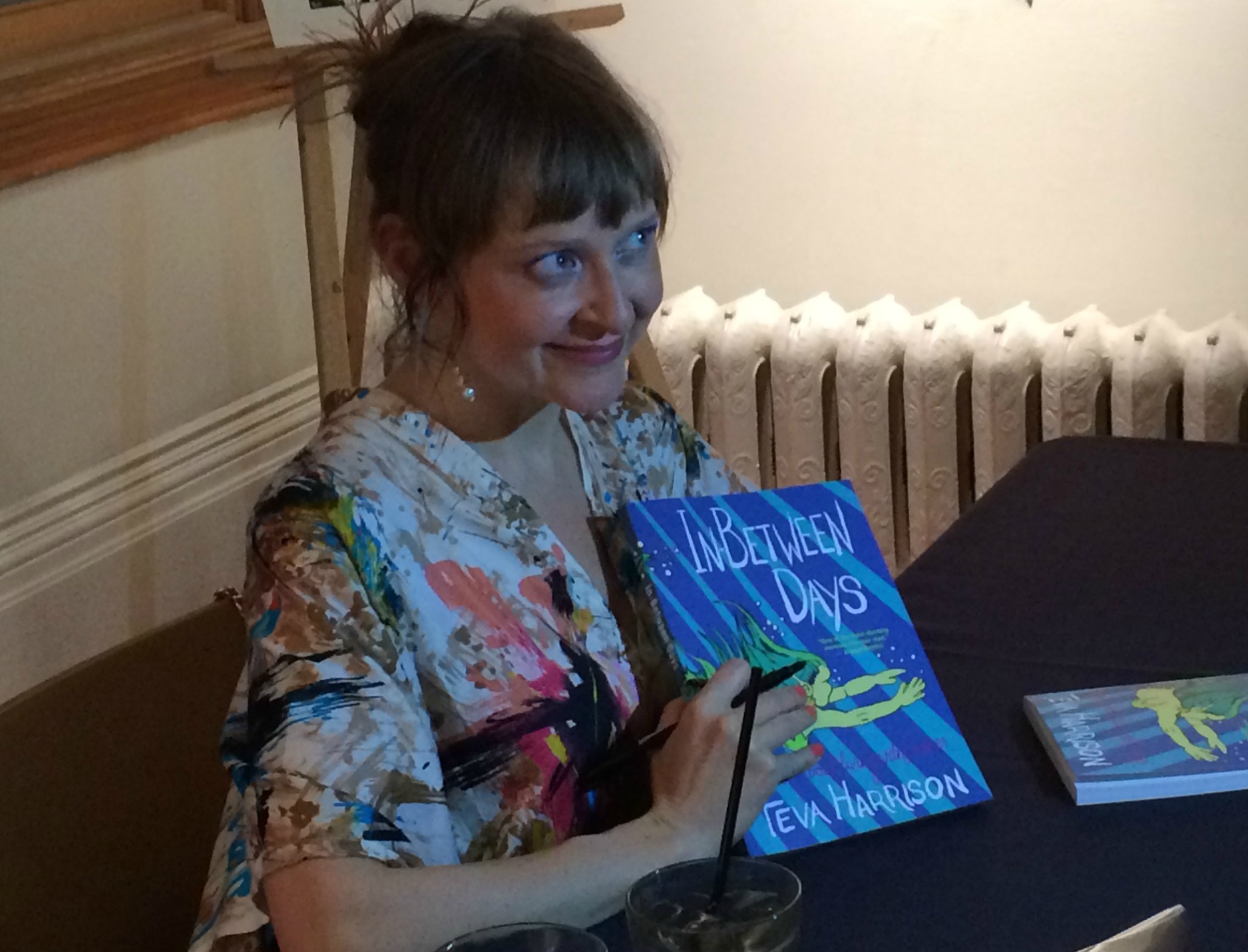 After a brief on-stage interview Harrison moved to the second floor to autograph books, as a line formed across the room and wound down the stairs — one that would take over an hour to get through, with the chit-chat, personalized book signing, and photo-taking.

Through it all her genuine smile never wavered and, if you hadn’t already read In-Between Days: A Memoir about Living with Cancer (House of Anansi), you would never detect that Harrison lives with incurable metastatic breast cancer.

Diagnosed two years ago at 37, Harrison’s cancer symptoms began with excruciating back and hip pain — the kind of ailment she passed off as typical muscle or joint pain associate with sports or age.  A couple of months later, she discovered a lump. After a mammogram and biopsy she was called in and given the difficult news that she had stage three breast cancer, also involving lymph nodes. With a subsequent bone scan, the diagnosis escalated to stage four.

“[W]hen your cancer has already metastasized to remote parts of your body, by the time it’s identified, you learn a different story,” she writes. “You learn that the horse has jumped the gate, so to speak; the cancer is already in your bones. Then you hear the chilling words, ‘We are no longer looking for a cure.’”

Harrison and her husband shared the news with a few close people before she retreated into stunned fear.

As a way of tamping down that fear, of distracting herself during days of pain and fatigue, she fell back on her art and began drawing pictures describing what she calls “living alongside cancer.” During her on-stage interview with writer/broadcaster Rachel Giese at the Gladstone, Harrison said, “I timidly showed sketches to friends I’d met who live with cancer.” Through their reactions she began to see that the more taboo aspects of cancer and its treatment side-effects — the waning libido and painful sex, the change in bodily functions, the inability to sleep or get out of bed, the loss of her sense of self — were important to help others feel less alone. She'd looked for these types of discussions in books and, not finding them, began to write her own, expanding on the drawings with brief essays. 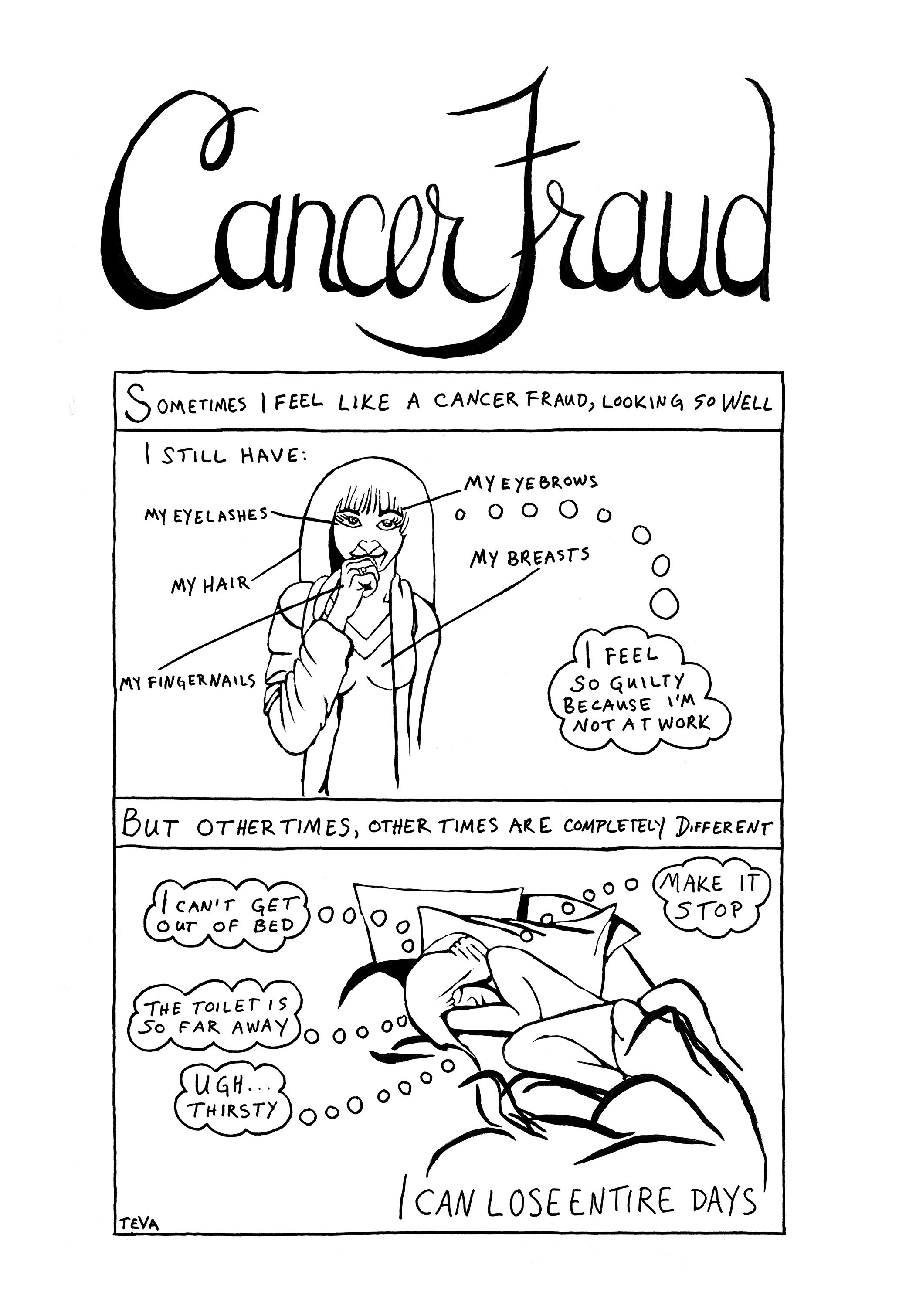 Breast cancer in younger women can be aggressive and advance more rapidly. According to the Canadian Breast Cancer Foundation, 22 per cent of cancer-related deaths are due to breast cancer in women age 30 to 59. A metastastic breast cancer prognosis is typically two or three years. Add to that Harrison’s family history — she’s lost grandparents and aunts to cancer – and the higher instances of it among her Ashkenazi Jewish heritage (about a 1 in 40 is likely to carry a mutated gene that could lead to cancer), and you’d expect a person to feel absolutely sunken and take to her bed.

Sometimes she does. Other times she relies on her creativity, life-long zest for life and compulsion to share her unflinching look at the good and the bad of her cancer sentence.

She’s given a number of lectures and in the fall she’ll publish “The Joyful Living Colouring Book,” an idea born out of her love for drawing Arctic flowers and wildlife she saw on a trip prior to her diagnosis. Some may see adult colouring books as a passing fad but they are proving to be an ideal way to practice mindfulness.

Harrison participates in clinical trials for her hormone/endocrine therapy. Her hope is that if she can’t be saved, she can at least help lead to a better understanding of cancer progression and treatments. She has also had her ovaries removed, a surgery that thrust her into early menopause – something she feels is not discussed enough in a real way beyond stereotypes. 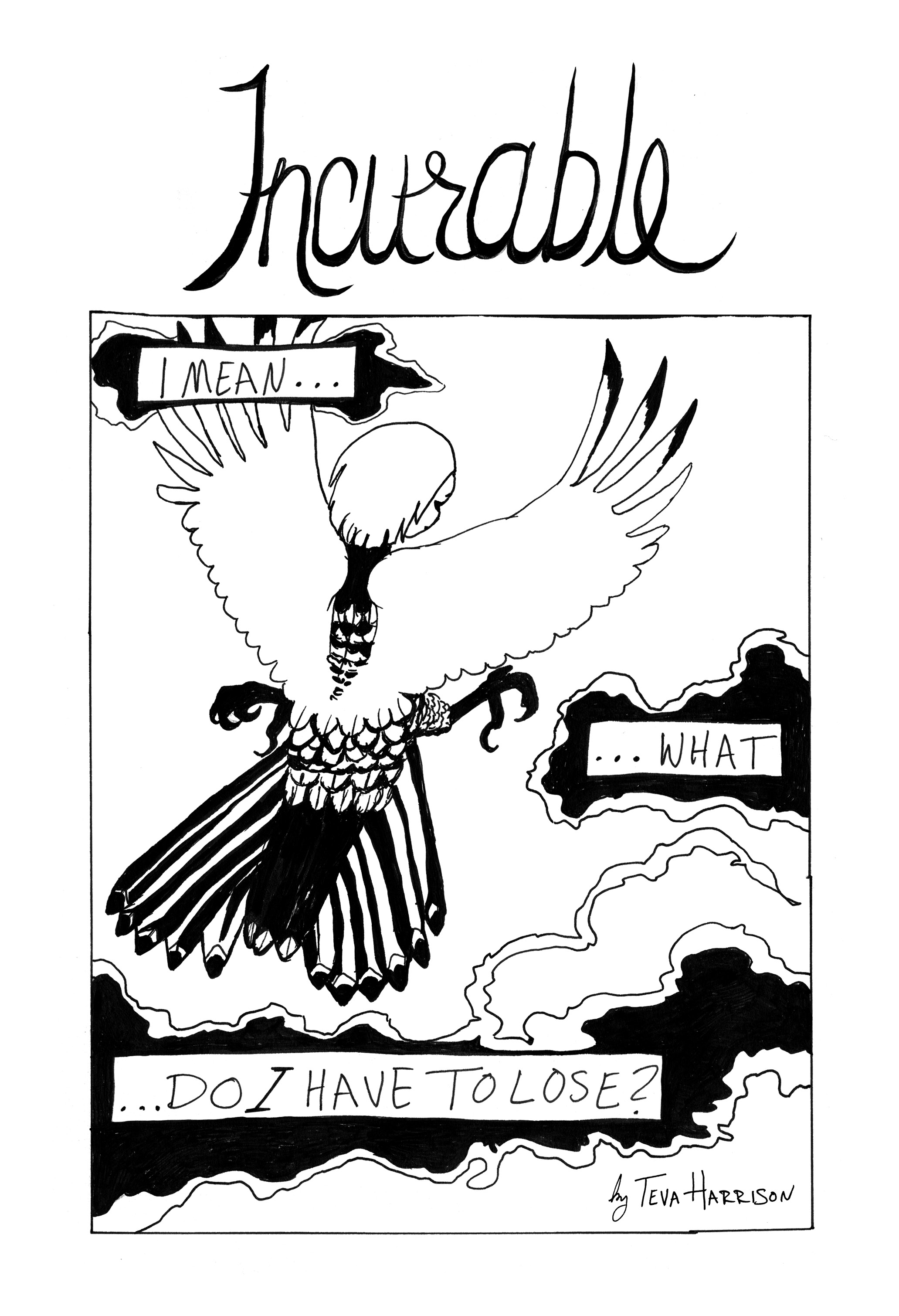 In a section of her book titled “Homework,” Harrison laments the loss of her sex drive, the pain of intercourse and the work she has to do in order to continue intimacy with her husband.

“Cancer doesn’t care if you want to have a baby and grow old with your perfect husband,” she writes.

Another reality Harrison addresses is the slow erosion of independence, and the feeling of disappearing from view to occupy the “liminal spaces” of hospitals and waiting rooms. During a recent public lecture she advocates against allowing people with illness and disabilities to disappear into the margins. “When we get sick, we disappear. It’s not just that we go away. Our significance is in question, our place in society, as a worker, as an earner. Our very status falls from under. Without these things, the trappings of polite society, how can we even be seen? Do we still exist?”

Forced to “disappear” from the job she loved as a fundraiser for the Nature Conservancy of Canada, she carved out some work space at home to bring her graphic memoir to life.

Back at the Gladstone, to her audience of admirers she says, “It’s a strange little book and I’m amazed it exists.”

Reading In-Between Days and watching her celebrate its existence is to witness Teva Harrison taking the biggest bite out of life that she can, despite her daily reality and odds. “So, here I am,” she writes. “In treatment for the rest of my life. Really, what shouldn’t I do? What do I actually have to lose?”