Are Ontario’s hunting rules about managing wildlife or making money?

By John Michael McGrath - Published on Jan 19, 2016
Ontario's proposed changes to hunting rules would mean wolf and coyote season would be from mid-September until the end of March.

If adopted, changes proposed to Ontario’s hunting rules late last year would substantially increase the number of animals being killed in the province’s north and change who will be allowed to do the killing.

The government insists the changes are guided by public safety concerns and scientific wildlife management principles. But the people who stand to benefit most from the relaxed hunting rules say the changes will be a substantial boost to northern Ontario tourism and the government knows it.

“We’ve been able to raise those points with the current government, and they really seem to be getting it—it’s really encouraging,” says Laurie Marcil of the Nature and Outdoor Tourism Ontario. “It’s nice to know the tourism business matters to the government, definitely.”

The spring bear hunt, reinstated as a limited two-year pilot in 2014, will be expanded to cover the entire north of the province and will be opened to hunters from outside Ontario for the first time since the spring hunt was closed by the Progressive Conservative government in 1999. At the same time, the financial requirements for people hunting wolves and coyotes will be substantially lessened. The public comment period for the rule changes closed on Monday.

“The spring bear hunt is and always was a sustainable hunting opportunity. There’s conservation value to having a spring bear hunt, but there’s also socioeconomic benefits to the hunt,” says Mark Ryckman of the Ontario Federation of Anglers and Hunters. “Back in 1996 the spring bear hunt alone generated $40 million a year, disproportionately benefiting northern and rural communities.”

Minister of Natural Resources and Forestry Bill Mauro says that groups such as the federation were right when they predicted limiting the spring bear hunt to Ontario residents wouldn’t be very effective: historically Ontario hunters haven’t been as enthusiastic about the hunt as non-residents. So any effort to control the population—whether it’s chasing dollars or not—is going to have to rely on hunters from outside the province. That translates into tourism revenue.

Still, Mauro insists that the changes are to protect rural communities, not make money.

“This is absolutely rooted in our belief there are serious consequences from human-bear interactions,” he says of the expansion of the spring bear hunt. “There’s more than 80 municipalities across northern Ontario that support what we’re doing.”

On the wolves and coyote front, Mauro says the changes proposed are intended to help preserve the province’s moose population.

Environmentalists are extremely critical of the government’s moves, saying they’re anything but “science-based.”

“We’re left to try and guess what the rationale is,” says Anne Bell, director of conservation and education at Ontario Nature.

When it comes to bears, researchers play down the ability of hunting to reduce potential bear attacks. However, Ryckman disputes arguments such as  those from the Northern Policy Institute that there’s little public safety value to the spring bear hunt.

“Human populations in central and northern Ontario live in bear country,” says Ryckman. “There’s no single tool to eliminate human-bear conflicts … so the question is do we want to have as many tools available as possible.” One of those tools, Ryckman says, is the spring bear hunt.

As for the wolf and coyote hunt, “if it’s about the moose decline, there’s just no evidence it’s going to have any positive impact whatsoever,” Bell says.

She points to, among others, the government’s own research on moose predation by wolves. A report from the Ministry of Natural Resources notes that since wolves are pack hunters, the removal of one wolf from a pack won’t do much to protect moose.

“Only the removal of an entire pack can substantially reduce predation but this practice may not be ecologically or socially desirable,” says the MNR report. “Changing hunting and trapping regulations to allow more wolves to be harvested is unlikely to remove an entire pack.”

Nevertheless, Mauro argues that allowing more hunting of predators will be more effective than what the province used to do to protect declining moose populations: focus solely on restricting moose hunting.

“As a policy, it didn’t deal with the full breadth of variables that could be affecting those numbers,” he says.

The economic importance of hunting to the north is itself debatable: according to the most recent data available from the Ministry of Tourism, Culture, and Sport, visitors to northern Ontario spent $1.5 billion in 2012 but hunting and fishing made up a small fraction of that total. Big game hunting was an even smaller subset of that. Tourism is still a smaller employer in the north than mining or forestry, though broad estimates from the province say it creates around 15,000 jobs.

Marcil, however, says those numbers understate the importance of hunting, saying relatively small dollar amounts mean a lot more in the north.

“As far as what those dollars mean to our smaller northern communities, it’s pretty massive. Considering the number of operators in the business and the number of people it attracts, especially with new money coming to the province,” she says.

“One job in northern Ontario is important, 10 jobs is significant, and 50 is beyond significant,” says Al Spacek, mayor of Kapuskasing and chair of the Federation of Northern Ontario Municipalities. He says he thinks the government’s plans could add hundreds of jobs to the north.

“We’re relieved to see the government listen and act on opinions and input we have as northerners.”

Details of the new proposed rules include: 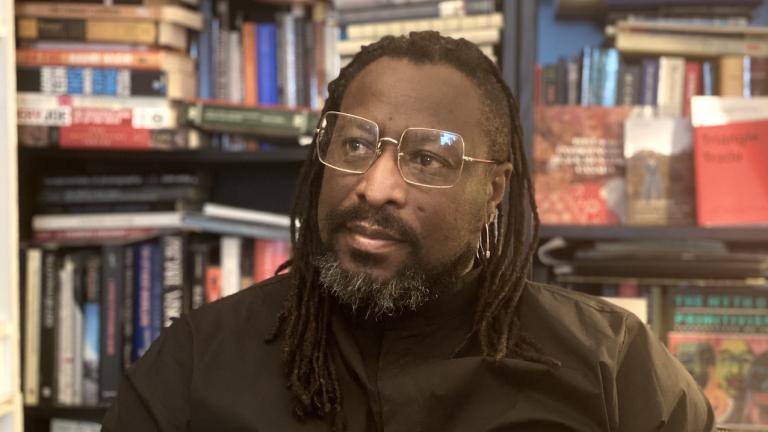