In the spring of 1973, I used to rush home from school so I could watch one of the most riveting daily offerings on television: the hearings of the Select Committee on Presidential Campaign Activities, a special U.S. Senate committee chaired by a genteel southern senator named Sam Ervin and tasked with investigating the Watergate scandal. (Yes, I was an odd duck even back then.)

The hearings had been spurred by the investigative journalistic efforts of a pair of twentysomething reporters at the Washington Post: Bob Woodward and Carl Bernstein.

Did their work and those Senate-committee hearings have an influence on me? You bet they did. Six years later, I got my first part-time job in journalism, as a reporter for CJJD-AM Radio, in Hamilton.

So you can imagine that, when The Agenda’s executive producer, Stacey Dunseath, asked whether I’d be interested in doing an onstage interview with Woodward in front of 1,000 people at the Mississauga Living Arts Centre, I paused for about a 10th of a second before responding: “Hell, yeah!”

Last Thursday, when I arrived at the auditorium, Woodward was already backstage signing copies of his latest book, Fear: Trump in the White House, which is the 75-year-old’s 18th. (Thirteen of those books have topped the bestseller lists, and this one, which has been available for only a few months, has already sold 2 million copies.) The combination of Donald Trump’s turbulent presidency and Woodward’s ability to get insiders to reveal what’s going on behind the scenes makes this a must-read.

After he finished his signing duties, Woodward and I sat down with his representative, Tony D’Amelio, for a private dinner. Talking to him, I quickly realized why Woodward has been so successful over the years: he has an insatiable curiosity.

Although I had a list of questions that I’d accumulated over decades in case just such a moment ever transpired, I found that Woodward was constantly asking me questions. And not just to make small talk — he wanted to know what the big issues were in Ontario and Canada, whether Justin Trudeau stood a good chance at re-election, and how Ontario’s Progressive Conservatives had managed to hold on to power during their 42-year-long dynasty, which lasted from 1943 to 1985.

When a waitress served us our next course, Woodward, noting her accent, asked where she had originally come from. Her answer, Bulgaria, elicited another volley of questions from the Washington Post’s most famous editor.

A little after 8 p.m., we hit the stage for a 50-minute Q&A about Woodward’s book. In response to one question, Woodward quoted people in the Trump administration using the kind of language that would’ve made George Carlin blush. When Woodward dropped the F-bomb, I turned to the audience and said, “How many of you thought you’d ever hear Bob Woodward swear in public?”

The line got a laugh, but Woodward immediately noted that he was simply repeating the language that he’d heard from interviewees — which also got a laugh.

In writing Fear: Trump in the White House, Woodward (as he does for every book project) interviewed insiders, outsiders, outsiders who know insiders — everyone, it seems, except the president himself. Woodward actually made public the recording of a conversation he had with Trump after the book was published, in which we discover that, although Woodward made multiple attempts to secure an interview with the commander-in-chief prior to publication, none of Trump’s staff bothered to take the request to him.

Perhaps the most memorable part of the evening came during the final 10 minutes. Woodward said that he’d never accepted at face value the story that Gerald Ford had pardoned his predecessor, Richard Nixon, of his own volition. He’d always assumed that there’d been some kind of deal between Ford and Nixon in which Ford guaranteed the disgraced Nixon a pardon, provided that Nixon resign his office, make Ford president, and thus spare the country a long and burdensome impeachment process.

Years later, Woodward said, he asked Ford for “the whole story” behind the pardon.

Woodward said he paused before telling the former president, “No, I don’t.”

Ford went on to confess to Woodward that, in fact, he hadn’t told the whole story. The whole story included a bid by Nixon’s chief of staff, Alexander Haig, to discuss with Ford what the vice-president might want in exchange for pardoning Nixon — a bid that Ford told Woodward he’d rebuffed right away.

If it ever emerged that Ford and Nixon had cooked up some deal to secure Nixon’s freedom, Ford told him, the stench of the Watergate scandal would become even worse.

Ford, Woodward said, was determined to turn the page on Nixon and establish a greater sense of ethics in the White House. So he pardoned Nixon, knowing that doing so would likely cost him the 1976 election. The pardon was unpopular with the American people, many of whom wanted to see Nixon get his just deserts. But Ford put what he saw as the nation’s interests ahead of his own. In fact, Ford did lose in 1976, to Jimmy Carter, but secured a place in history as one of the most honourable men to have occupied the Oval Office.

“Gerald Ford was awarded the John F. Kennedy Profile in Courage Award by the Kennedy family for this selfless gesture,” Woodward concluded. You could hear a pin drop in Hammerson Hall — followed by applause for a story well told.

As we walked off the stage, I said to Woodward, “I hope this won’t sound too sycophantic, but that was one of the greatest nights of my life.” The author smiled and said that he’d had a good time, too. We then went to a post-show reception, the highlight of which, for me, was having my picture taken with Woodward. I was holding his book on Trump, and he was holding my book on former Ontario premier John P. Robarts. Bob Woodward, holding a book of mine.

Now that picture is a keeper. 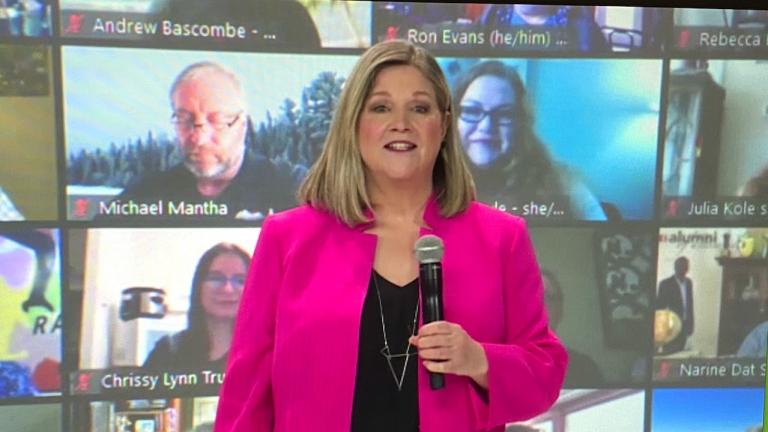 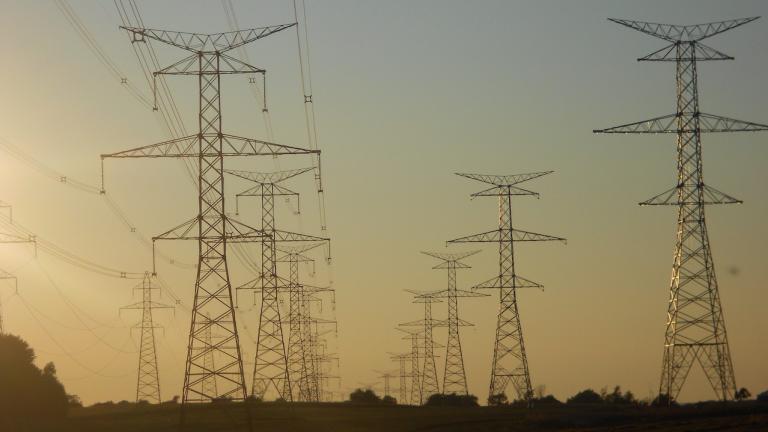