By Liane Kotler - Published on Jul 25, 2016
'I supported my husband as he built up his following, to the point where Twitter co-founder Jack Dorsey now follows him.' (Twitter.com)

These are the deep ontological thoughts I had recently, as my husband and I set out to draft our wills. Here’s what’s on the last page of the informational booklet we were given:

I have 163 Twitter followers.  My husband has just over 100,000.  So, when I tweet something that needs attention, I text my husband: “Honey, please retweet my tweet.” I’m lucky through marriage to have an impressive soap-box amalgam.  If James died, where would all those Twitter followers go?  That’s why widowhood frightens me. If the unthinkable happens, that James goes before me, can I inherit his Twitter account?

I think of myself as an independently minded woman, and by all accounts (pun intended) I am.  But, when it comes to social media and Twitter in particular, I’m more Betty Draper than Betty Friedan.  Both my husband and I work in media: he runs a boutique company that produces commercial and entertainment content, and I produce editorial content for TVO. Consequently, as I lean on my husband, I ask myself: am I a Twitter co-dependent?

As an estate lawyer and managing partner at Toronto law firm Hull & Hull, Suzana Popovic-Montag handles plenty of digital property inheritance questions. I recently went to her for some advice on the issue of social media inheritance. “While the number of followers of a certain account may be something that someone would like to pass on,” she says, “this is not typically an option when it comes to personal accounts, due to the user policies that we all agree to when registering for a service.”

OK, but if we jointly agree that I could continue to tweet as @JamesStewart3D, could I? What’s the policy there?

Popovic-Montag explains that Twitter will work with a designated family member to deactivate an account, but doesn’t provide access to a deceased user’s account to anyone, regardless of their relationship. This is why a last will and testament is so important, she says. Otherwise, no tweets from beyond the grave unless I want to pull a Weekend at Bernie’s.

There is another option: it’s a form of Twitter taxidermy called LivesOn. This program uses an algorithm that analyzes a user’s post history and, after being notified of the user’s death, composes periodic posts using a similar vocabulary and sentence structure. The LivesOn site declares; “When your heart stops beating, you’ll keep tweeting.” That is weird. This form of a digital legacy may work for some, but LivesOn is as appealing to me as necrophilia.

Yet there is plenty of life after death on Twitter. Ask best-selling romance author Jackie Collins, the very dead but still very vocal Twitter user, about moving books. Or Michael Jackson, dead since 2009, who still tweets to his almost two million followers. Joan Rivers died in 2014, but is tweeting through her daughter, Melissa.  And then there’s Chaz Ebert, who on her husband Roger’s last request still tweets from the late film critic’s popular account.

If James went tomorrow, I’d like to continue the Twitter clout he cultivated over the years.  His following took a quantum leap when he spoke about digital innovation at the TED conference in Long Beach, wowing audiences at the Cannes Lions International Festival of Creativity in France, and appearing at AdWeek’s FFWD Conference in Toronto. Other followers were drawn in as he toured his short animated film Foxed! worldwide, or took notice of his company’s commercial work for global brands. As James frenetically captured the commercial value of Twitter, I relaxed as a stay-at-home Facebooker, connecting with childhood friends long-forgotten. 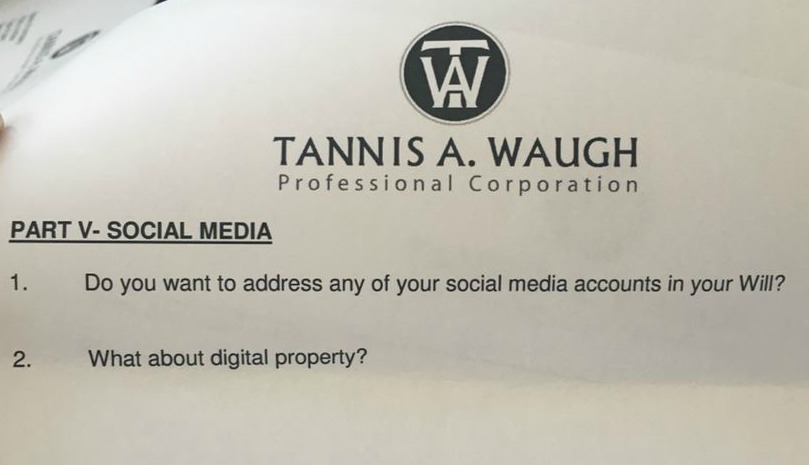 James and I married before Twitter was invented, and I supported my husband as he built up his following, to the point where Twitter co-founder Jack Dorsey now follows him.  Dorsey also happens to be the founder and CEO of Square, the mobile payment company. When a close colleague and small business owner was having a financial meltdown over a substantial non-payment from Square, James swooped in like a super-hero, tweeting at Dorsey directly:  “@Jack I have a @Square fail. Need phone#. Who do I call? Nobody pics up the 888#!”

Dorsey’s response was immediate.  Bankruptcy averted.  Gallant Twitter prowess proven. That moment was an epiphany for me. An individual with robust Twitter numbers and serious followers has a power once reserved for large media corporations, world leaders, or the super rich — and James is none of the above.

“Whether part of a couple or not, it is important that information is provided to our survivors to ensure that any access to digital accounts and information that we want to be preserved is facilitated.  User accounts are typically restrictive and the law has not yet reached a point (in most jurisdictions, anyway) where someone authorized under a last will and testament to administer digital assets will necessarily be permitted to do so without the need for the intervention of the courts,” Popovic-Montag says.

Delaware is the first state in the United States to pass a law giving the family of the deceased access to social media and other accounts as though they were any other form of property, making digital the physical. Minor detail: Delaware has one of the smallest populations of states in the U.S. at around one million, so the effects of this law are not far-reaching. Canada doesn’t have such a law, so it could be a long while before I could wrestle tweets from the cold, dead hands of my beloved.

So in the meantime, here are some issues to keep in mind.

It’s time to stop the catastrophizing and live in the now since @JamesStewart3D is still very much alive.

Social media has changed our perceptions of ourselves in myriad ways. I’m in the process of bridging the Twitter follower gender inequity gap, and am limiting how it defines our coupledom. Healthy competition between spouses is admirable, but where do I put my social media envy?

For now, I leverage it: shamelessly, for the public good at an organization that understands the power of educational outreach. Whether that outreach comes from an early adopter or his Twitter-dependant spouse, does it really matter?

Society
Fighting the Spread of Child-Trafficking Conspiracies
How are efforts to fight human trafficking being compromised by dangerous conspiracy theories? And what motivates people to believe in such disinformation? 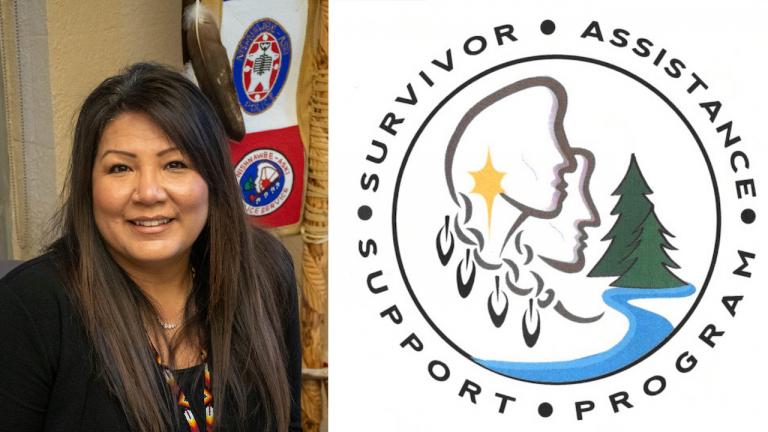