‘A shining light in a dark valley’: Parents fight to save a school for autistic kids

Since 1995, the York Region District School Board has partnered with Thornhill’s Giant Steps, a school and therapy centre. Now the board says the agreement is ending — and families worry kids will lose vital supports
By Meagan Gillmore - Published on Nov 20, 2020
As of November 20, a petition to save Giant Steps had garnered 6,730 signatures. (Facebook)

Kelly Seow is spending this school year fighting for her 10-year-old autistic daughter’s school to stay open next September.

Her daughter has attended Giant Steps, a school and therapy centre for autistic children in Thornhill, since kindergarten. Part of the York Region District School Board, it provides students with weekly, clinically supervised one-on-one speech, occupational, and social-skills therapy, on top of classes.

There’s a climbing wall and a kitchen/life-skills room, where students learn daily living tasks, such as laundry. Another space, outfitted with a padded floor, a disco ball, a bean-bag chair, and interactive mobiles, helps with children’s sensory needs. Some students, accompanied by staff, also attend integrated classes at neighbourhood schools.

The YRDSB owns the building and pays for two teachers, part of the salaries for some educational assistants, and utilities and maintenance. Yearly tuition is $7,000; the school hires professional fundraisers, and families are expected to participate in fundraising activities.

In January, the YRDSB notified the school that its partnership, which began in 1995, would end in June 2021 — and that the students would be moved to classes for autistic students in other YRDSB schools.

The decision is “devastating,” says Seow, a member of Giant Steps’ board. “I actually cry several times to think about how this is such a great program. It should be available to so many more kids. Instead, there’s no interest whatsoever in trying to expand it or make it available to others. I don’t understand why.”

As of November 20, a Change.org petition to save the school had garnered 6,730 signatures.

Seow’s daughter had attended junior kindergarten at a standard YRDSB public school before coming to Giant Steps. It didn’t go well, she says: her daughter, who wasn’t formally diagnosed for much of that time, was often sent home because school staff couldn’t support her. But she’s never been sent home from Giant Steps, Seow notes, and hasn’t needed any therapies outside of school.

She doesn’t know what will happen to her daughter if the school closes.

“That’s the million-dollar question,” she says, adding that she doesn’t want her daughter to attend a typical public school. She’s been considering homeschooling or whether the family can afford to enroll their daughter in a private school. “I don’t want her schooling experience to traumatize her ... She’s an amazing kid, and she deserves to be supported.”

According to Martin Buckingham, the school’s volunteer president, there’s no plan for the school to become private. “The current service-delivery model would have to shift dramatically,” he says, if the YRDSB partnership ends.

“We believe in public education,” he says. “But we also believe that public education has to be adaptable for best outcomes for students.” Private schools that offer similar therapy and programming options can cost between $40,000 and $70,000, he notes, adding that Giant Steps parents are “working-class parents” and that they can put funding received through the Ontario Autism Program toward tuition. The school has established a committee to examine its future options.

In a report presented to trustees at an October 20 meeting, YRDSB staff stated that, when Giant Steps first opened, schools hadn’t been equipped to support students diagnosed with autism spectrum disorder; now, the report says, the board has more than 3,000 students with ASD: “The students enrolled in the Giant Steps program do not have the highest needs represented by all students with ASD within the School Board. YRDSB successfully meets the needs of students with much higher needs and staff are confident that the needs of students enrolled in Giant Steps will be successfully met within our range of special education programming options.”

According to the report, the YRDSB contributes $822,061 to Giant Steps annually and provides $80,000 for utilities and maintenance; moving students to other schools will, the YRDSB estimates, cost approximately $100,000.

The eight-page report does not cite any research about outcomes for students at Giant Steps as compared to other YRDSB schools or include comments from families. (The YRDSB did not respond to TVO.org’s requests for comment.)

YRDSB is moving to end the partnership, it says, to “decouple the relationship with Giant Steps in order to enable equitable access to special education supports for all students.”

But parents are not confident their children will receive the same level of support at other schools.

“The difference is leaps and bounds,” says Alexander Repetski, whose eight-year-old daughter attended a typical public school for two years before switching to Giant Steps.

His daughter has now been a student there for three years. The school has been a “shining light in a dark valley,” he says, adding that the therapies she receives have “helped her become more interactive and functional.” His daughter, who is non-verbal, now sits still for extended periods of time and points to pictures to indicate what she wants instead of crying. “You can’t compare it to a special-education class within a typical school,” says Repetski. “The whole place is geared toward helping autistic kids.”

Repetski says he hasn’t seen any proof that the school board can provide his daughter with the same combination of direct therapy and academics. According to the report, “YRDSB does not provide therapeutic services to students; it provides educational services.” While the board does, it says, employ professionals and paraprofessionals, “it is to provide support and direction to educational staff to support student learning; YRDSB does not provide directly staffed therapy in its schools. Students outside of Giant Steps receive therapeutic services from third party providers not funded by YRDSB.”

At the October 20 meeting, the YRDSB indicated that it employs 12 board-certified applied-behaviour-analysis facilitators, none of whom provide direct therapy.

Barkaat Ahmad’s son attended a typical YRDSB school for Grade 2 in 2015-2016. His son was diagnosed with autism at age four. “I don’t remember him seeing a behaviour specialist even once throughout the school year,” says Ahmad, who says his son cried regularly after school during that time. “We never heard of speech therapy in the public-school system.”

His son, now 12 and in Grade 7, is in his fifth year at Giant Steps. He shows concern when others are in pain, and his academics have improved. “He now has the environment where he’s able to learn — he has learned how to learn, and the teachers know how to teach him,” Ahmad says, adding that, before the pandemic, he was at a neighbourhood school two days a week, giving him a “common connection” with students who don’t have ASD.

Paola Migliozzi’s older son, now 20, attended Giant Steps from kindergarten to Grade 3. After working with the speech pathologists, therapists, and teachers there, he switched to his neighbourhood school for Grade 4.

“I always felt like I won the lottery,” she says. “I saw some of the struggles that some of the parents outside of Giant Steps were having that I didn’t have. Giant Steps was a huge benefit to my family and my son to make sure he got the help that he needed.” The school board, she adds, “cannot provide” the same level of support.

Buckingham says that his son, a Giant Steps graduate, has received “zero” therapy in his high-school class, which is specifically for autistic students. “Equity does not mean equality of deprivation, which is exactly what we’re getting right now,” he says. “You’re taking an enhanced program away from kids that is evidence-based, that works, that is meeting the needs of kids with autism, and that cannot be made in the regular school board.” 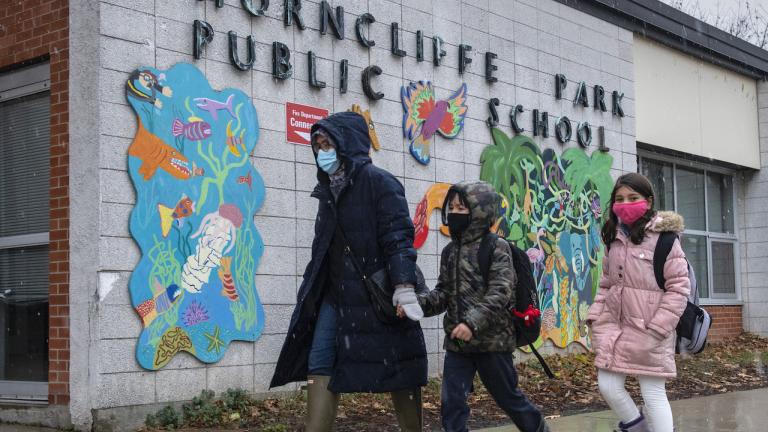 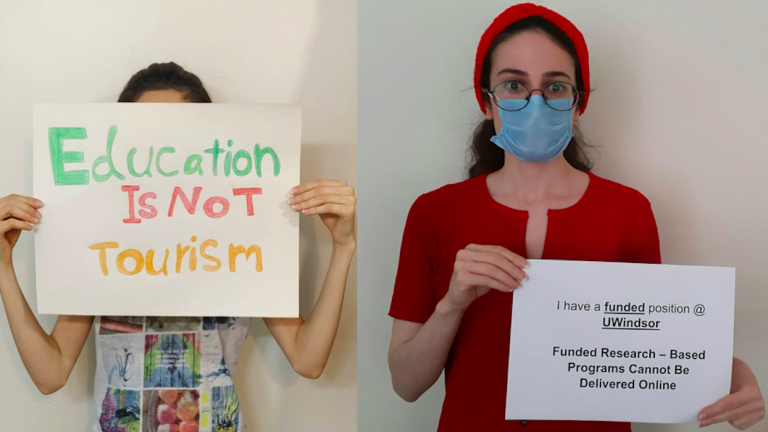