A missing heir, a tragic death, and a haunting on Manitoulin Island

Daniel Dodge seemingly had it all: love, money, and his whole life ahead of him. Fate had other plans
By Steve Paikin - Published on Aug 01, 2020
The author (left) with an image of the late Daniel Dodge. (Courtesy of Steve Paikin)

You may not think there’s any connection between one of the richest auto-manufacturing families in the United States and a tiny village on Manitoulin Island in the North Channel of Lake Huron.

But there is. There’s even a pandemic angle here, as well.

It started as a love story and ended in the tragic death of one of the scions of the Dodge-Chrysler fortune — a 21-year-old man who should have been enjoying his honeymoon and instead become the focus of an investigation into his disappearance and some shocking accusations to boot.

A century ago, the Dodge brothers of Michigan owned and operated one of the automobile industry’s most successful companies. But both John and Horace fell victim to the Spanish Flu in 1920 and perished. Their families sold the business and became wealthy. Eventually, in 1928, Chrysler bought the operation and incorporated it into its family of businesses, where the Dodge name has resided ever since.

Look at a map, and you’ll see that the west end of Manitoulin Island — the largest fresh-water island in the world — is a long stone’s throw from northeastern Michigan. Daniel Dodge, one of John’s six children, wanted a place on the island where he and his buddies could hang out. And, so, in the late 1930s, Dodge used his millions to create a summer pleasure palace in the outskirts of the tiny village of Kagawong, essentially in the middle of nowhere.

Daniel Dodge was 21, rich, and, it turns out, in love with a local Manitoulin Island telephone operator from nearby Gore Bay. Annie Laurine MacDonald was 19. Very much against his mother’s wishes (she thought Laurine, as she was known, was a gold digger), Daniel married Laurine in Michigan in August 1938.

This is where the love story turns tragic.

Not even two weeks after their nuptials, Daniel and Laurine were at their Manitoulin Island compound when Daniel saw some of the hired hands horsing around with some sticks of dynamite, which were there to clear the trees for the estate’s buildings, tennis court, and parking lot. The men were in the garage, lighting the dynamite, then throwing it out the window and getting their kicks from watching the ensuing explosions.

Daniel thought he’d give it a try. Laurine watched from nearby. But his throw misfired, hit the window’s edge, and bounced back at him. The explosion left him and another of the hired hands close to death.

Perhaps because the roads back then would have been so bumpy, the decision was made to get the injured men to Dodge’s boat and go to a medical centre to the east, in Little Current, the island’s biggest city. (Today, its population sits at 1,600 — no doubt, it was a fraction of that more than eight decades ago.)

Laurine, who had also sustained injuries in the blast, drove the 250-horsepower Lodge Torpedo speedboat. But the rescue mission was doomed. The North Channel waters can go from smooth as glass to metre-high whitecaps literally in minutes, and such was the case on that occasion. After two hours of making little progress on the water and feeling too weak to continue, Laurine asked one of the other men to drive. Almost immediately, Daniel fell overboard and disappeared. A 10-minute search ensued, but the group gave up in order to continue to Little Current and seek treatment for the other injured parties.

Dodge’s disappearance was front-page news in the United States. His stepfather offered a $1,500 reward for anyone who could find his body, and plenty of fishermen took to their boats in hopes of cashing in. More than three weeks later, two fishermen accidentally found Dodge’s body, washed up in Honora Bay.

Two months later, a coroner’s inquest concluded that Dodge’s death had been due to accidental drowning, but that didn’t stop the vicious gossip that alleged foul play. After all, Laurine did inherit $1.25 million.

Regardless, the talk was hurtful enough that Laurine left Manitoulin Island. She would marry twice more: the first, brief, relationship was with a plastic surgeon who had helped her recover from her injuries; the second marriage, to an American army captain, was longer and, by all accounts, happy. The couple eventually settled in California and had a family. Laurine’s visits back to the island were few and far between. She died in 2003.

Whatever became of the Dodge estate on Manitoulin Island? Well, for the longest time, its contents remained, but it sat empty of inhabitants. A couple of decades ago, a local couple bought it, renamed it the “Dodge Lodge” and ran it as a bed-and-breakfast for a while before selling it to a couple from Newmarket who were intrigued by the estate’s history.

While the original buildings (including the ill-fated garage where the accident happened) are all still intact, they do look tired. Back in the day, there were two full-time caretakers living on the property and ensuring its upkeep. The current owners muse about the prospect of a studio making a movie of Dodge’s life: maybe filmmakers would invest in an upgrade to the place, restoring it to its 1938 grandeur.

How did I find out about the tragic story of Daniel Dodge? Pretty simple. My own cottage is a five-minute walk away. My wife and her siblings used to play at the Dodge estate as children, when the place was abandoned. (I’m hoping the statute of limitation on trespassing has run out, more than four decades after their transgressions!)

Meanwhile, Dodge’s front-page headlines, along with other memorabilia from back in the day, can be seen in the Old Mill Heritage Museum in Kagawong. And, although I’ve never experienced it myself, locals here talk about strange noises — about the ghost of Daniel Dodge appearing at the Dodge estate.

History
Riots, dances, and parades: How Ontarians marked victory in Japan
After the news came in that Japan had surrendered, people across the province poured into the streets — and besieged police holed up in an LCBO.
Jamie Bradburn
History
Oka Crisis, 30 Years Later 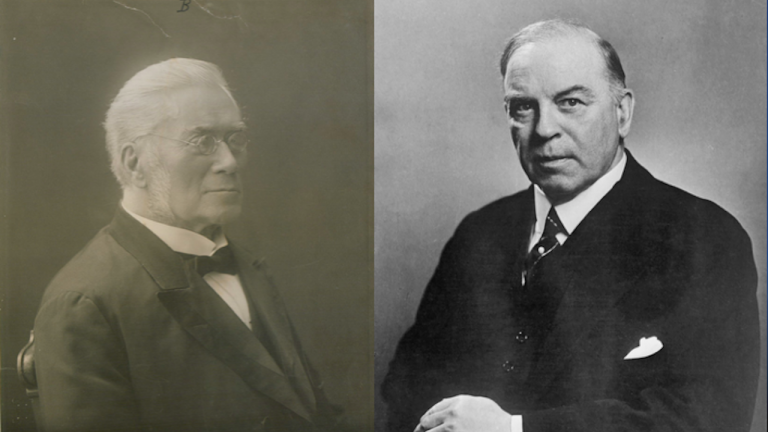 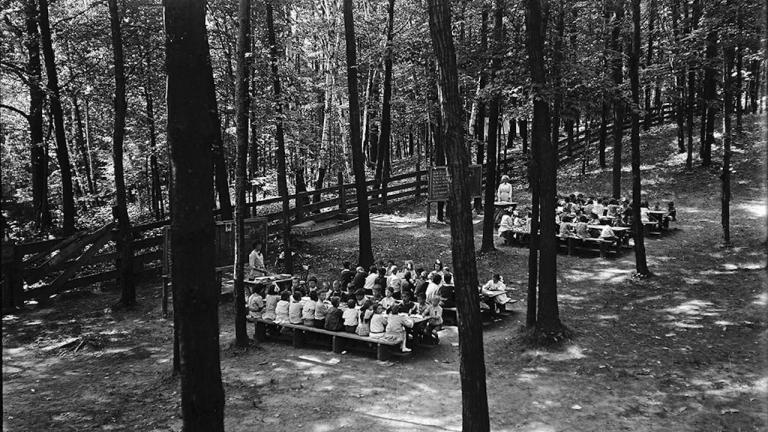