A former Canadian war correspondent examines how the 2001 invasion of Afghanistan has escalated into the turmoil we see today
By TVO News - Published on Aug 17, 2021
Watch the premiere on TVO September 8 at 9 pm, and stream it anytime after on TVO.org, YouTube or Roku.

World premiere airs on TVO on Wednesday, September 8 at 9 pm ET (repeats at midnight). Stream it anytime after on TVO.org and TVO’s YouTube and Roku channels.

As the Taliban seize control of Afghanistan, new TVO Original documentary Ghosts of Afghanistan offers a first-hand account of NATO’s failed attempt to bring democracy and women’s rights and freedoms to the country. How has the war impacted Afghanistan in the 20 years since 9/11?

Former Globe and Mail Canadian war correspondent Graeme Smith takes viewers on a quest to uncover what went wrong with the war and the behind-the-scenes struggle for peace in the world’s deadliest conflict.

“TVO Original Ghosts of Afghanistan highlights the tragic gap between Canada’s stated motives in participating in this prolonged war and the actual impact it had on the Afghan people,” says John Ferri, VP of Programming and Content at TVO. “As we see reports of the Taliban’s rapid expansion and escalation of violence in Afghanistan today, Smith’s voice is crucial for understanding how the war has compounded many of the problems it was purported to solve.”

“As one of Canada’s most distinguished foreign correspondents, Graeme is uniquely positioned to take us on this journey,” says Ghosts of Afghanistan director, Julian Sher. “He started like most of us, full of idealism and hope, then saw the worst of the war and indeed helped expose some of the dark abuses and ugly compromises we made.”

After joining the U.S.-led invasion in 2001 to topple the Taliban regime, Canada took command of the NATO operations in 2006. It was the country’s biggest deployment since World War II, and one of its bloodiest — 158 Canadian soldiers died and at least 2,000 were injured.

Smith spent most of his professional career in Afghanistan. After Canadian troops withdrew in 2011, he stayed on to work for non-governmental organizations and the UN. He is the author of the award-winning bestseller, The Dogs Are Eating Them Now: Our War in Afghanistan.

Co-produced by TVO and Galafilm Productions and distributed internationally by JavaFilms, Ghosts of Afghanistan offers a unique opportunity to go on a journey with Smith and meet Afghan men and women who share their hopes and fears for the future.

For the Afghans featured in the film, the war has been a disaster:

TVO Original Ghosts of Afghanistan travels deep inside Taliban territory to catch a glimpse of their growing control over the country and speak to top Taliban leaders at the peace talks in Doha.

“This is one of the poorest countries in the world. The drug trade, stolen aid money, and all kinds of schemes have made Afghanistan one of the world’s most corrupt countries,” says Smith. “A problem so big, so obvious, that government leaders don’t really try to deny it.”

The current turmoil and uncertainty in Afghanistan make it hard to hope for peace. But after years of reporting in the country, Smith discovers the people of Afghanistan are less interested than ever in fighting the “forever war.” The question now is whether the Taliban shares this appetite for peace.

New TVOkids Original 'Step by Step Let’s Dance' spotlights fresh moves
From breakdancing to Bollywood, country to K-pop, dancers explore the world of movement as they mash up a variety of dance styles like ballet with breakdancing and disco with finger-tutting.

Remembering William Davis 1929-2021
Statement on the passing of the Honourable Bill Davis, former Premier of Ontario 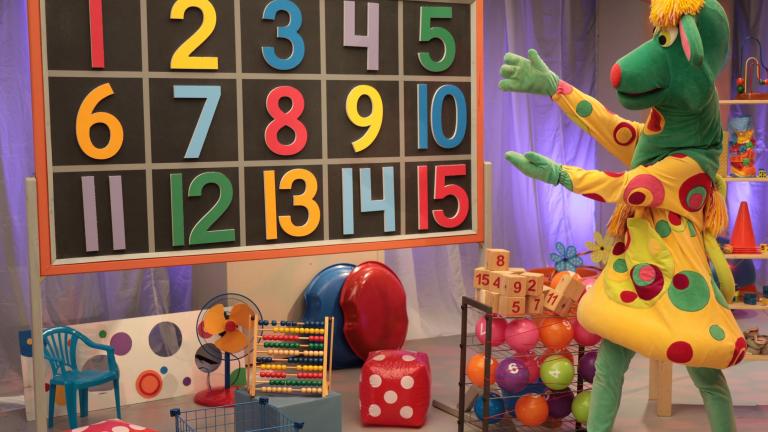