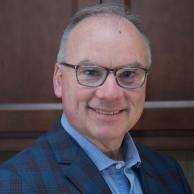 Steve Cassar has worked in television news for more than 30 years, getting his start as a reporter in newsrooms across Ontario and progressing into senior leadership roles.

From 2007 – 2013, he served as news director at CTV News, where he oversaw Canada's most watched local newscast, as well as special events and elections. Most recently, Steve held the role of executive producer of news and information at Sportsnet, where he helped grow the ratings of Sportsnet Central, the nightly news and information broadcast, into the most watched program of its kind in Canada.

Highly knowledgeable about all facets of news production, Steve is known for introducing best practices and spearheading positive, lasting change in news operations.