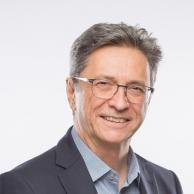 Previously, John held a number of positions at Toronto Star Newspapers Ltd. including Digital Editor responsible for thestar.com where he led the editorial production team and the content and editorial direction for one of Canada’s most prominent news websites. John began his career at the Toronto Star as a reporter and subsequently held a number of positions including City Editor, Weekend Editor, Arts and Life Editor, and Opinion Page Editor.

In addition to being a seasoned journalist, John also has experience with digital start-ups. As Managing Editor at Openfile.ca he was responsible for the day-to-day newsgathering efforts of a staff of editors and freelance reporters in six major Canadian cities.

John holds a Bachelor of Arts, English from Brock University and Bachelor of Journalism, High Honours from Carleton University. He is a native of Timmins, and is an accomplished photographer.