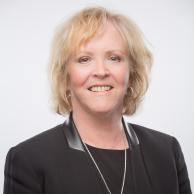 Jo-Anne Poirier is the President and Chief Executive Officer of the Victorian Order of Nurses (VON), Canada's longest standing, national, not-for-profit, charitable home and community care organization. Prior to joining VON Jo-Anne was the Chief Executive Officer of the Ottawa Community Housing Corporation.  Under her leadership, Ottawa Community Housing received several awards for excellence, including the 2011 award for Non-Profit Organization of the Year under the Business Achievement Awards of the Ottawa Chamber of Commerce.

With more than 30 years of experience in the private, public and not-for-profit sectors, Jo-Anne brings a variety of perspectives, with a long track record of leadership and community service.

Jo-Anne is actively involved in the community and on several Boards of Directors, including the Chair of the Audit and Finance Committee of the Board of Directors of the Children’s Hospital of Eastern Ontario and Vice-Chair of the City of Ottawa Board of Health.