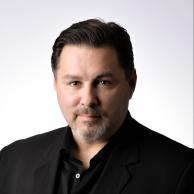 Conway Fraser has been in the communications business for more than 30 years, starting with a university campus radio show while still in high school in Sudbury.

Conway went on to study broadcast journalism at Canadore College in North Bay and political science at Laurentian University. He was hired by the CBC in 1991 and had an award-winning 18-year career in public broadcasting. He was fortunate to cover Parliament Hill and Queen’s Park, report from the Sydney Olympics, and work as an investigative journalist with a group of amazing colleagues and mentors.

In 2009, Conway left the CBC and co-founded Fraser Torosay, a strategic communications company based in Waterloo. He works with CEO-level and senior leadership – bringing his unique approach to communications into environments requiring a fresh narrative both internally and externally.

Conway is a strong community advocate and Rotarian who believes in volunteerism, having sat on multiple non-profit boards and serving as a volunteer advisor to several tech start-ups. He is married to his high school sweetheart and business partner, Angie. They have four amazing children and two fun-loving dogs.